My latest foray into community theater is a production of Romeo and Juliet.  My wife is the costume designer and is making most of the costumes herself.  The production is traditional Shakespeare, but we're using Pirates of the Caribbean as a setting inspiration.  The Capulets are based around the British of the 18th century and the Capulets are being dressed like pirate lords.  The sewing has been consuming my wife lately, but thankfully the production is in four weeks, so there is light at the end of the tunnel.

Last night we had some of the cast in partial costumes to take some promotional photos.  I took the opportunity to bring my camera and take some personal pictures.  Which I'm sharing here! 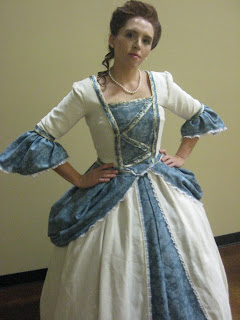 My beautiful wife as Lady Capulet. 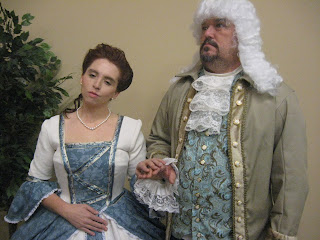 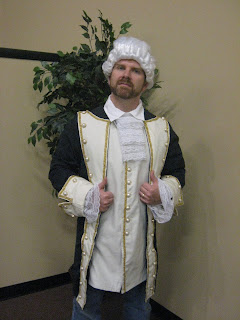 Me as Paris.  She's still working on the costumes and the pants aren't ready, so I'm wearing jeans here. 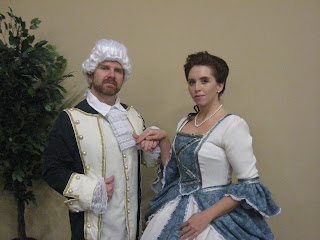 Me and my wife again.

And my wife made all of the costumes! I'll share more official photos if we get some closer to the show date.
Posted by Chris Bern, DVM at 11:02 PM