A few weeks ago I received an email asking if I would be willing to review a wireless video otoscope.  I've always wanted to use one so of course I said yes.  Currently my practice uses the Welch Allyn line of equipment so this was a bit of a departure for me.  I eagerly awaited the package and once it came I started taking it to work to get a feel for things.

Initial impressions:  Dang, this thing is small!  All of the video otoscopes I had previously seen at conferences were at least as large as my Welch Allyn unit, if not slightly larger.  The Firefly DE551* fits in one hand very comfortably. 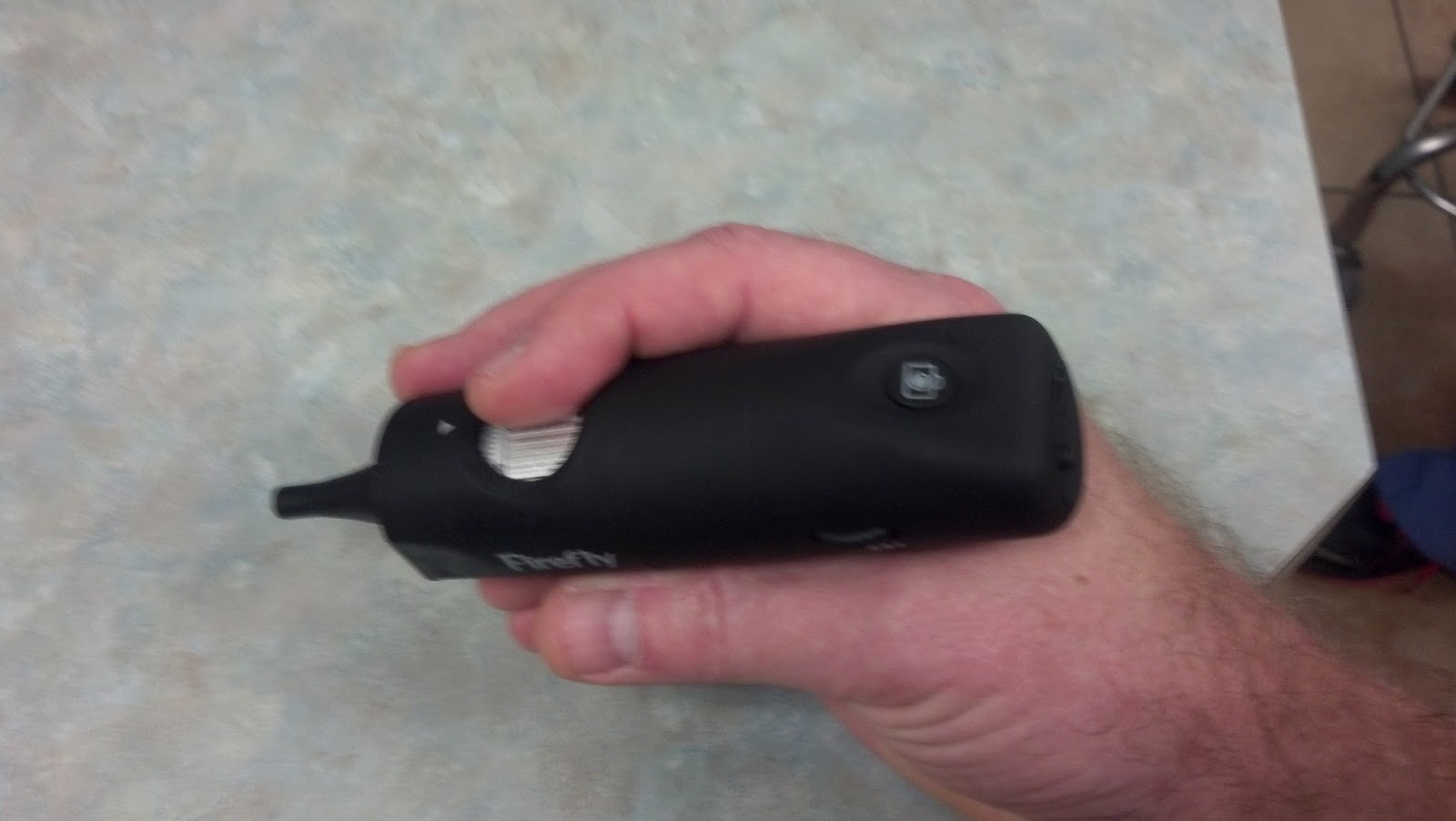 The silver focus dial sits right at the index finger, making it easy to change the dept of focus during the exam.  At the top of the unit is a single button that allows you to take pictures of the image, saving them for later use.  One drawback that I found is that this picture button is a little awkward as you have to use your other hand to push it.  I tried various positions and this was the easiest.  If you're the only one handling the pet this can be tricky to do without losing a good image.  But with an assistant this is a minor concern. 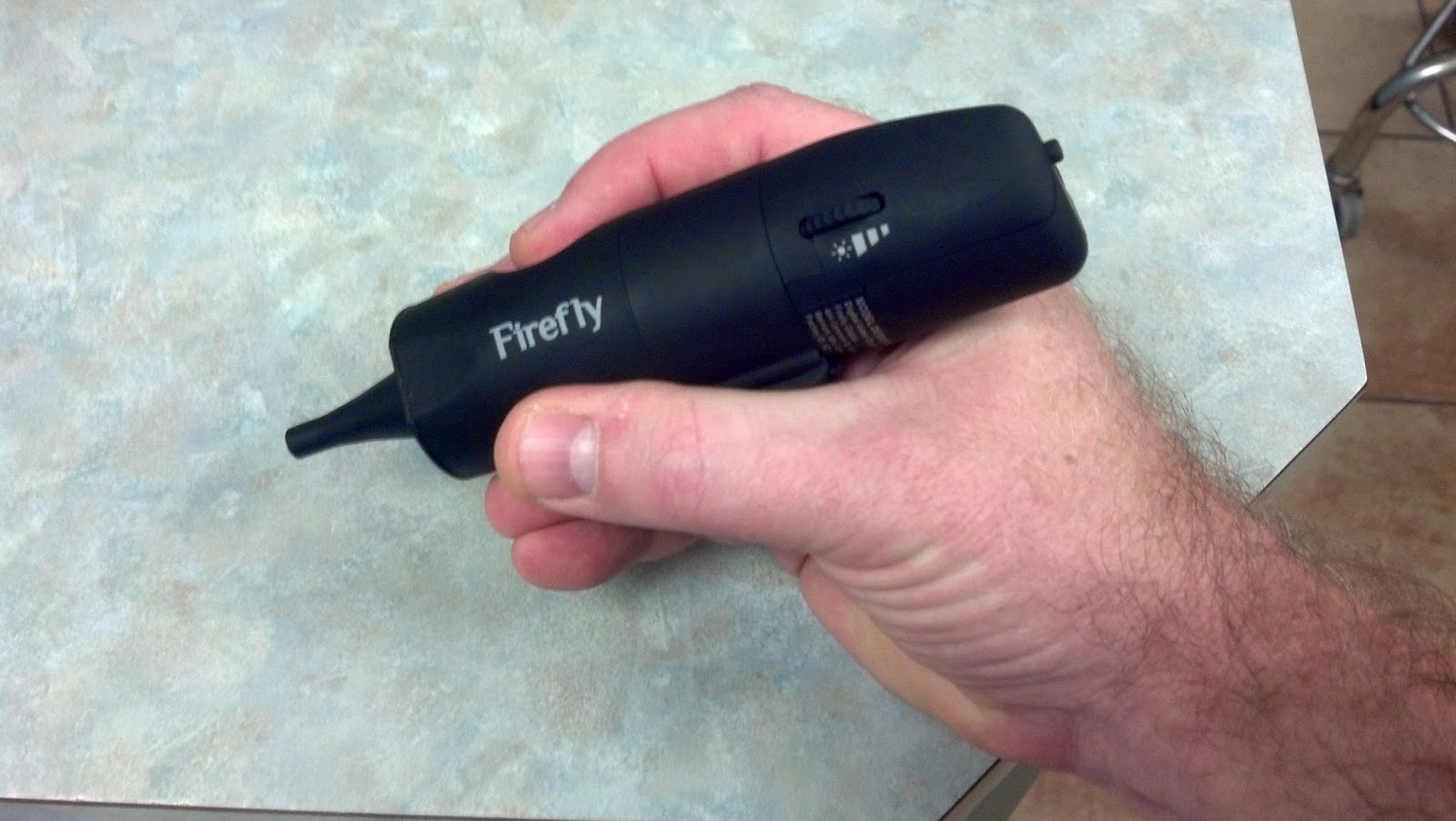 On the side is a dial that controls the brightness of the light.  Most of the time I left it at the brightest setting, though this may vary based on your individual preferences.

The unit comes with a set of disposable plastic otoscope cones.  It's pretty obvious that these are designed for humans, as they are very short and really don't go deeper than the vertical canal in a dog or cat.  Thankfully Firefly makes a set of metal veterinary cones.  These are much longer and work as well as a typical cone. 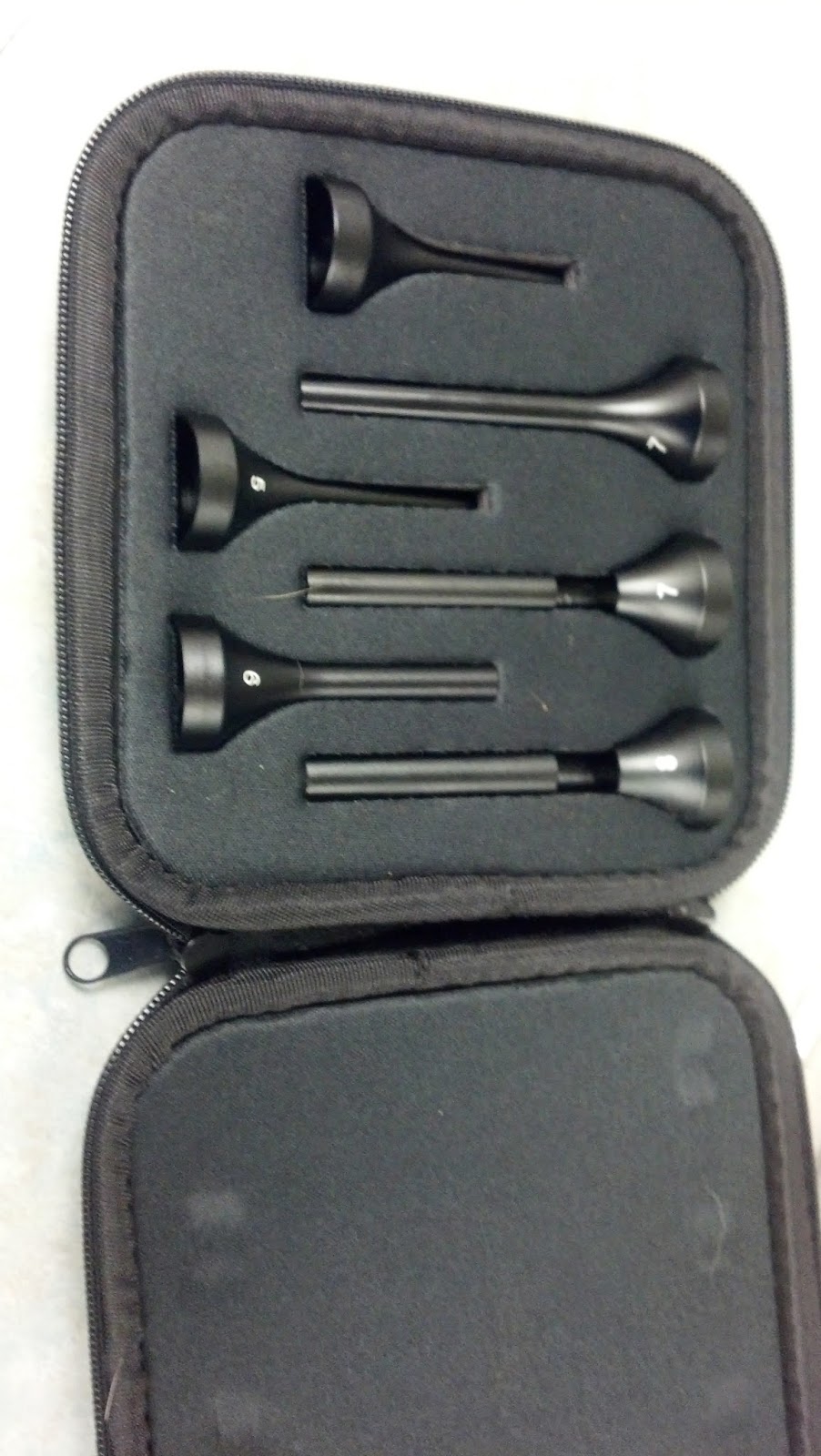 Here are some comparison pictures. The top image is the largest ones and the bottom is the smallest ones.  On the left is the Welch Allyn cones we use.  On the right are the two firefly cones. 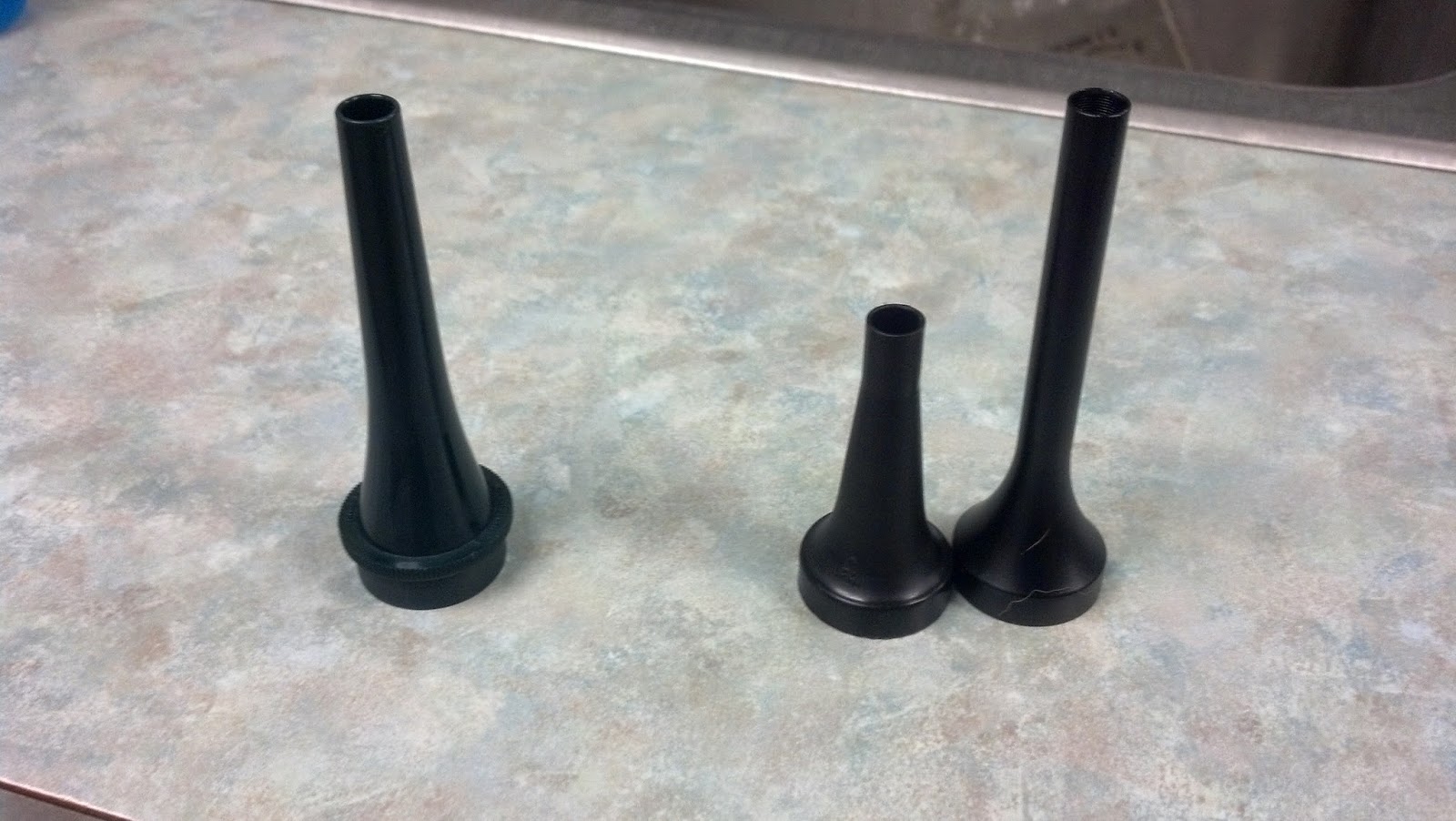 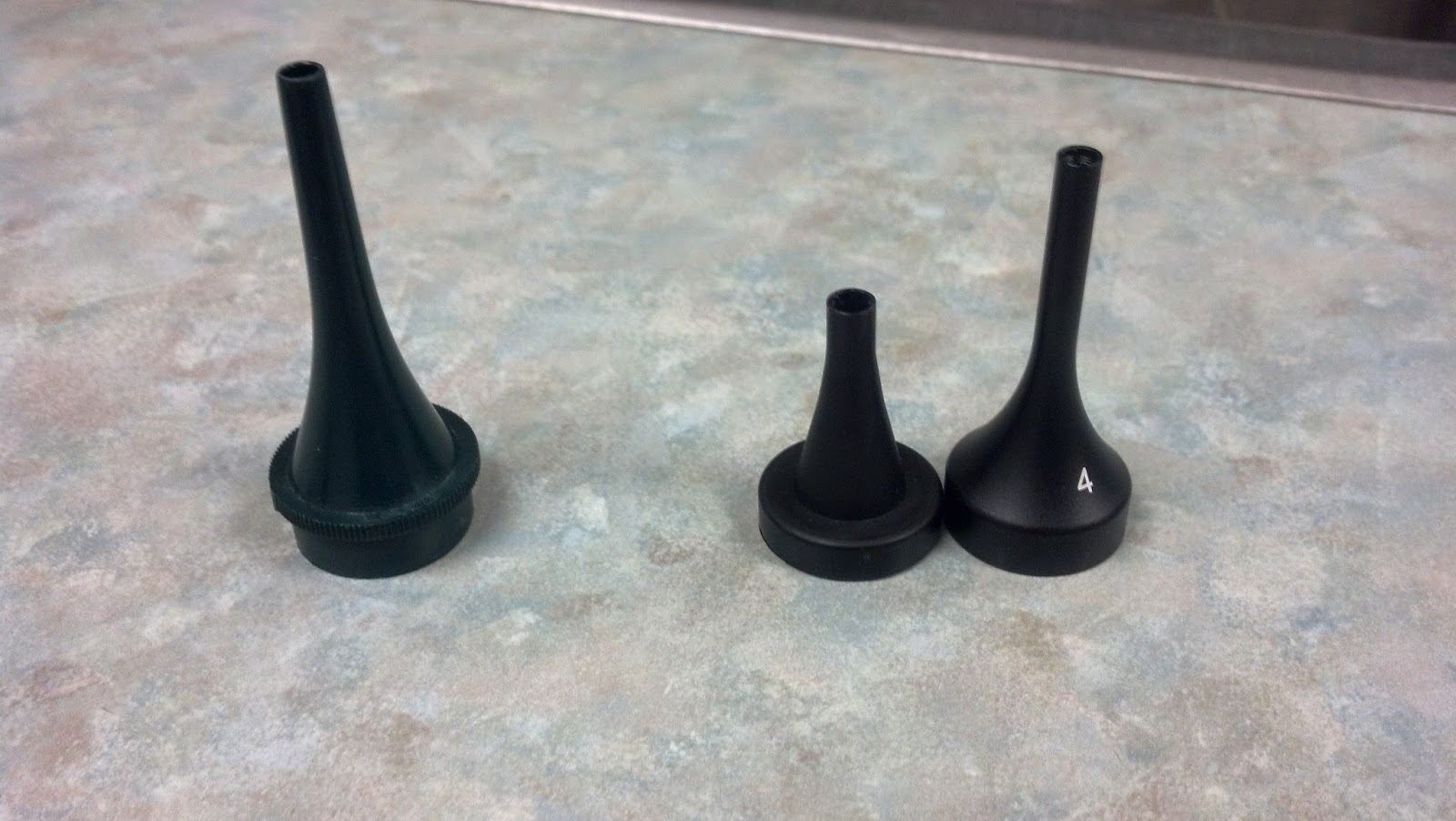 You can see how much smaller the plastic Firefly cones are.  I found the plastic cones that came with the unit to be pretty much useless for average veterinary use.  But the metal ones worked very well.  And I really liked the fact that they are metal rather than plastic!  In human medicine the cones are discarded after each patient, but in a vet's office we clean and disinfect them, then reuse them.  The metal cones will last much longer and stand up to rough use better.  I also like the fact that the standard set comes with cones that have open channels, which makes it easier to insert probes.

Here's a quick tip for any new users.  Make sure the cone is pushed all of the way into the unit.  I found that if it was partially seated it would feel stable but would have the potential to shift easily if the patient moved their head during the exam.  Pushing it firmly and deeply into place made this much less likely.

One of the things I like most about the Firefly otoscope is that it is wireless.  I don't have to worry about wires running around the room or getting myself, clients, or patients tangled in the otoscope cord.  The unit comes with a wireless receiver that fits into any USB port.  Since I only have one (so far) I chose to use my laptop on a Mayo stand, making it quite portable. 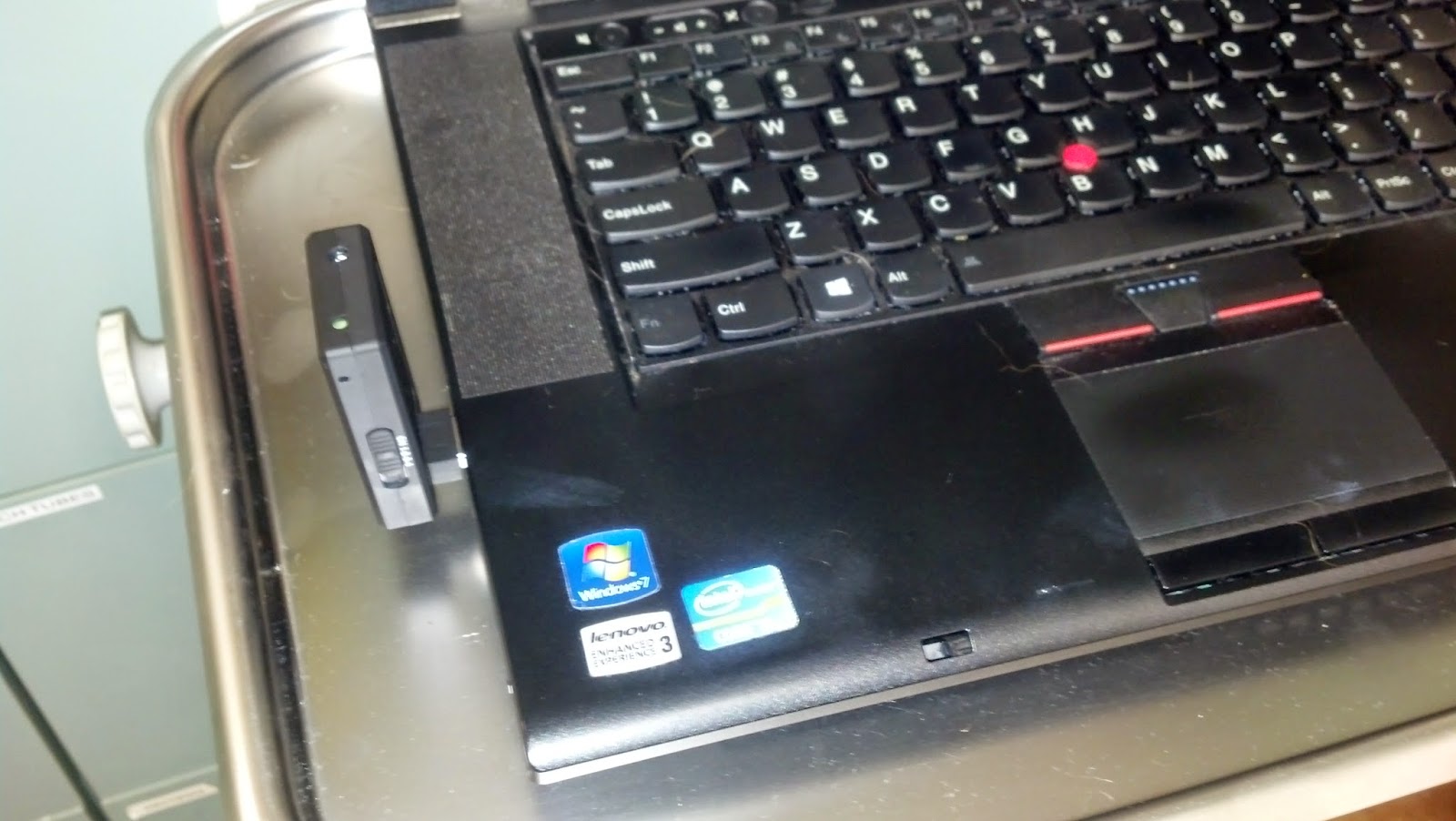 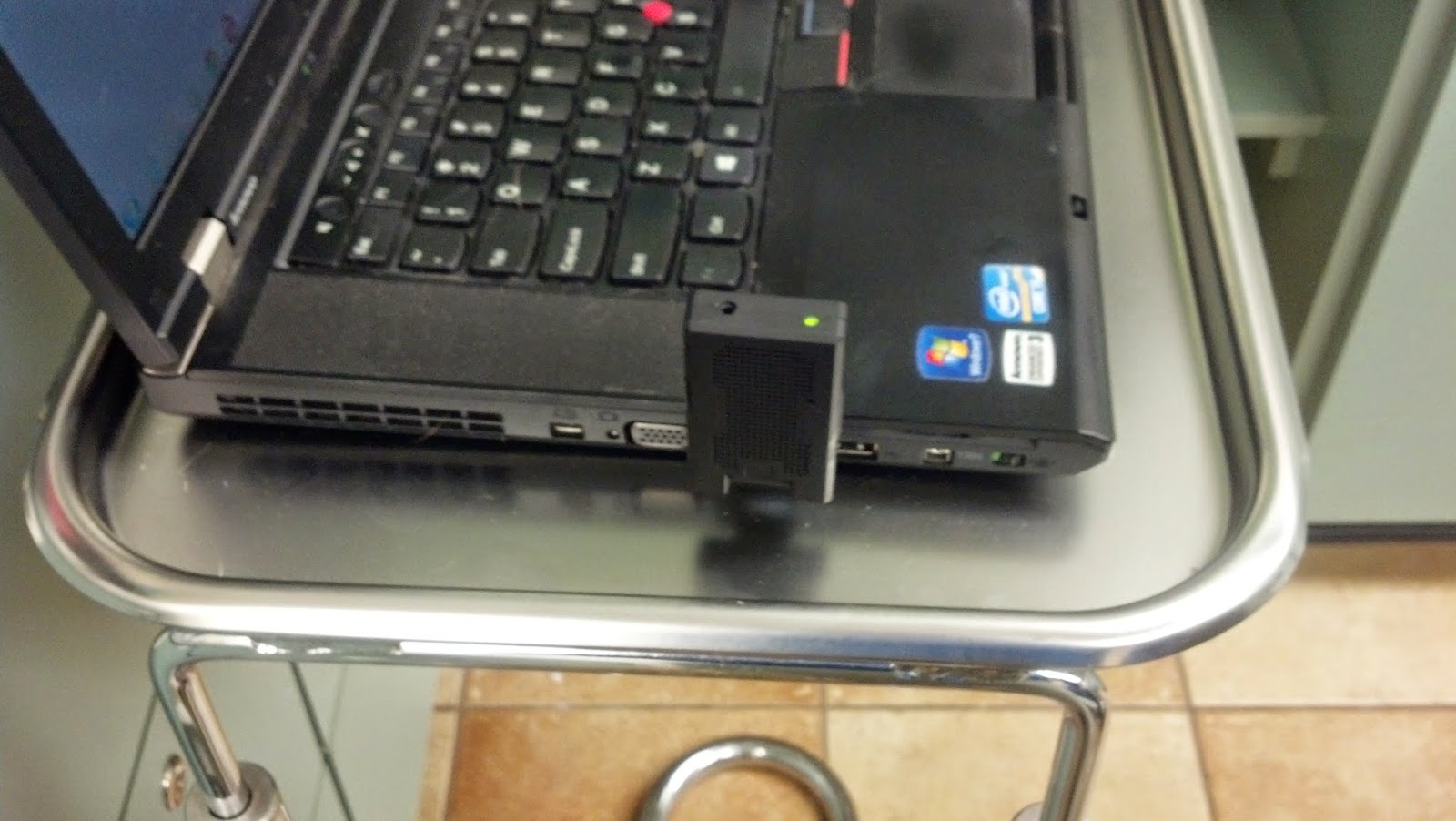 So that's the setup.  What about the image quality?  How well does it actually work?

Pretty good, actually.  I'm still getting used to it, so I'm sure that with more practice I'll be able to take better pictures.  There is a bit of a learning curve to getting the right position, focus, and lighting,  The images aren't quite as sharp as what you will see with specialists and in the text books, but I think this is an acceptable trade-off for the cost and portability.  Here are some pictures that I took during actual use. 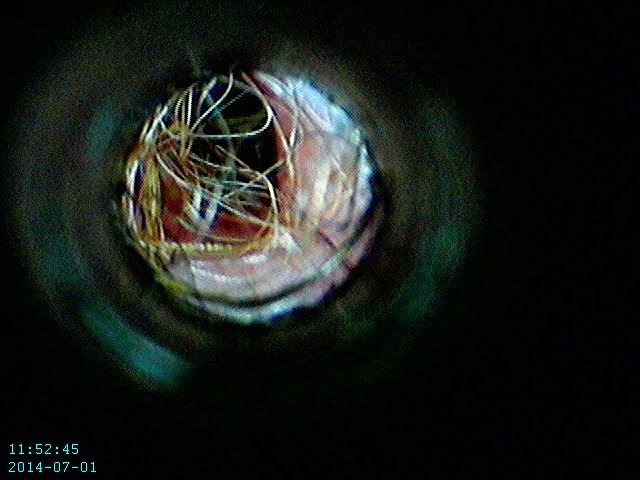 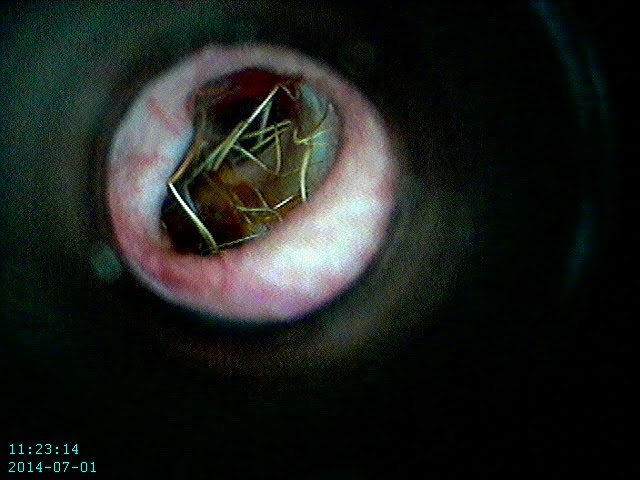 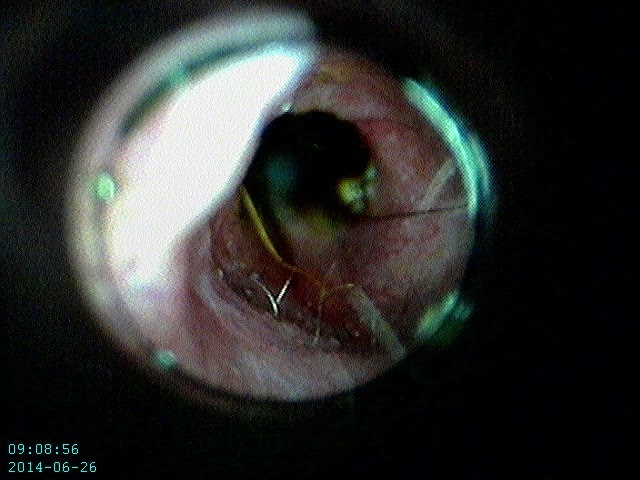 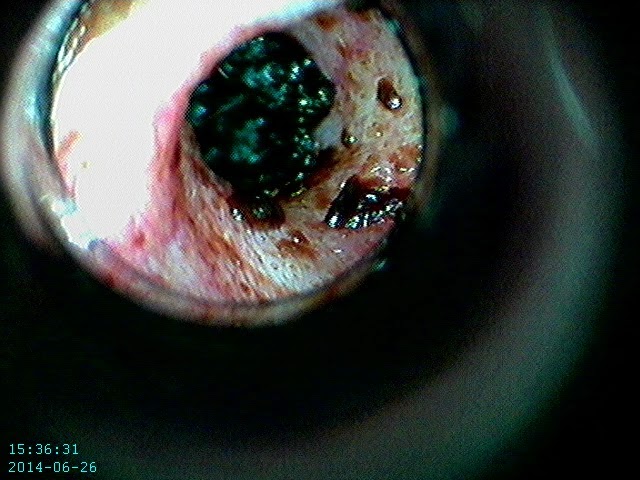 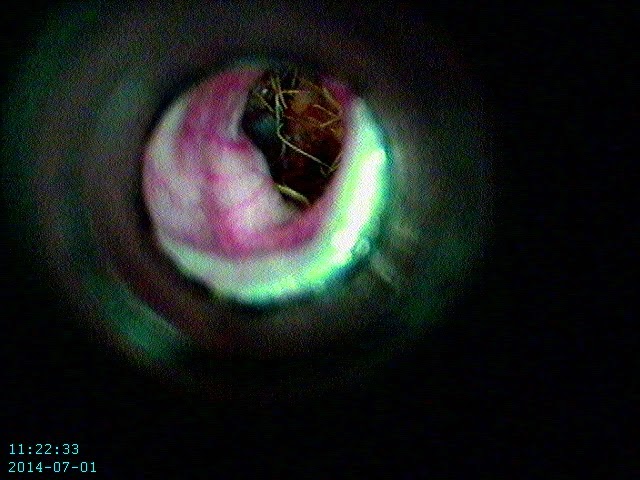 A nice feature is that the camera automatically stamps the time and date, making it easy to find the right image.  The images with the larger opening have the shorter cone and the smaller openings are the longer cones.  While I'd prefer to have the canal take up more of the screen, this is a factor of the cone itself, and is necessary to reach down in the long ears of dogs and cats.  I do like the magnification and the amount of magnification.

Another great feature?  Video!  You can actually record video of the exam.  I was going to show you two videos I recorded, but for some reason Blogger won't load them properly and gives me an error message.  So you'll have to trust me that the video option is one of the best things about the Firefly.  It allows you to record a full exam rather than just snippets.  The down side is that you have to start the recording from the software screen on the computer rather than the hand unit.  But once you hit the record button you can just use it like normal until you are finished.

Okay, so all of this is well and good, but why buy one of these instead of a traditional otoscope?  In my opinion there are three reasons.

1.  You can save the pictures and videos on the clinic computer or even the patient file (if your software allows this).  When you are doing follow-up exams you don't have to try and remember what the ear looked like.  And if you're doing a follow-up on another doctor's patient you don't have to try and figure out what the ear looked like from the written notes.

2.  This is an incredible teaching tool.  I mentor a lot of veterinary students and new doctors and it has always been a challenge for me to show them the inside of an ear canal.  Up until now I would have to get the otoscope in the right position, then bend out of the way so they could look, all without moving the scope.  Now I can show them on the screen at the same time I'm looking at it.  I can also record images and videos to show people in the future.

3.  This is probably the biggest one....client compliance!  I've never been able to show a client what their dog's ear canal looks like.  It can impress some people when I show them a cotton swab with the goo from their pet's ear.  But it makes an even bigger impression to show them what it looks like down in the ear canal.  The goo, wax, narrowing, inflammation...everything.  This brings the exam and client education to a completely new level.  But does it make a difference?  Yes.  During my trial period I had two clients who purchased ear cleaner when I showed them the wax plugs in their dog's ears.  A few other clients were visibly disgusted when I showed them what an ear with infection looks like and they truly saw what was going on in their own dog's ears.  Sometimes a picture really is worth a thousand words, and a single image can carry far more weight than anything I describe.  I have already seen better compliance with ear care and infection treatment when I use the Firefly compared to when I don't.

This particular Firefly unit has a MSRP of $399.  In the USA it is sold through Henry Schein Vet.  For customers outside of the US they recommend contacting them to find your local distributor.

So what's the final verdict?

Pros:  Incredibly small and fits easily in the hand.  Ability to record and save images and videos.  Metal cones are very durable and easy to clean.  Great teaching tool.  Very convincing to clients and increases their acceptance of treatment plans.

Cons:  Image quality is good but not exceptional.  Standard otoscope cones are too short, necessitating having to purchase an additional set of cones.  Camera button isn't easy to use with one hand.

Overall I think that the cost is minimal when you keep in mind the ability to keep better medical records and increase the compliance of clients.  In just a couple of weeks I generated nearly $100 in revenue that I might not have otherwise.  The price of the Firefly makes it very economical and easy to recoup the cost.  Any of my concerns are minor and far outweighed by the benefit of having it.  I really think that the more I use it the more I'll like it.  And I would definitely recommend it to anyone else.

*  The geek in me absolutely loves having a Firefly.  I have always been a huge fan of the short-lived TV show Firefly and smile every time I think "I have a Firefly".  Yes, this has nothing to do with the review and didn't influence my opinion.  Just one of the personal things that makes me happy!