My last post made me think about all of the animals that actually made it into comic books as the pets of superheroes or superheroes themselves.  For those of you who aren't major comic geeks like I am, there have actually been quite a lot of them over the years, even into recent times. 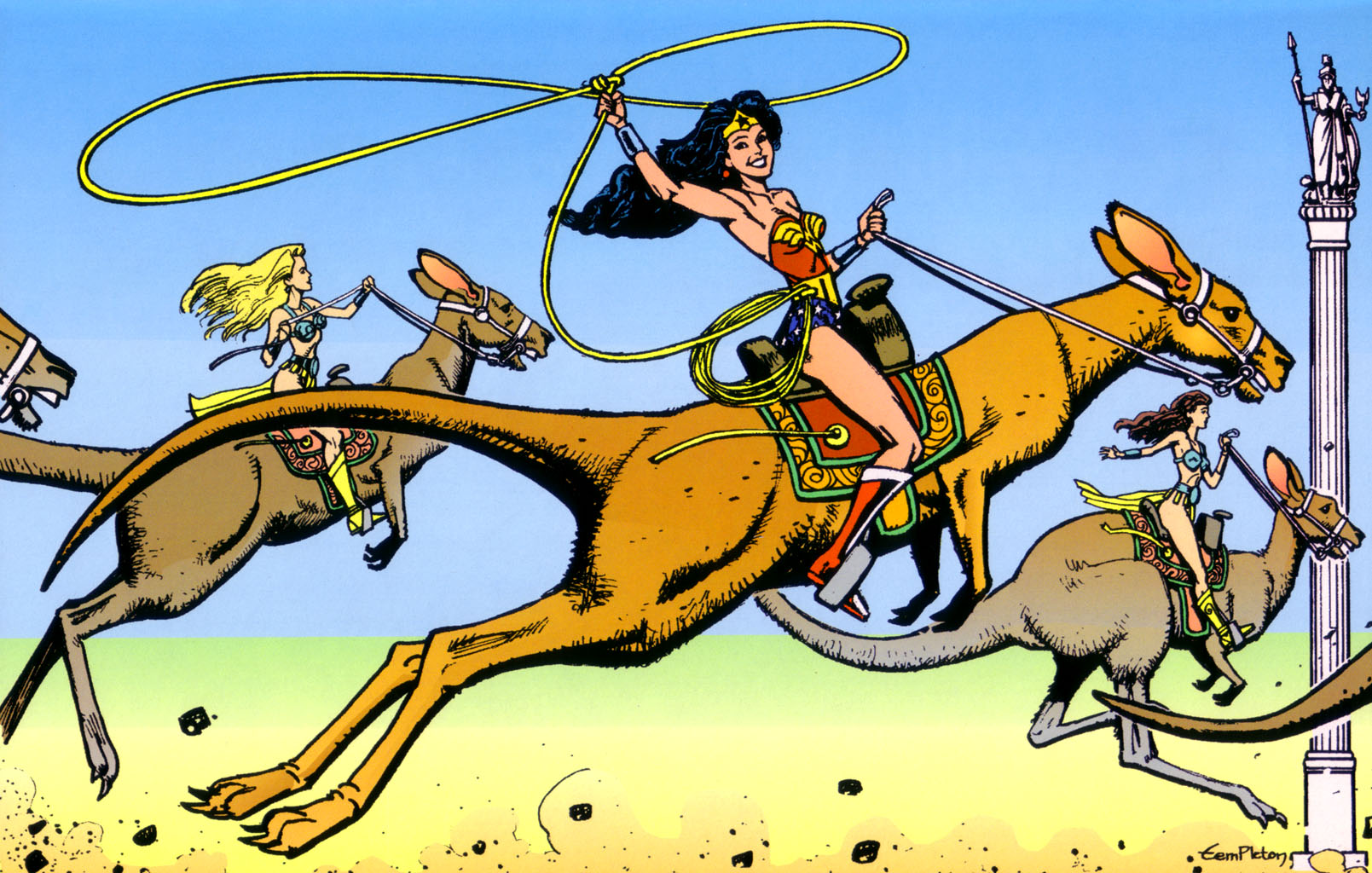 Yes, this is actually one of the strangest entries in this area.  On Paradise Island the Amazons don't ride horses, they instead have mounts that are actually aliens that resemble giant kangaroos. 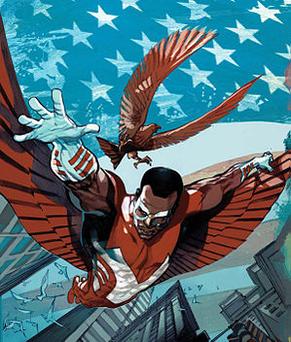 In Marvel Comics the superhero Falcon has a falcon with whom he shares a telepathic bond.  I wonder if they'll ever include that in the Marvel movies. This is probably my favorite superhero pet!  Lockheed is actually an alien creature that resembles a small purple dragon.  He met Kitty Pryde on one of the X-Men's adventures in outer space, and became her closest companion.  He has a really fun personality, and dragons are just cool! 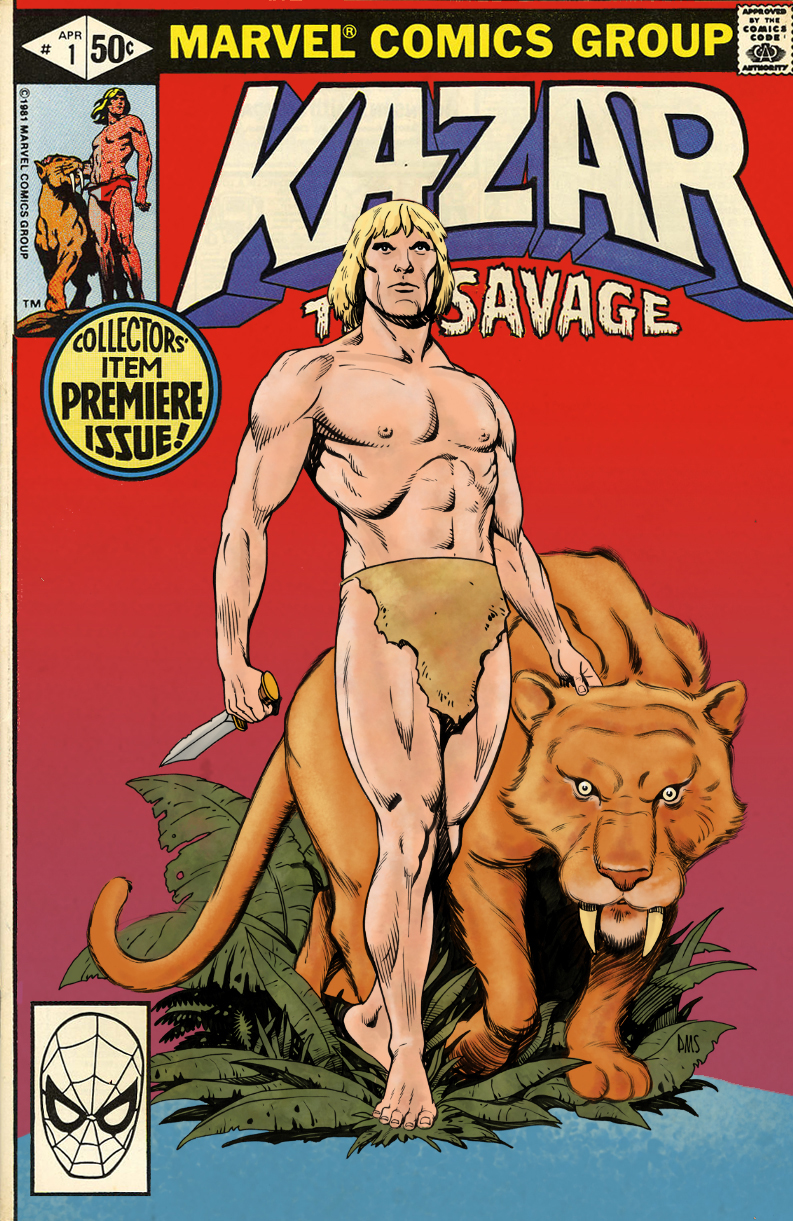 A lesser-known hero, Ka-Zar has a lot in common with Tarzan, except he lives in a prehistoric jungle rather than the wilds of Africa.  His constant companion is a sabertooth tiger.  How cool is that? 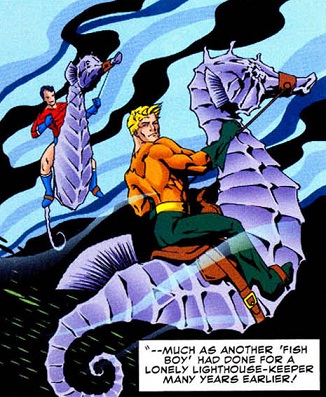 As one of the biggest Aquaman fans you'll meet, I'll admit that these two have contributed to the unfortunate misconception that the King of Atlantis is too silly.  A giant seahorse steed and a giant octopus friend?  Yeah, I'll admit that they're not the best pets to enhance Aquaman's image.  Thankfully they updated Topo a bit in recent years.

With the Inhumans showing up on the Agents of SHIELD TV show and an Inhumans movie planned, hopefully we'll get to see Lockjaw on the screen.  A teleporting giant bulldog/mastiff?  What's not to love?

Over the decades Ace has gone through several incarnations, but the idea of a "Bat-Hound" keeps coming back up.  He was even featured in an animated series with Krypto the Super-Dog. 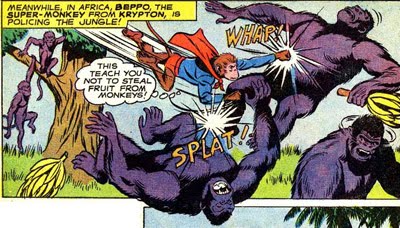 As if Superman and Supergirl weren't already powerful enough, writers have added several similarly powered animals to their family over the years.  While many people know of Krypto, the super-dog, fewer know of Streaky the cat, Comet the horse, and especially Beppo, the super-monkey.  And if that wasn't odd enough, at one point all of these animals joined together as the Legion of Super-Pets! 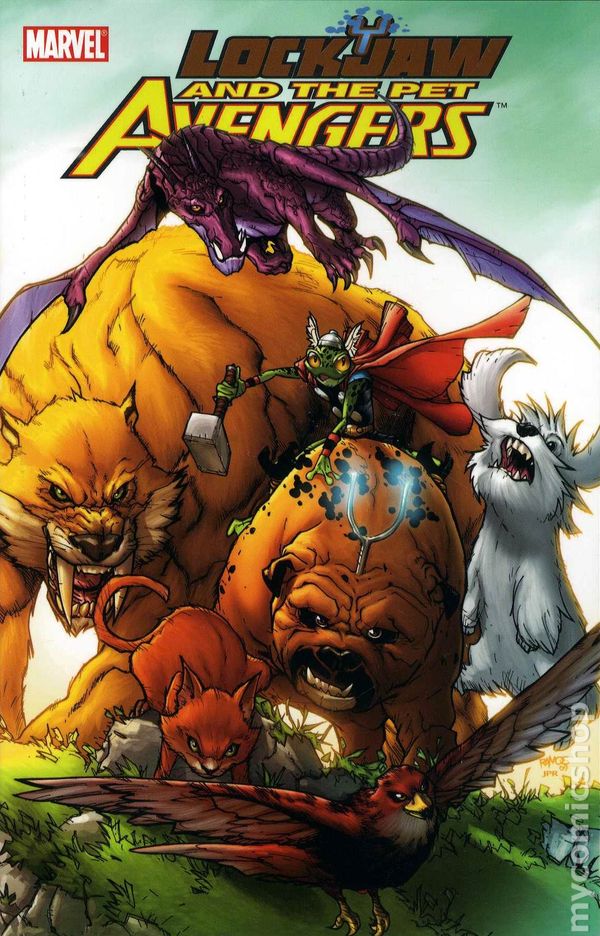 And not to be outdone with animal super-groups, Marvel brought together several of their super-animals to form the Pet Avengers (even though only a couple of them had masters who were ever Avengers).

Okay, all of this is cool (at least to us comic nerds), and I'm waving my geek flag high right now.  But besides sharing that side of myself, why else bring it up in this blog?

Because earlier this year I started thinking......these super-animals need care as do mundane pets.  What would it be like to be a veterinarian for them?  Can you imagine a waiting room with Batman, Falcon, and Supergirl sitting their next to their respective pets?  And what kind of specialized equipment would I need to treat them?  Since Krypto is as invulnerable as Superman, it would be pretty tough to immunize him against parvo.  And with his super immune system and alien physiology would he even be able to become infected with it?  How would you go about analyzing blood tests on a dragon-like alien? The questions are endless and incredibly fascinating to a comics fan like me.

I've actually considered sitting down and trying to write a story or even a novel about this exact scenario (so this is me officially declaring that this is my idea.....don't go stealing it!).  The main character would be a veterinarian and he would be trying to treat problems in the pets of superheroes.  Perhaps a super-villain has created a virus that is infecting all of the super-animals, even though it's across species!  And the hero-vet must find a way to stop the disease, thus saving the pets of the worlds greatest heroes!  Maybe this vet has powers himself, such as x-ray vision, microscopic vision, or the ability to actually speak to his patients.

Not that I have time to write more than some blog posts here and there.  Still, the idea keeps rattling around in my head.  If I can squeeze the time and work out a good plot outline I may give it a try.