When I was 14 years old I started working for a local veterinarian, beginning in the kennels and working my way up through the rest of the clinic.  I stayed with that vet for about 13 years, up through graduating from vet school.  Dr. John Strasser was an incredible vet, businessman, and mentor who has influenced me as a vet and a leader.  But he influenced me in other ways.  You see, Dr. Strasser bred English bulldogs.  He is still known and respected for his knowledge and skills with the breed.  Growing up working for him I also gained a love for bulldogs, and have kept that love ever since.

For the last 30 years I have dreamed of having my own bulldog.  But as expensive as they are it simply hasn't happened.  At least, until now.

A few days ago I picked up our new addition, a nine week old puppy that we have named Gimli.  Being a big geek family, we couldn't pick a typical pet name.  For many years I had debated in my mind what I would name a bulldog, and the dwarf from The Lord of the Rings seemed like perfect inspiration.  Outwardly Gimli is short, stocky, strong, and gruff.  But all of that covers a truly caring, soft interior.  Sounds like a bulldog, right?

Here is Gimli as portrayed by the incredible John Rhys-Davies. 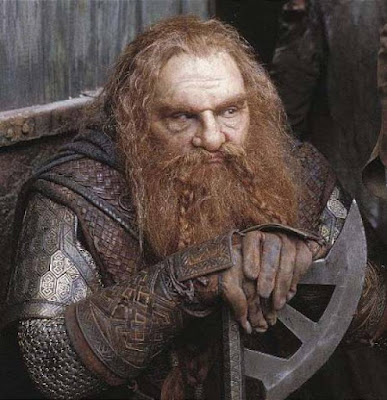 And here is our own little Gimli. 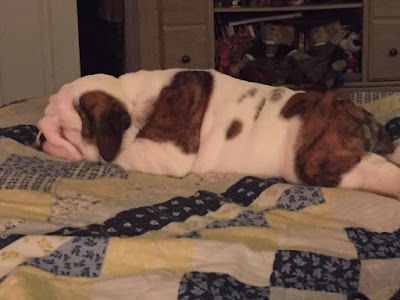 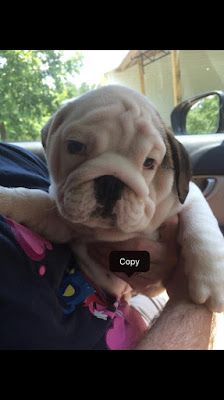 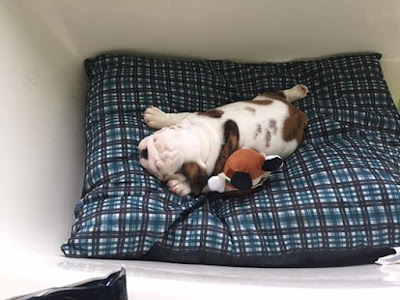 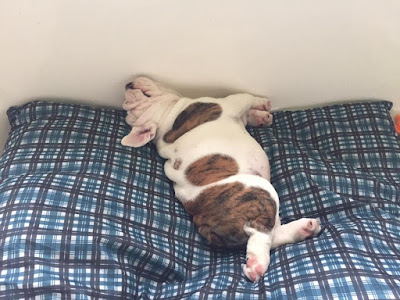 Yes, as a veterinarian I know exactly what I'm in for and the plethora of medical conditions this breed can have.  But I was ready for that after having been around this breed for three decades and having seen the best and worst cases.  But even so I can't help loving these little butterballs.  They are so ugly they're adorable, and they usually have the best personalities.

Of course we're having to go through the typical puppy situations.  We're working on housebreaking, getting the other pets used to him, and dealing with him wanting to chew on things.  The hardest part is that he has the idea that 6:00 am is the perfect time to get up and start barking, and he won't settle down after that.  I'm definitely not a morning person, and his wakeup time is about 90 minutes earlier than my typical one.

Even with all of the new puppy issues, I couldn't be happier.  This is a dream come true, and something I've wanted for the majority of my life.  He is very calm and personable, content just to be held and cuddled.  He's also very curious and has the most adorable expression when something catches his interest.

I'm losing some sleep, but it's worth it to have such a great dog.
Posted by Chris Bern, DVM at 10:45 PM