Time to move away from veterinary medicine for a little while and share a bit of the non-vet side of my life.  Long-time readers will be familiar with my forays into "cons", the popular name for sci-fi/comic/fantasy conventions.  Every year for the last 10 years my family has attended Dragon*Con in Atlanta, Georgia, one of the largest such cons in the US.  Every labor day weekend it takes over downtown Atlanta with events in at least five hotels.  We've been big into "cosplay", the common term for costuming at such events, and have had some pretty spectacular ones.

Five years ago my wife was invited to be a calendar girl in a then fledgeling product called "Girls of the Con".  It was a great experience and showcased women in various kinds of costumes.  What impressed me (and continues to do so over the years) was that it wasn't just skinny, buxom women in skimpy clothing.  My wife wore a Victorian outfit with little skin showing and there were women of all body types.  She got to know the producer of the calendar over the years and when they decided to make a 5th Anniversary calendar my wife was again invited.

The calendar release party is always during Dragon*Con, and this year was at the Hard Rock Cafe in Atlanta.  Since she was going to be attending as one of the calendar girls and signing autographs she wanted to look good.  We debated which costume for her to wear and eventually settled on the DC Bombshells version of Black Canary.  For those who aren't as familiar with comic books, this is a line of statues, and now comic covers, featuring various DC Comics superheroines and villains designed in the style of 1940s pinup girls.  Because Green Arrow is one of my favorite superheroes of all time she and I have costumed as him and his lady-love, Black Canary, so this was a natural costume for us to consider.  Plus, the costume was fairly simple and sexy without being too revealing.

Here is what the statue and comic cover look like: 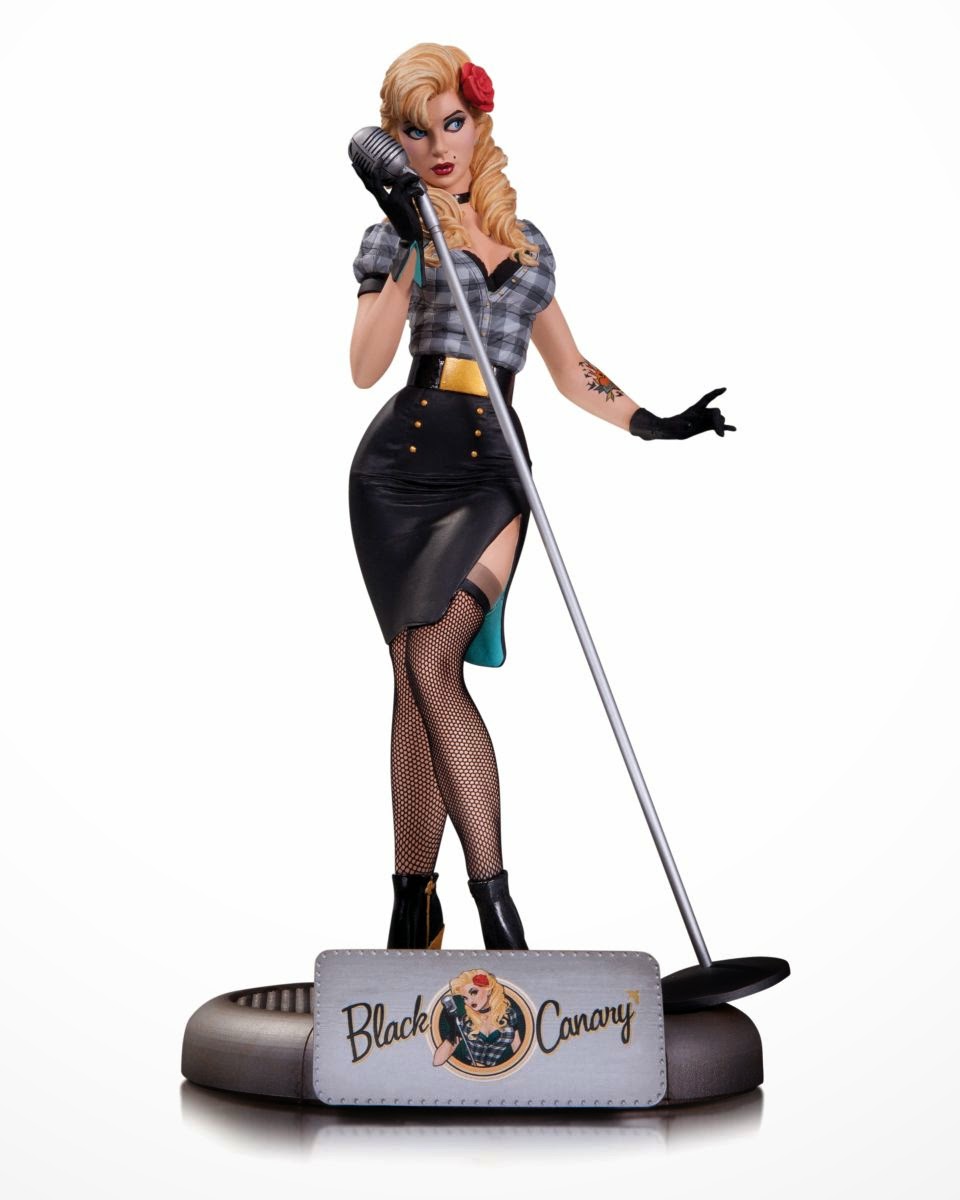 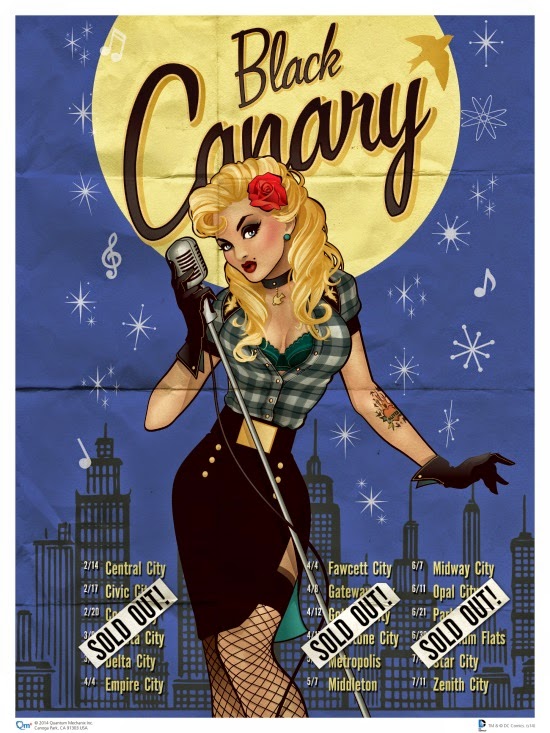 And here is my wife's interpretation, with her costume hand-made.  She's naturally a brunette, so this is a blonde wig: 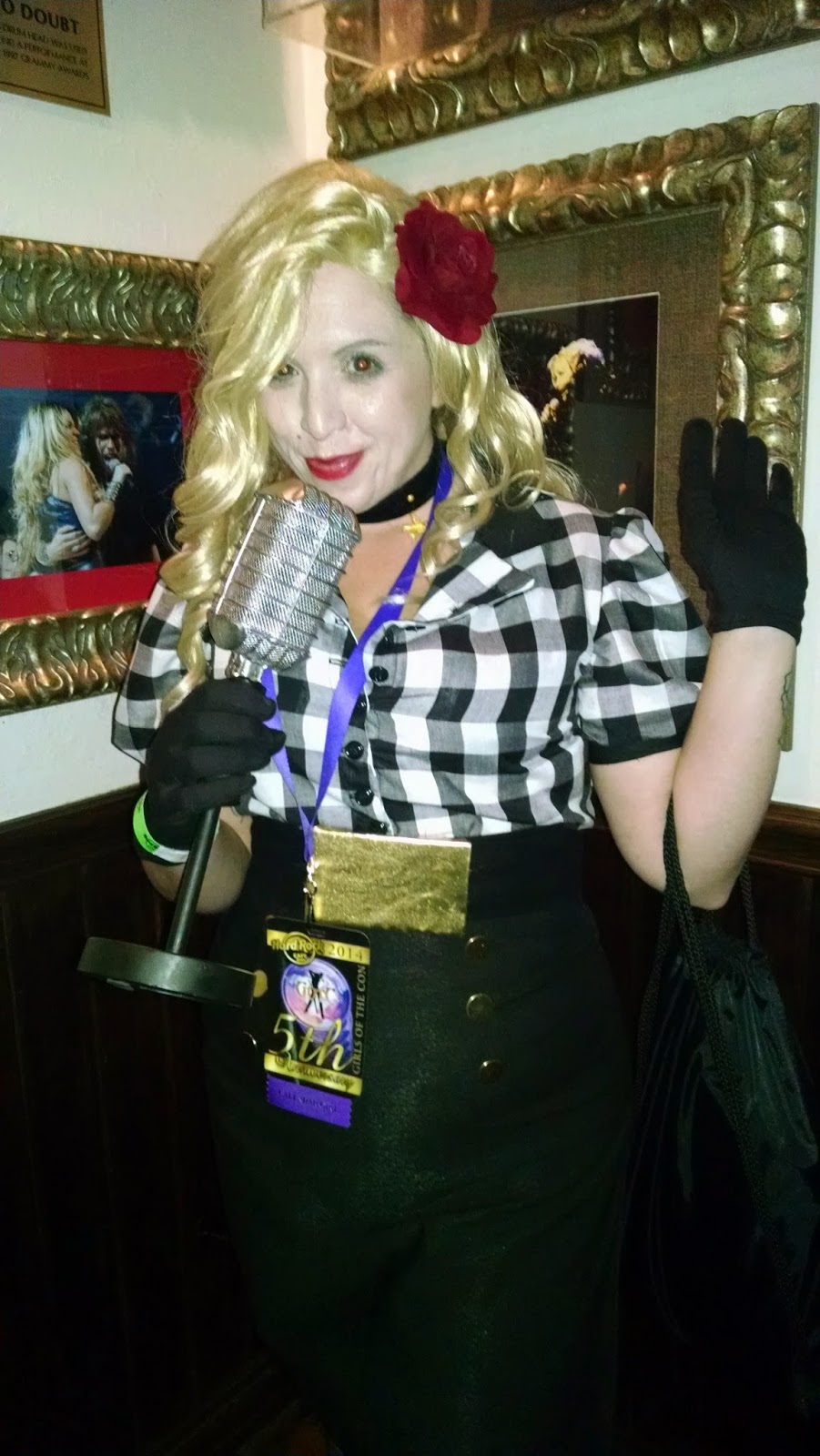 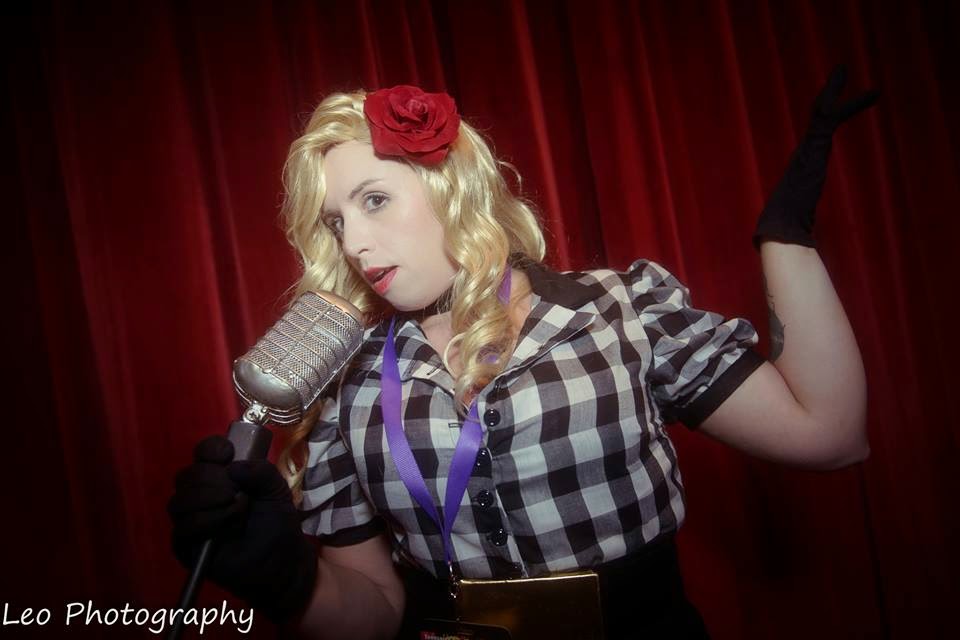 Since we were going to the party together, we wanted to match.  We started wondering how we might do Green Arrow in a similar style, and a zoot suit quickly came to mind.  She made this as well, and we added an arrow on the fedora and a bow-and-arrow tie tack. 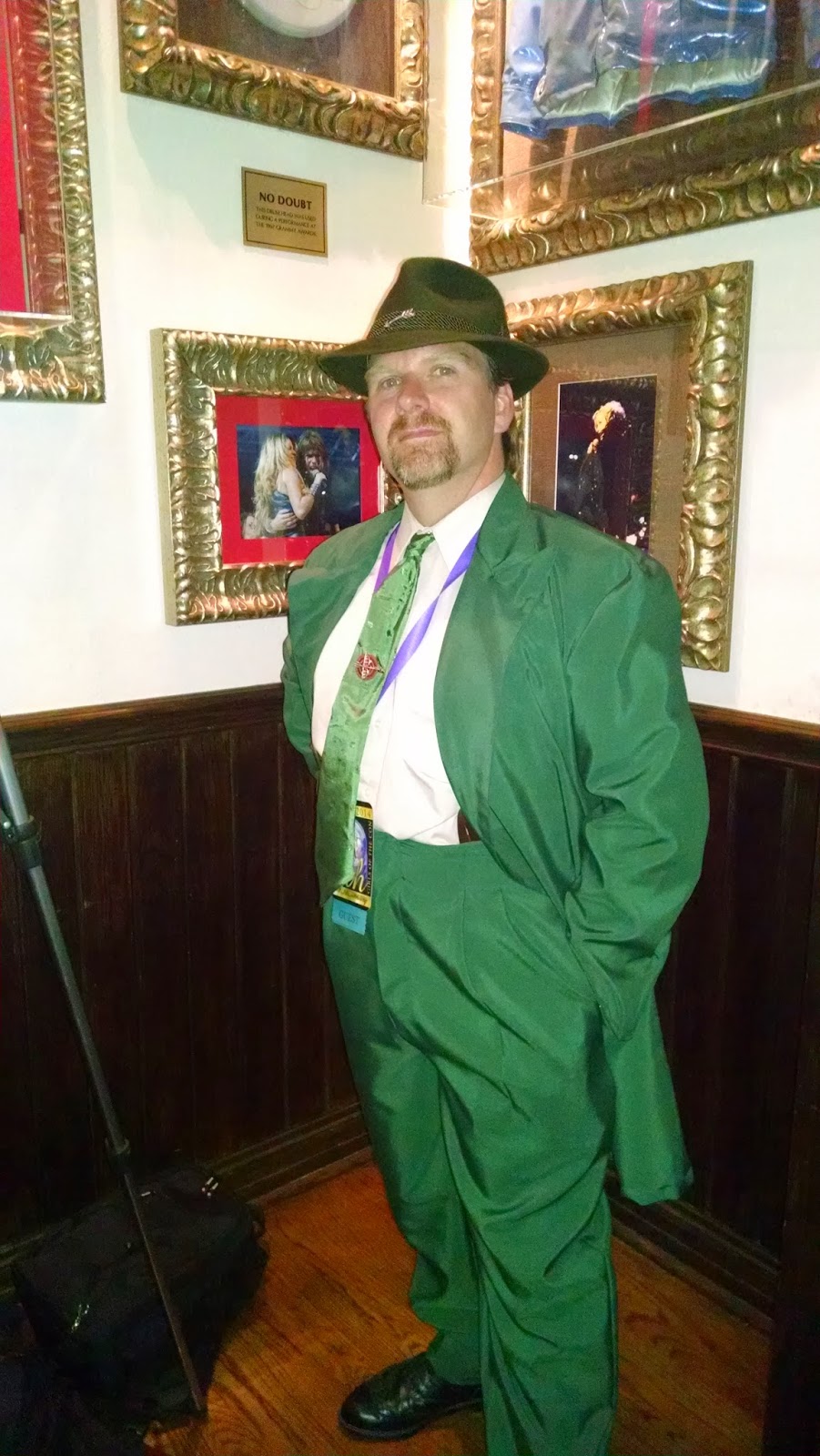 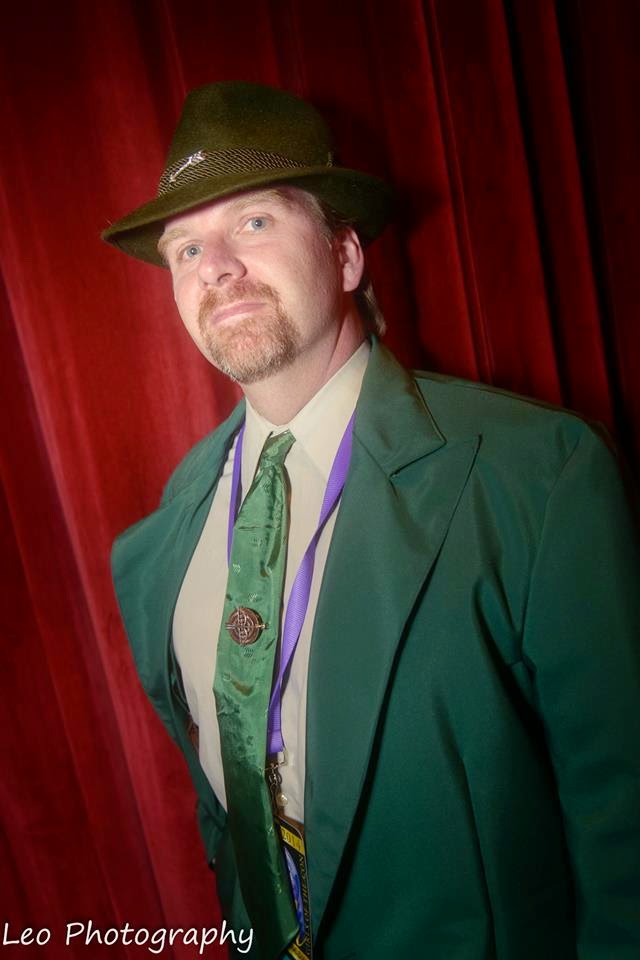 Here we are together: 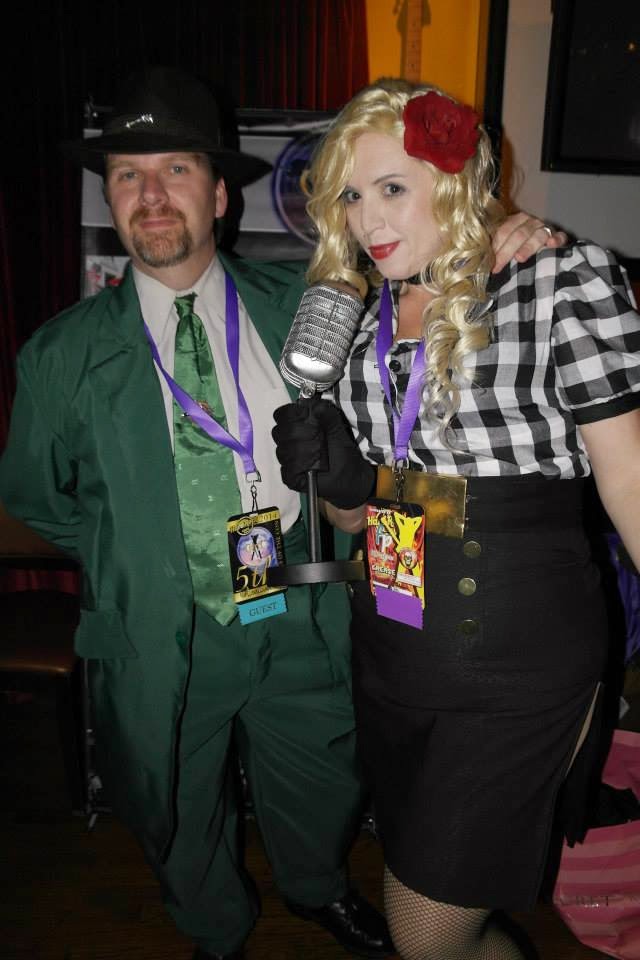 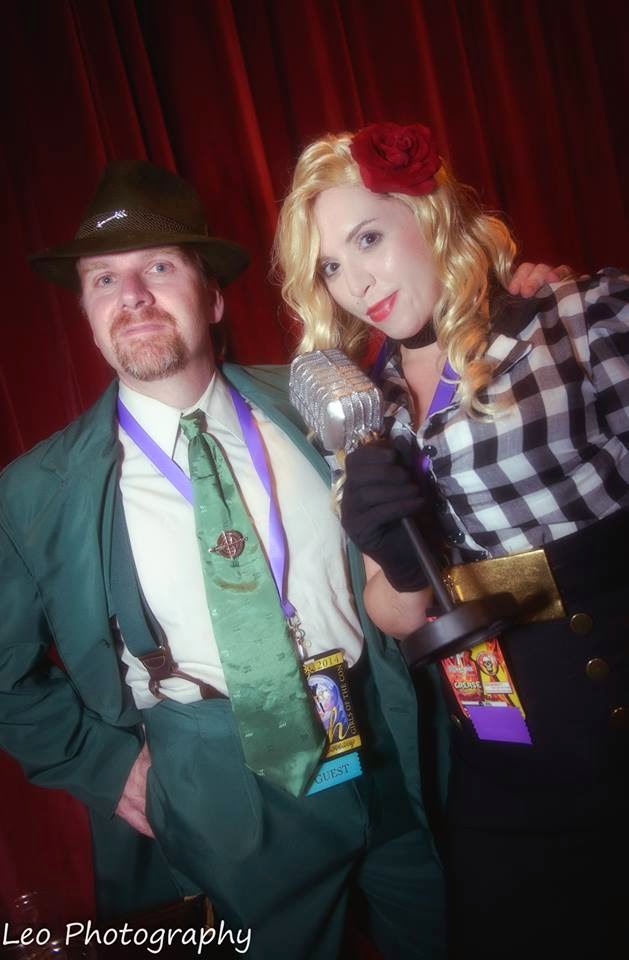 We both love the clothing and music of the 1940s, so this was a fun costume set for us to do.  It's also one that we plan on wearing again.