A Dog With A Shell

Recently I saw something new, which after over 17 years in practice becomes more difficult.  This is something that I've only ever heard about in text books and never seen in person so this excited me.

This dog came to us from a nearby pet store for a routine outpatient nail trim, something we'll occasionally do.  When it walked in we were shocked at the visible condition of the skin.  This looked like one of the worst skin infection possible and I was worried that the dog was being neglected.  Even though he wasn't being seen by a doctor, I went over to take a brief look.

When I touched the skin my eyes became wide with surprise.  The skin was hard!  And we're not talking about "I have inflammation and my skin is thickened and tough to bend".  We're talking "I'm part turtle" hard!  The affected areas of the skin were literally as hard as rock and formed a shell over those parts of the dog's body.  Take a look for yourself! 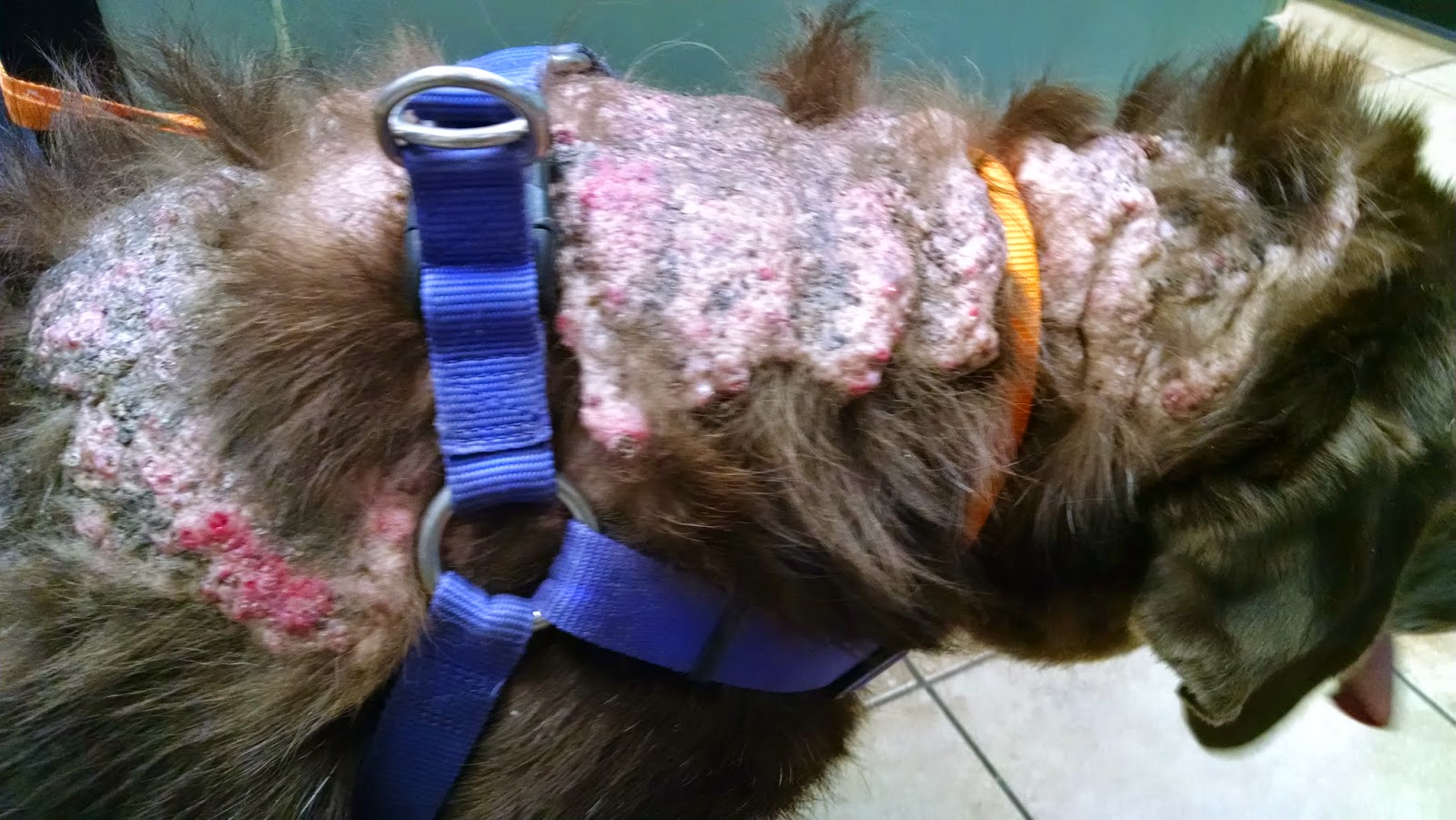 Right away I knew what I was seeing even though I had never been faced with a case of it.  This is a condition called calcinosis cutis and results when calcium deposits form in the deep layers of the skin.  Most commonly this happens as a consequence of Cushing's disease, a disorder where the body over-produces glucocorticoids (steroids), but it can also occasionally result from diabetes, chronic kidney disease, and some forms of cancer.  Blood calcium levels can become persistently high, leading to deposits under the skin.

Most of the time this results in small, localized plaques of little consequence by themselves.  Sometimes the problem becomes generalized, with calcified skin over a more generalized area of the body.  This particular dog beat even that!  I could get my fingers under large sections of calcified skin, tap hard on it, and even try to move it.  This was thick, hardened skin unlike anything I've ever seen.

We talked to the owner and she was well aware of the problem.  Her dog did have Cushing's disease and was being treated.  She had been to several vets and each one was astonished (as was I) at the extent of the problem, never having see it that bad.  Unfortunately once the skin calcifies it's irreversible and you have to make the pet as comfortable as possible while treating the underlying condition.  This dog had permanent, severe skin damage in addition to the other symptoms of Cushing's disease.  And surprisingly he seemed like he was in good spirits.

I feel really bad for the dog and for the owner, but at the same time this was one of the most interesting things I've seen in a long time.
Posted by Chris Bern, DVM at 3:24 PM