In my last post I showed off an ice hook I made for a costume my daughter will be wearing.  To continue the theme let's look at something I made for my own costume.  We're doing steampunk versions of characters from Peter Pan.  My wife is Tinker Bell, I'm Captain Hook, our daughter is Wendy, and our son is Peter.  I'll post pictures of the finished costumes at a later time, but for now I wanted to show off the hook I made for my costume.

I started with two inexpensive plastic costume pirate hooks.  One simply for the base that goes around the hand.  The other we found at a seasonal Halloween store and bought it because it had a more elegant design than typical hooks.  Definitely had a Victorian/steampunk look to it.

So then the question becomes, how to make it "steampunk"?  One of my favorite places to shop for cosplay is our local Habitat For Humanity store.  This is a thrift store, but they also have leftover hardware from when they make homes for low income people.  For making steampunk costumes you'd be hard-pressed to find a better store.  In this case I found a door handle mechanism that had just the right mechanical look and was a little worn, creating a great aged effect.

Then it was just a matter of spray painting the base, gluing the pieces together, adding a gear in an appropriate location, and some copper coils to enhance the look. 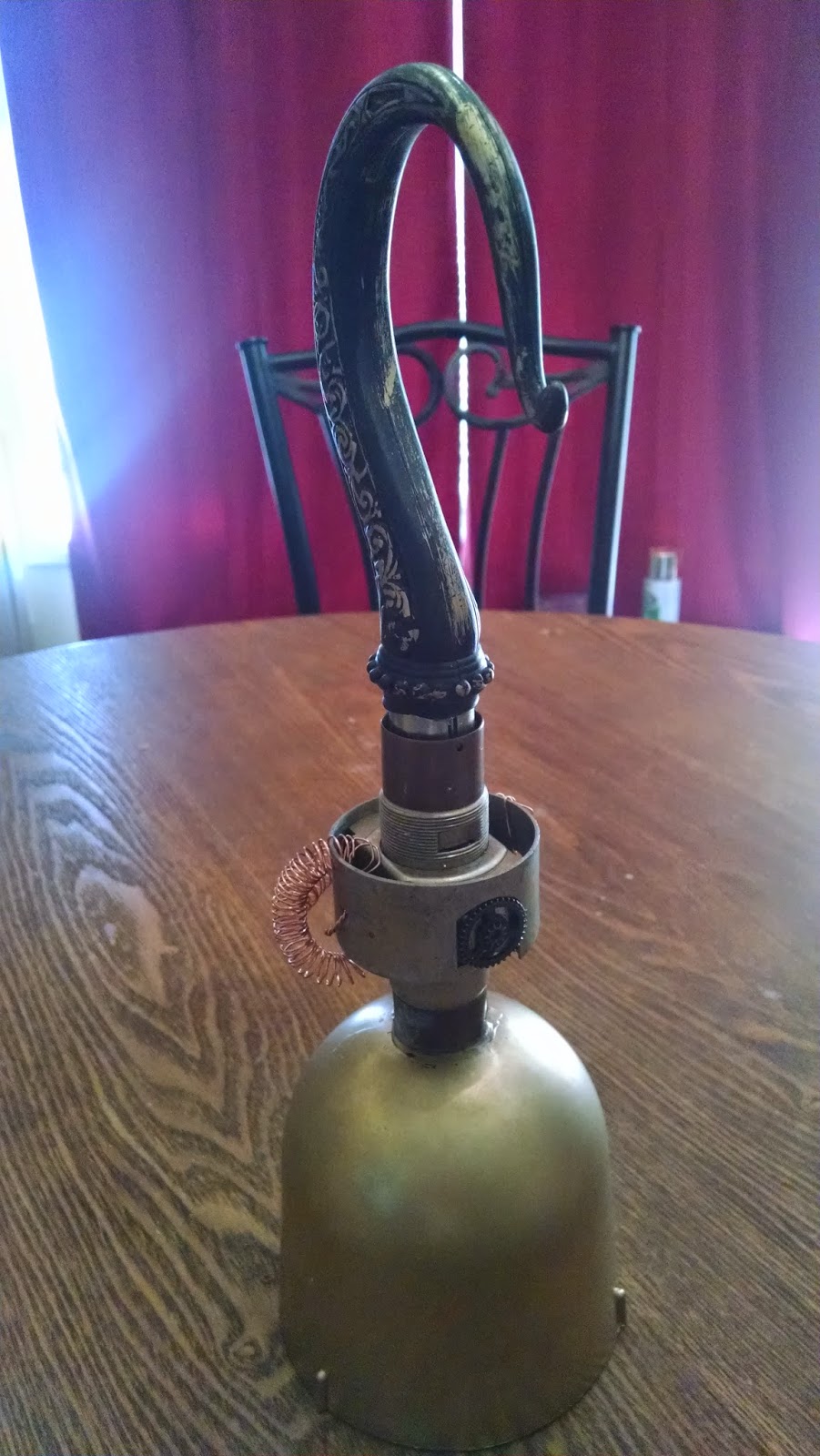 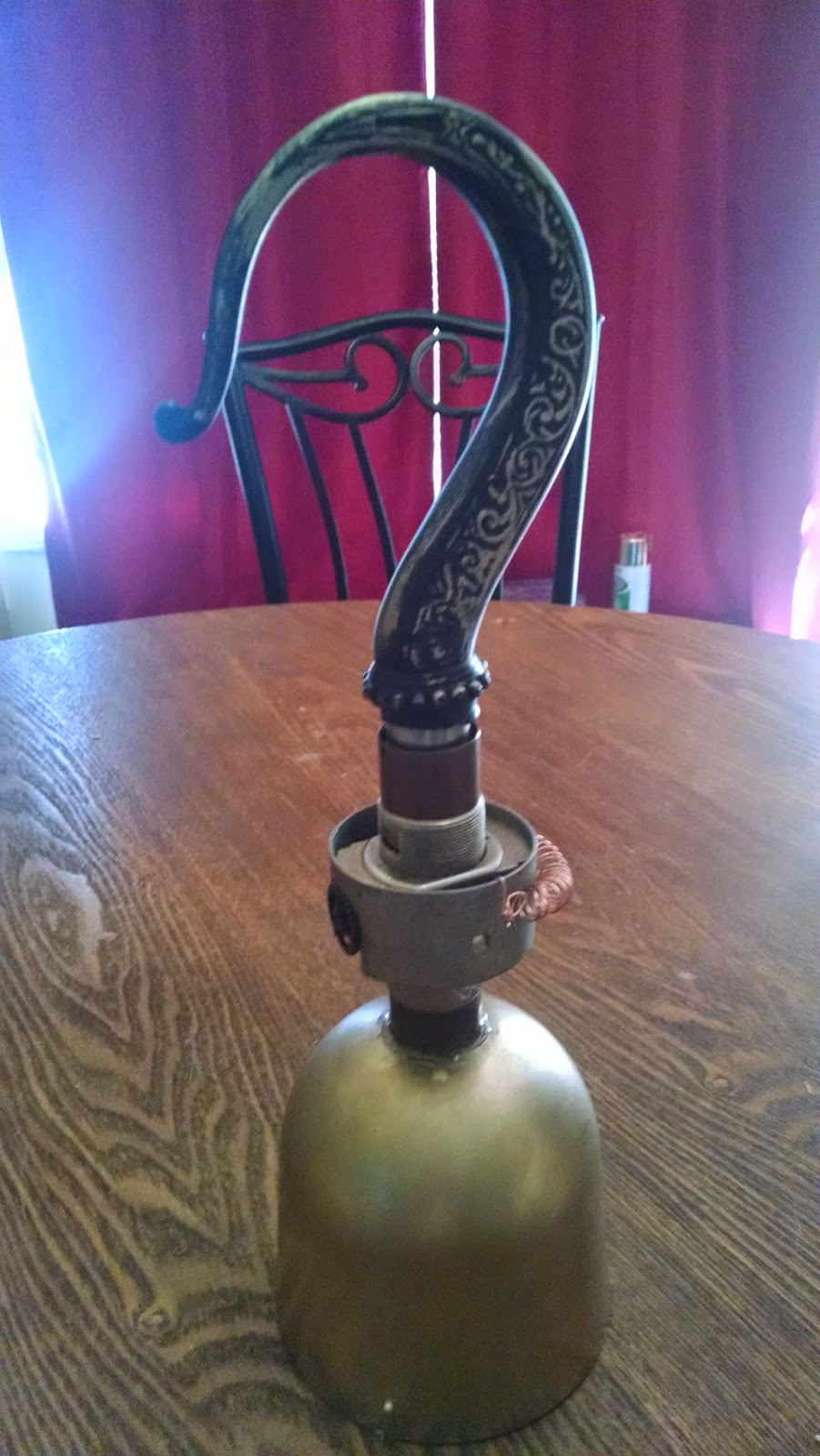 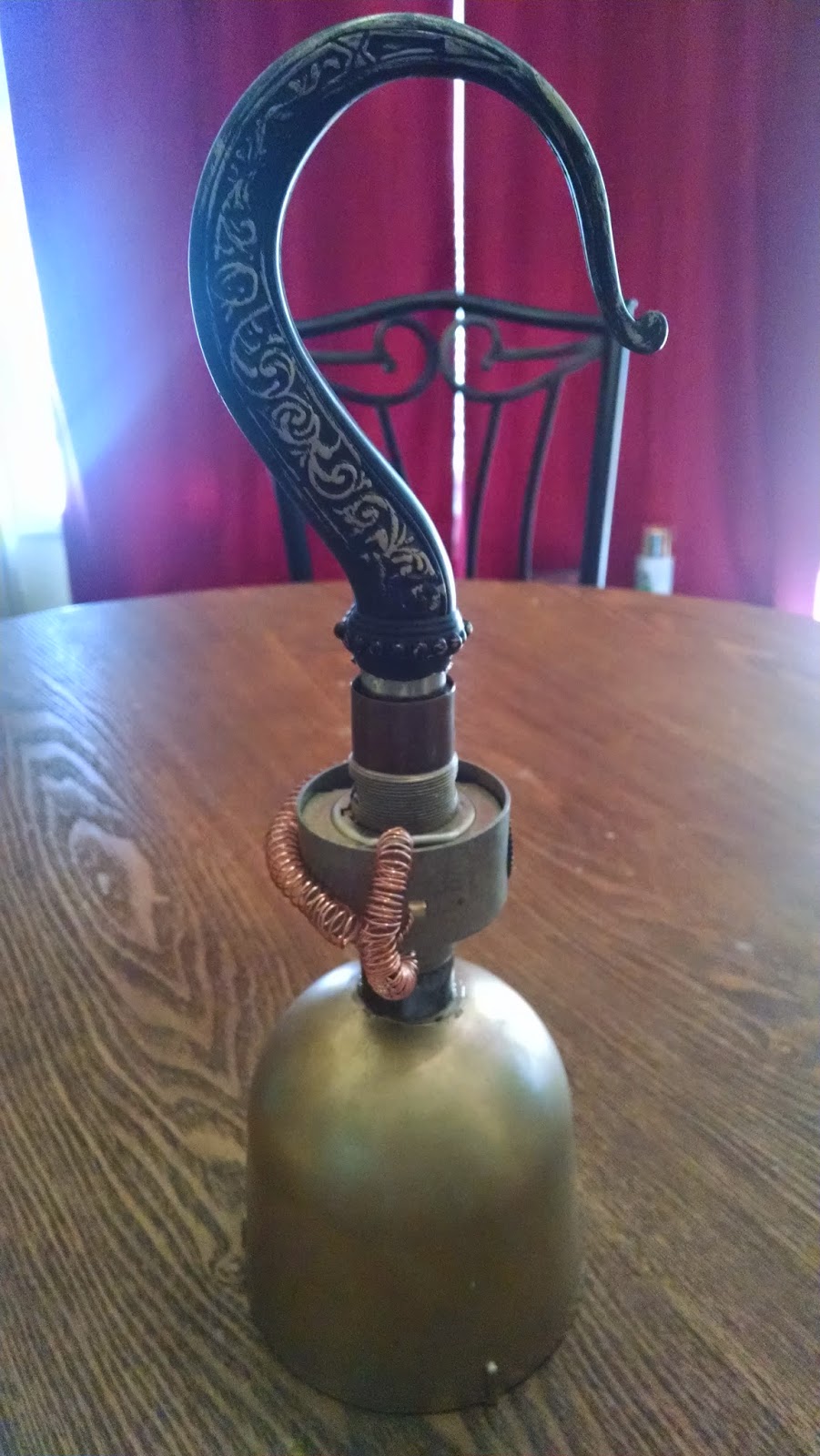 Making things like this is a great creative outlet for me and is actually pretty relaxing.  One of the best parts is trying to figure out how to modify existing parts and pieces, re-purposing things in ways that were never intended in their original design.  When I go to thrift stores and flea markets, I've gotten in the habit of looking at objects and how they might be altered or added to in order to create something new and steampunk.
Posted by Chris Bern, DVM at 10:08 AM