Like most pre-teen girls, my daughter is completely obsessed with the Disney movie Frozen.  This movie is responsible for her favorite color going from pink to blue.  She has seen the movie over 20 times and could probably quote the entire thing from beginning to end without making any mistakes.  I don't have a real problem with this as I think it's a good, enjoyable movie with good messages about love, family, and being true to who you are.  Since my daughter is rather quirky and unique, I think it's important that she embrace her individuality and not feel like she has to follow the crowd or any particular trend.

We're getting ready to go on a Halloween cruise on a Disney ship.  Anyone who has read my blog for a while know how much my family likes costumes and dress-up ("cosplay") and that my wife is a skilled seamstress who has a small custom costume business.  On Disney cruises one night is always "Pirate Night", where guests are encouraged to wear their best pirate gear to dinner and around the ship.  She needed to make new outfits for our kids, but my daughter wanted to dress like Elsa from Frozen.  My wife compromised and was able to take a basic pirate costume pattern but use material similar to that worn by the main character in the movie.

While this was great, and made for a unique outfit, I started thinking of other ideas.  Elsa creates an outfit and entire castle out of ice.  If she was a pirate, what else might she create?  What is something we typically see on a pirate?

But how to make one?  Would there be something online?  Of course there would be!  The Internet has everything!!!

Honestly, it didn't take long to find what I wanted.  Apparently professional photographers buy or make fake acrylic ice cubes, because real ice cubes melt quickly under the heat of the lighting and it's hard to get good, consistent shots.  After looking at a couple of websites I thought it would be pretty easy to do.  And it was.

I started with a plastic pirate hook from the dollar section at Target.  I cut off the hook and wrapped aluminum foil around it to form a mold.  I wanted to use aluminum foil so that the resulting hook would have a texture like ice.  Once I had the foil shaped, I removed the hook and had a nice mold of it.

The next step was using clear acrylic craft beads.  I preheated my oven to 375 F, as some of the websites described.  Next, I placed the mold on a baking sheet and filled it with the beads then left them in the oven to melt.  It happened more slowly than I wanted, so I increased the temperature to 400, and then eventually to 425.  As the beads melted they filled less of the space, so I kept adding more beads until they filled to the top of the mold.  Once it was done, I took everything out to cool.

While it was cooling I took the base and spray painted it turquoise to match with the color of the rest of her outfit.  Once the paint dried I put everything back together. 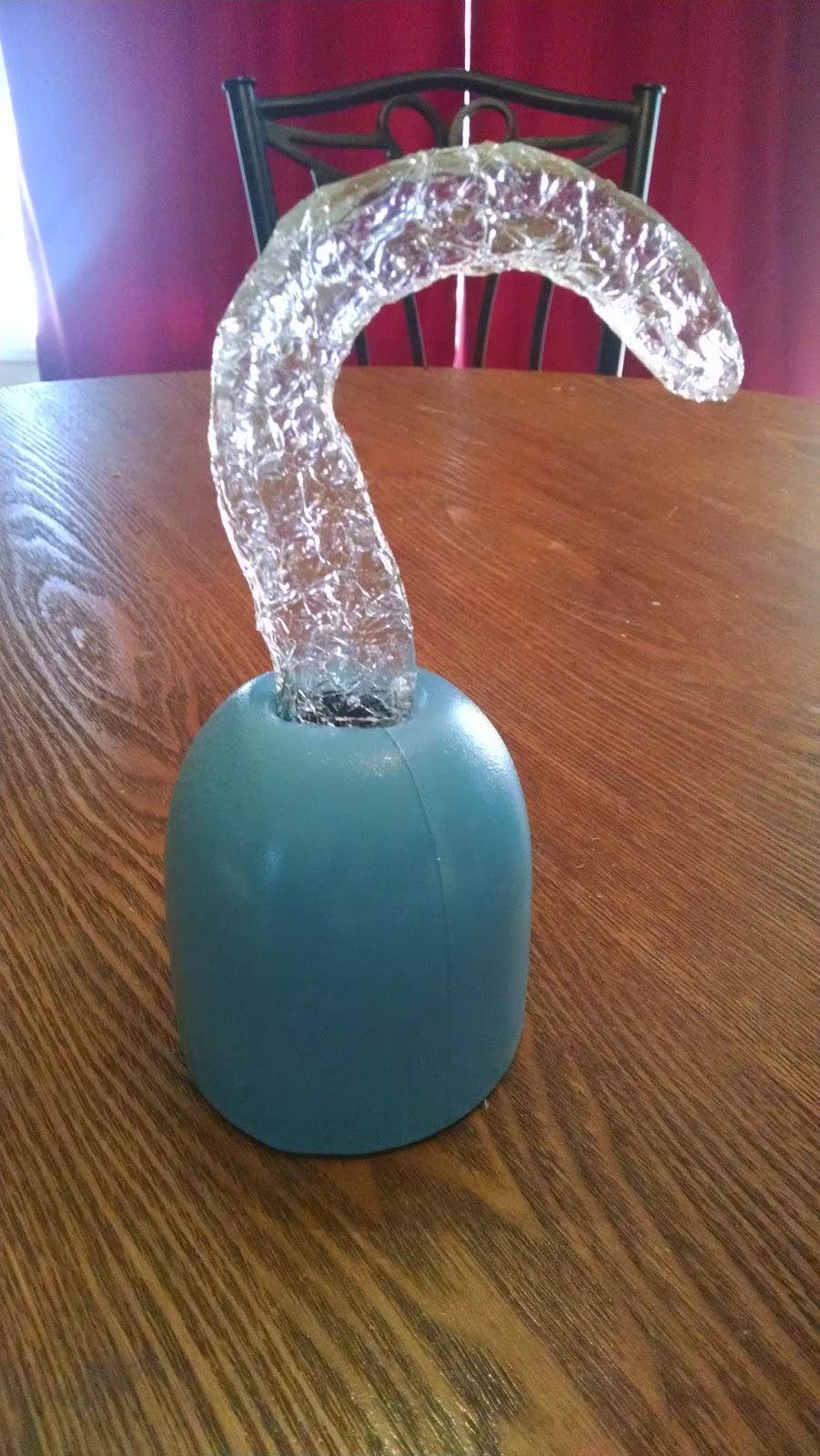 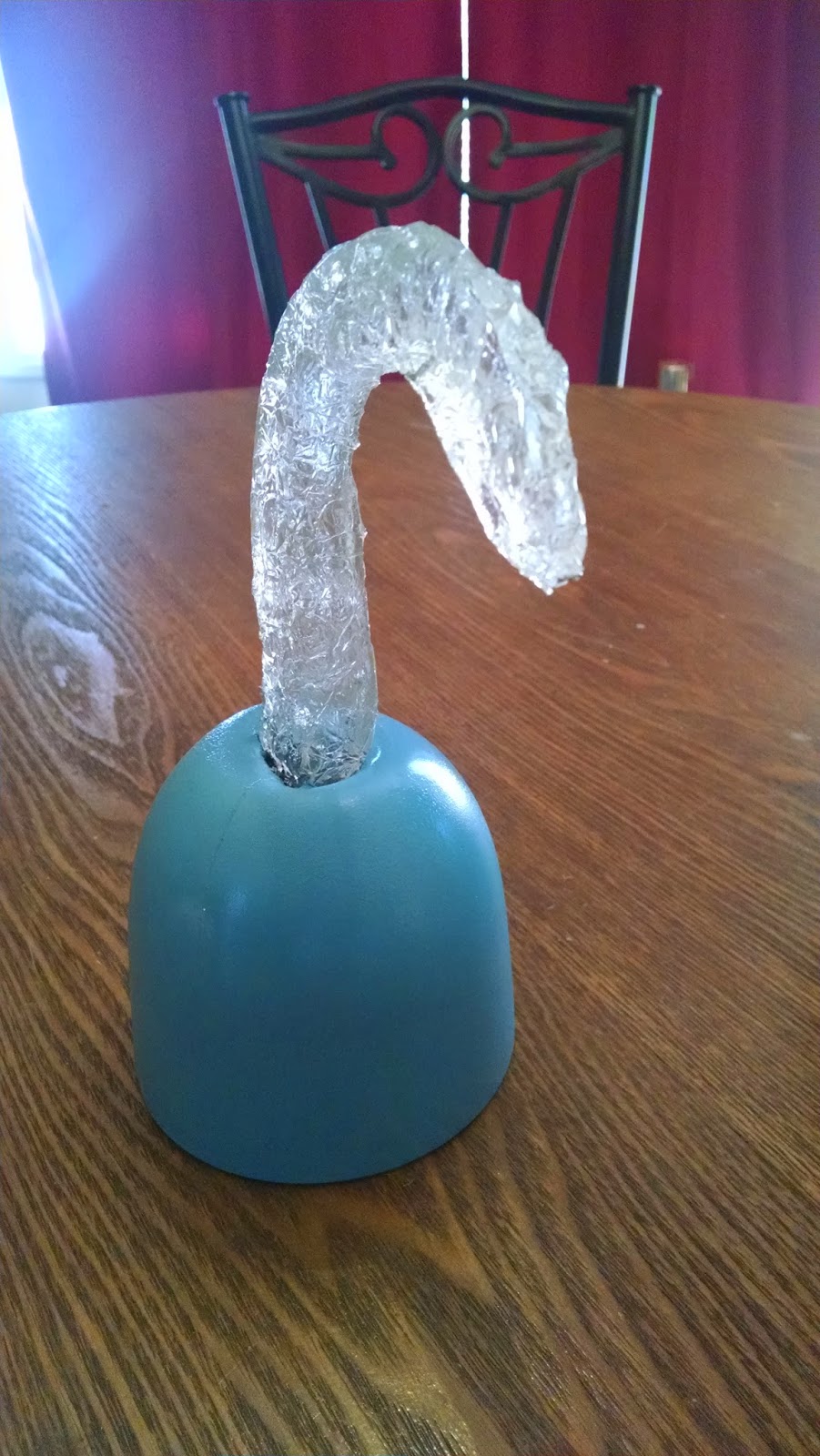 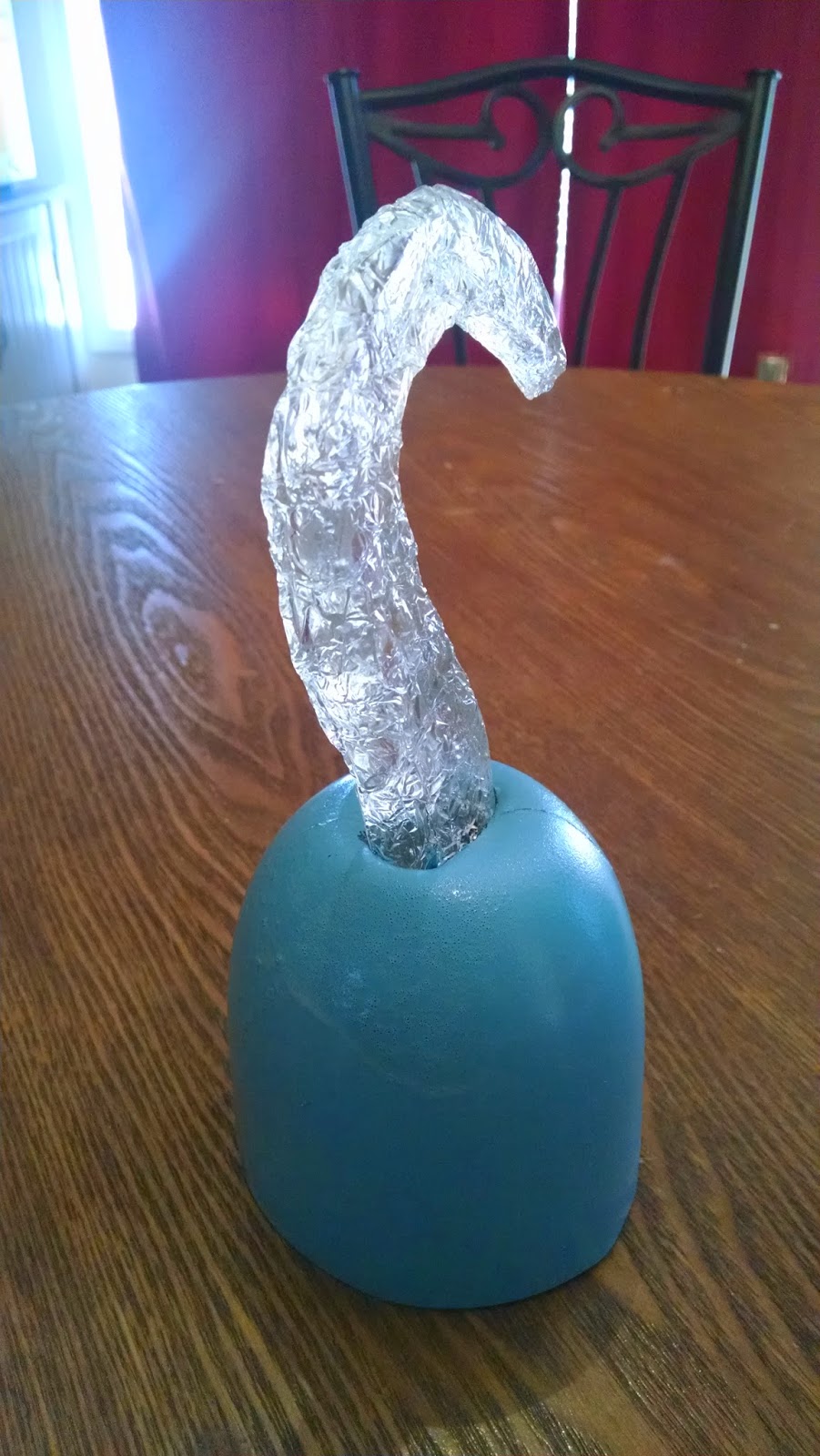 My daughter was absolutely ecstatic!  She didn't know I was making it and then I called her in to show it off.

This was surprisingly easy to make, and cost a grand total of less than $5.

Yes, this is what I do when I'm not being a veterinarian.
Posted by Chris Bern, DVM at 2:41 PM