I like to see "exotic" pets and therefore I do things that most other vets won't.  I'm certainly not the only one, but I know that not many of my colleagues would do surgery to remove a hamster's ear.

This little guy came in with a growth on its ear that looked pretty nasty.  It was growing quickly over a week or so of rechecks and the decision was made to try and surgically remove it.  By the time we got to this day it was beyond just a tumor and had encompassed most of the ear, including the canal.  I quickly realized that I wouldn't just be removing the mass from the skin, but removing the entire ear. 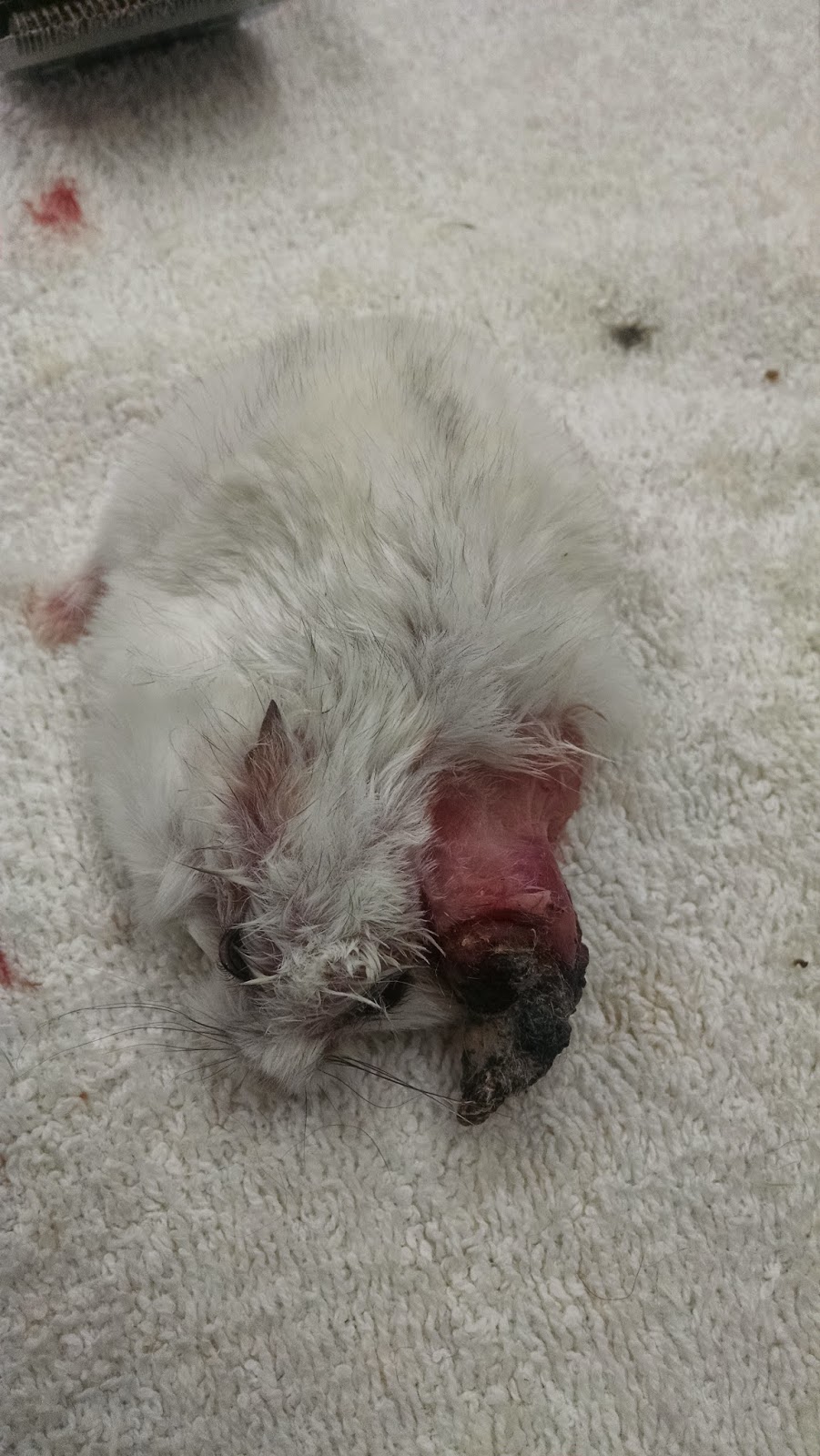 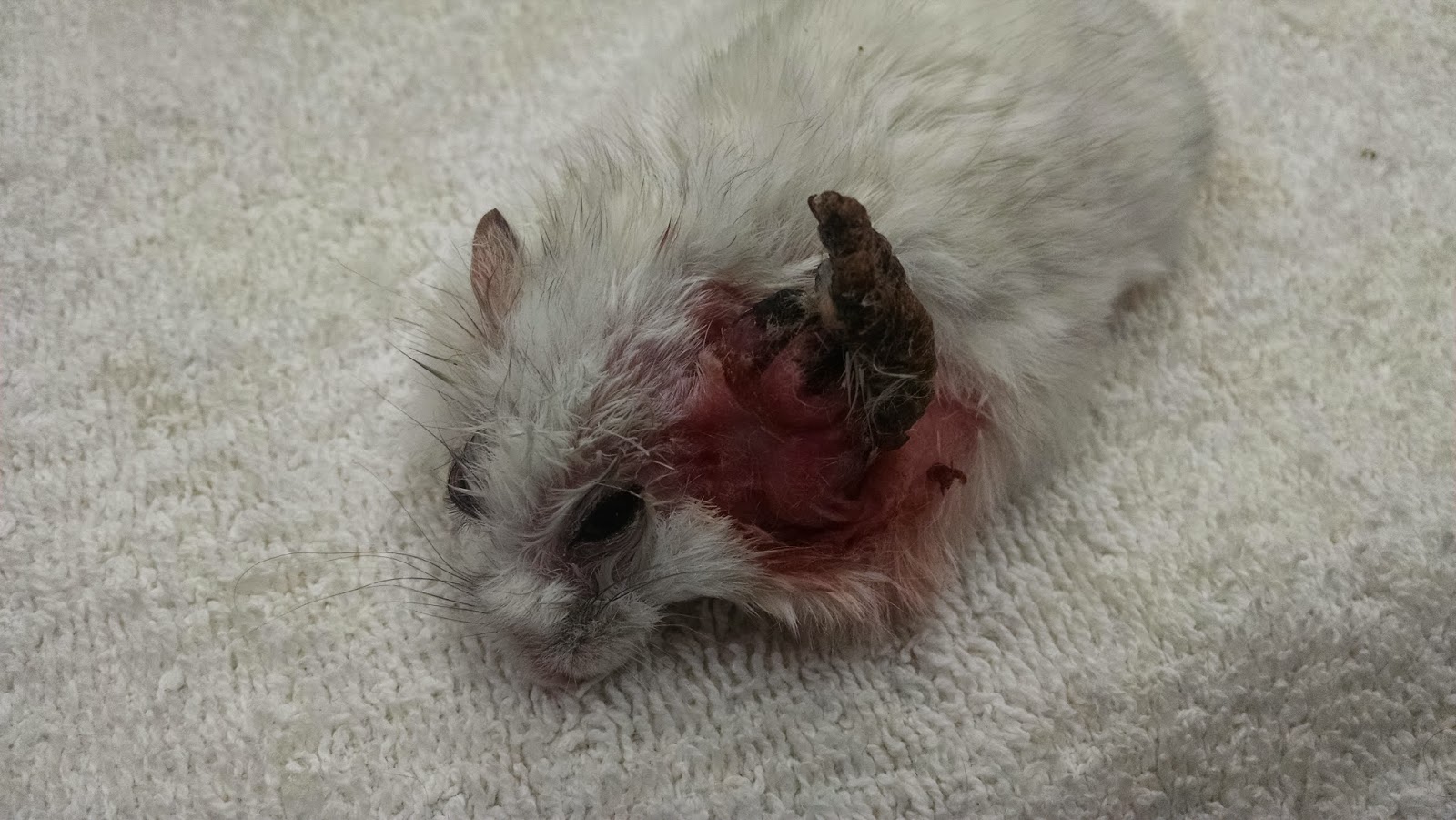 Here he is while under anesthesia.  When dealing with pets this small we sometimes have to get creative.  There aren't tracheal tubes small enough, and the face masks for anesthetic gas are too large to fit.  I've learned to place a latex exam glove over the end of the mask and then make a small hole to place the patient's face so they can breathe in the oxygen and anesthesia.  That's a pulse oximeter on his leg, which measures the heart rate and blood oxygen.  It actually worked really well through his leg. 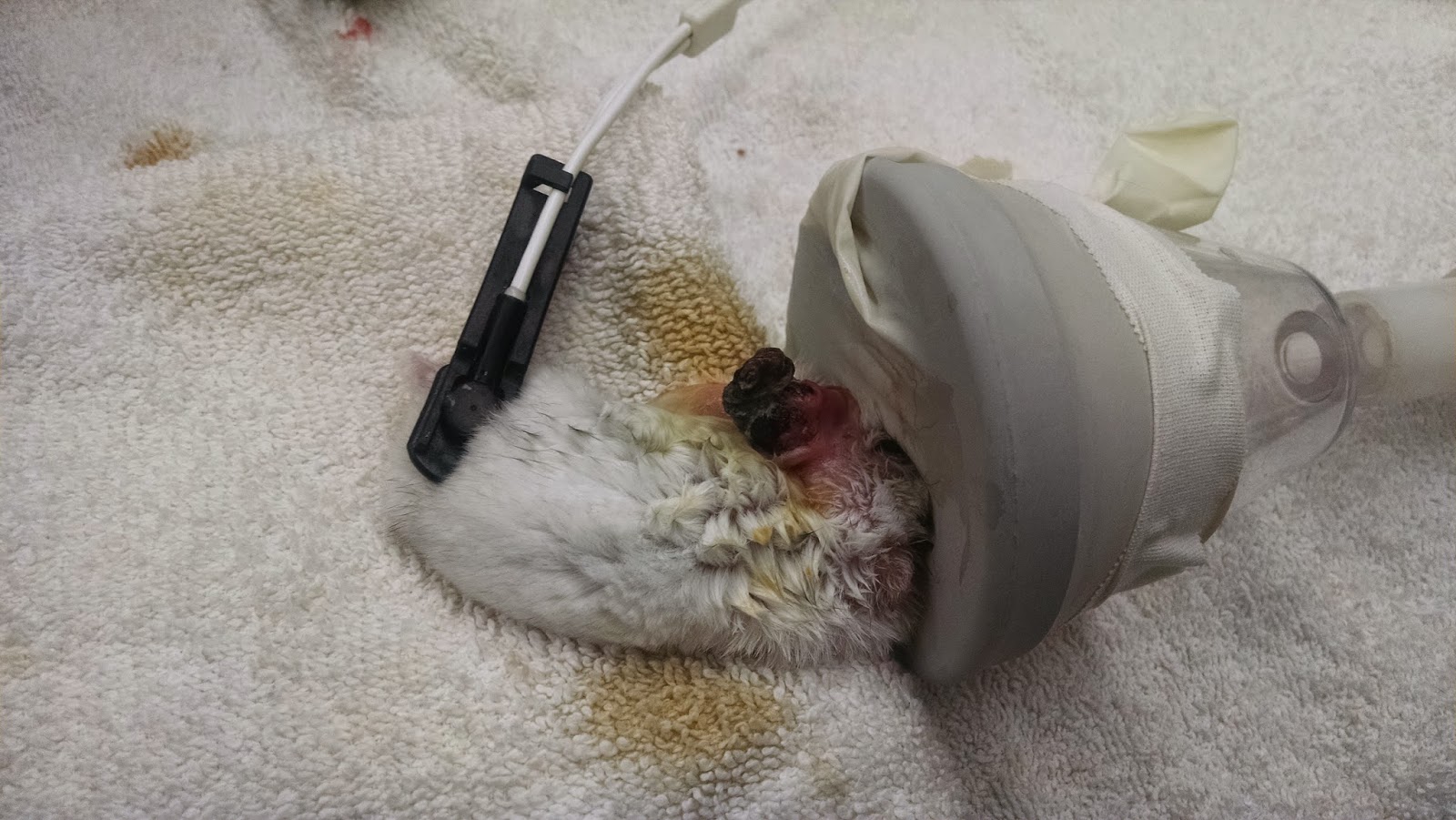 And here he is after the surgery with the mass removed. 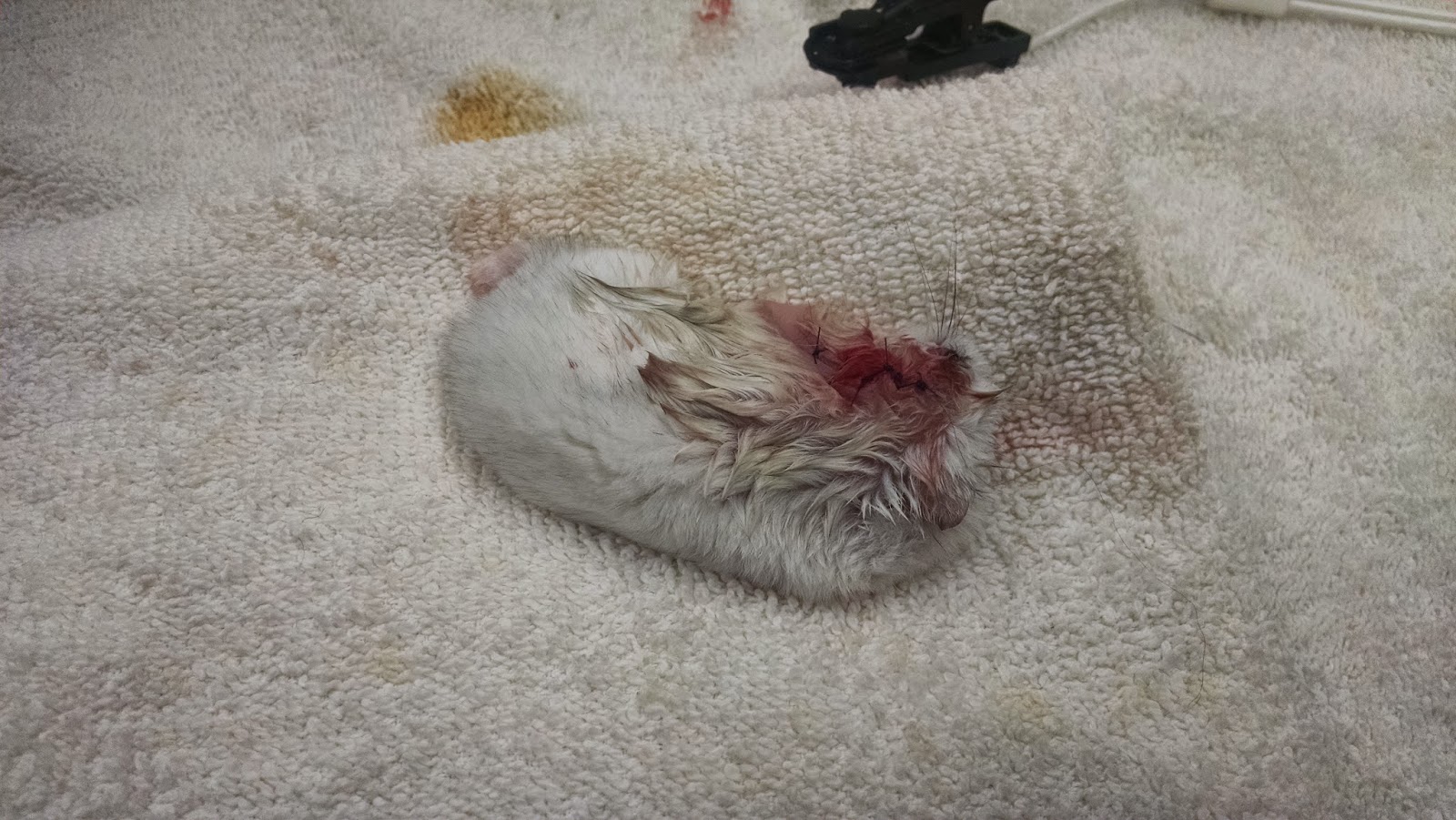 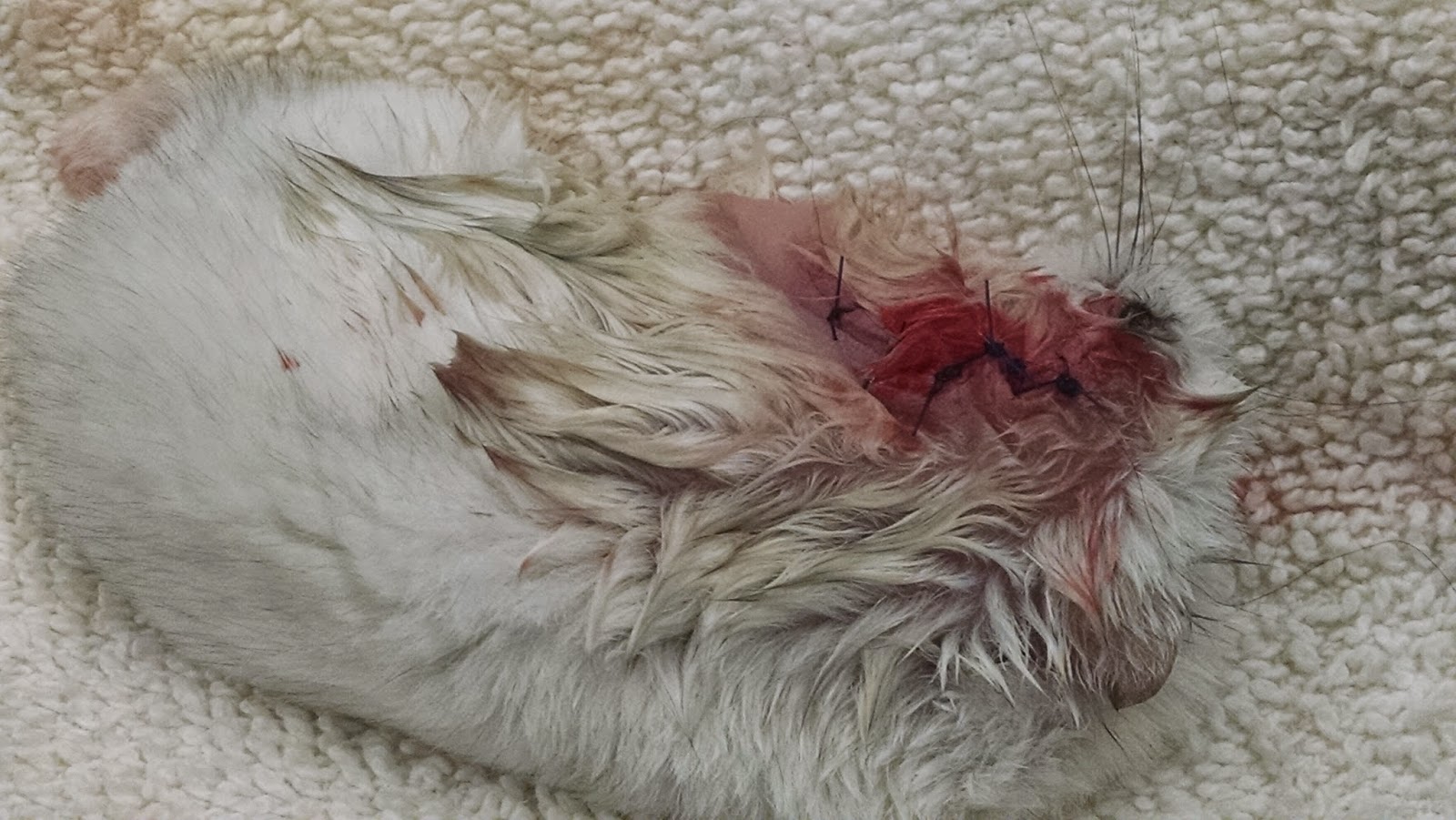 I know it's a little hard to see here, but the surgery site closed really well and other than the missing ear there was no deformation of the face or head.

This is what the mass, ear, and ear canal looked like postoperatively. 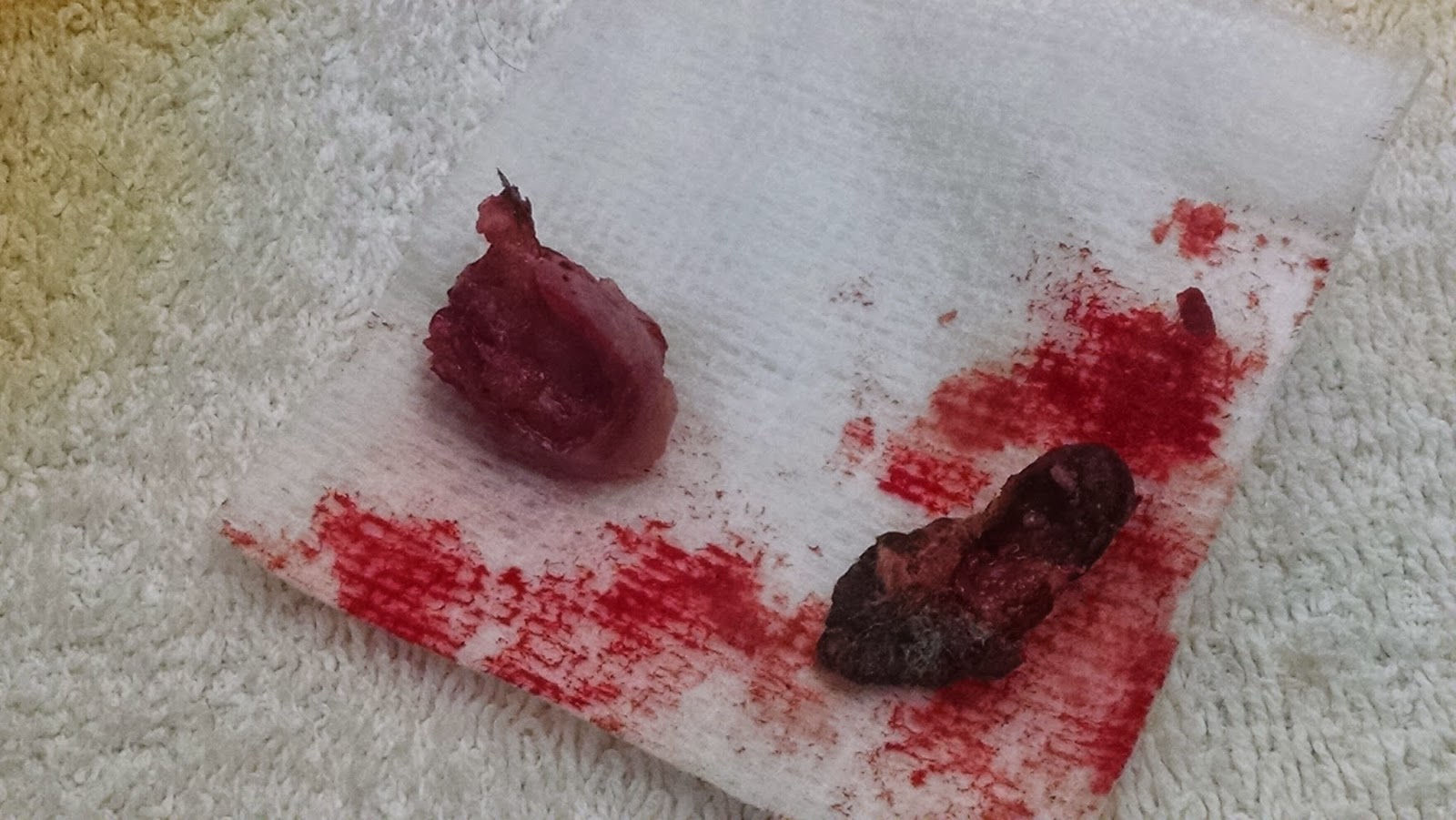 He recovered well that day, then came back 10 days later for a recheck and to remove the sutures.  Unfortunately I didn't take a picture then, and now I wish that I had done so.  He looked great and was showing no bad effects of missing an ear.  It was a completely successful surgery.

These kinds of cases make the job really interesting!
Posted by Chris Bern, DVM at 10:14 PM