Any regular reader will quickly learn that I'm quite the geek.  Just search my blog for the terms "cosplay" or "DragonCon" and you'll learn just how deep down the rabbit hole I go.  Last year when Captain America: The Winter Soldier came out in theaters there was a promotion on Cafe Press for a custom S.H.I.E.L.D. identification card.  For those who don't know, this is the spy organization from Marvel Comics and has played a prominent role in most of the Marvel Studios movies, including spawning a TV show.  Originally it stood for "Strategic Headquarters, International Espionage, Law-Enforcement Division", but was changed to "Strategic Hazard Intervention Espionage Logistics Directorate".  To further confuse things, those are from the comics and the movie universe uses "Strategic Homeland Intervention, Enforcement and Logistics Division".  No matter what it spells out, S.H.I.E.L.D. is an uber-cool group of secret agents going toe-to-toe with some of the most powerful superheroes and supervillains in comics.  And I was excited to be a card-carrying operative!

The card was free and I just had to pay shipping charges.  It cost less than $5 to get four cards, one for each member of the family, and it was cool to be able to load a photo, chose a role within the organization, and wait for it to come.  It wasn't a flimsy laminated piece of paper, but a direct printed hard plastic card, like any ID card.  Honestly it was a great value and of surprisingly high quality.  Of course I put it in my wallet, right in the window where my driver's license is supposed to go.

I thought it was just neat to have it.  But one time we were shopping and the cashier asked to see my ID when I payed with a debit card.  Just as a joke I flipped open my wallet, showing her my S.H.I.E.L.D. card, and fully expecting her to give me a strange look and ask to see my real ID.  To my great surprise she looked at it and then went ahead with the transaction.  She had used it as a valid ID, rather than a novelty one that I had made up!  Okay, that was highly amusing, but it couldn't happen again, right?  She was just careless, right?  So I tried it again in another store.  The same thing happened!  I couldn't believe it!

Here's what it looks like when I open my wallet to show my ID. 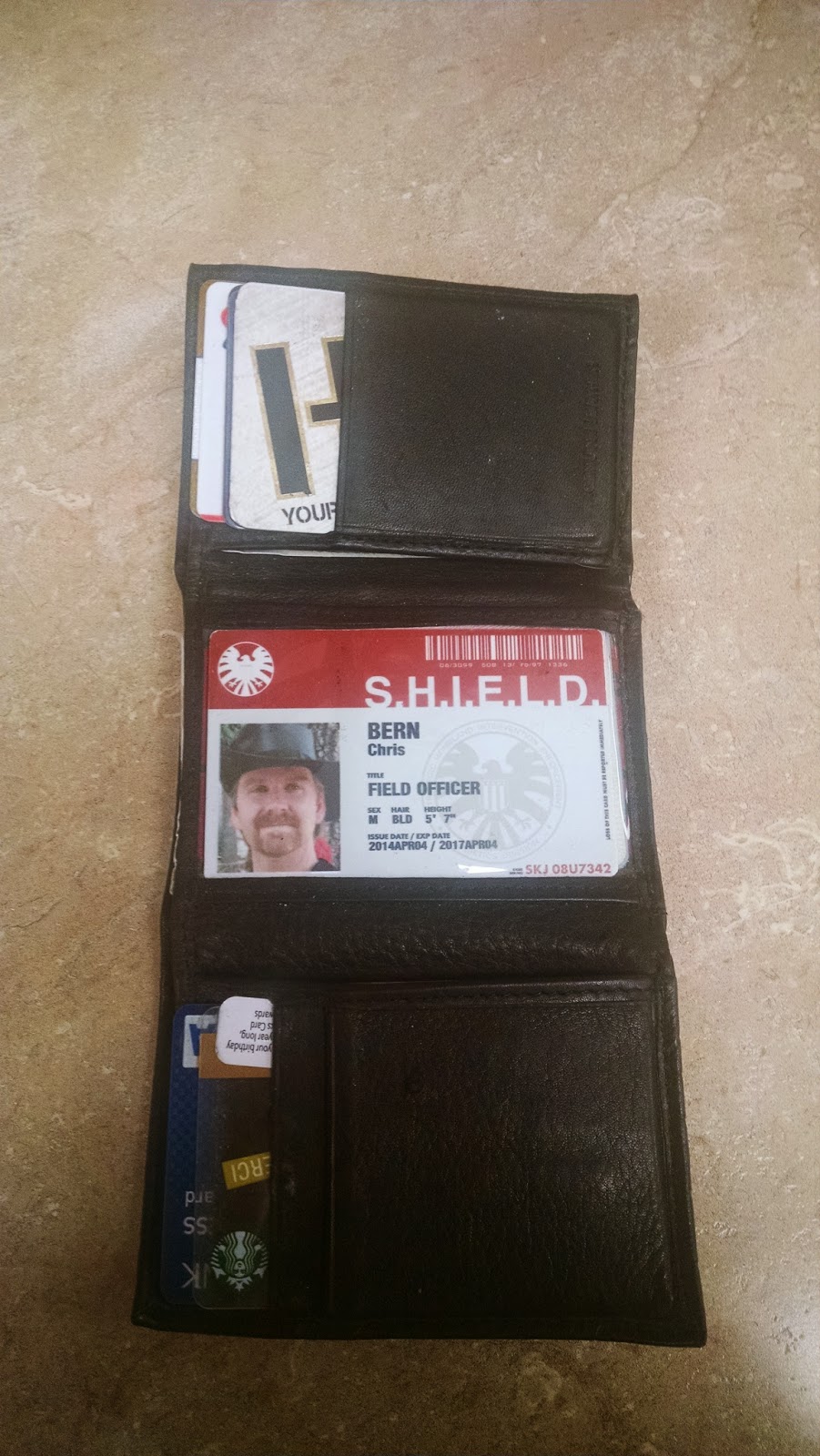 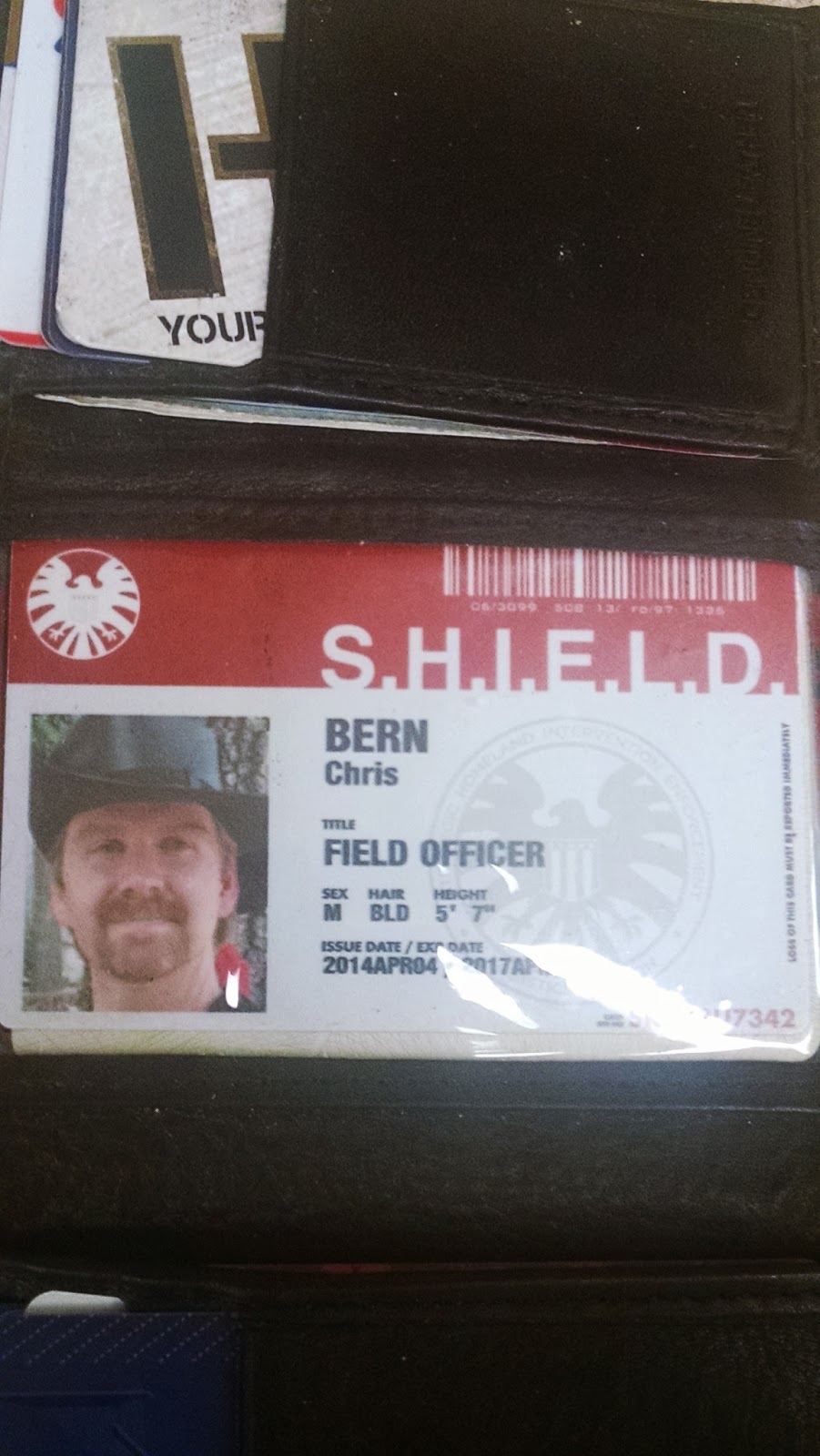 And here's what the card looks like removed from my wallet.  Look closely at the photo.  It's from a picture of me at a Renaissance Faire and I'm wearing a cavalier hat! 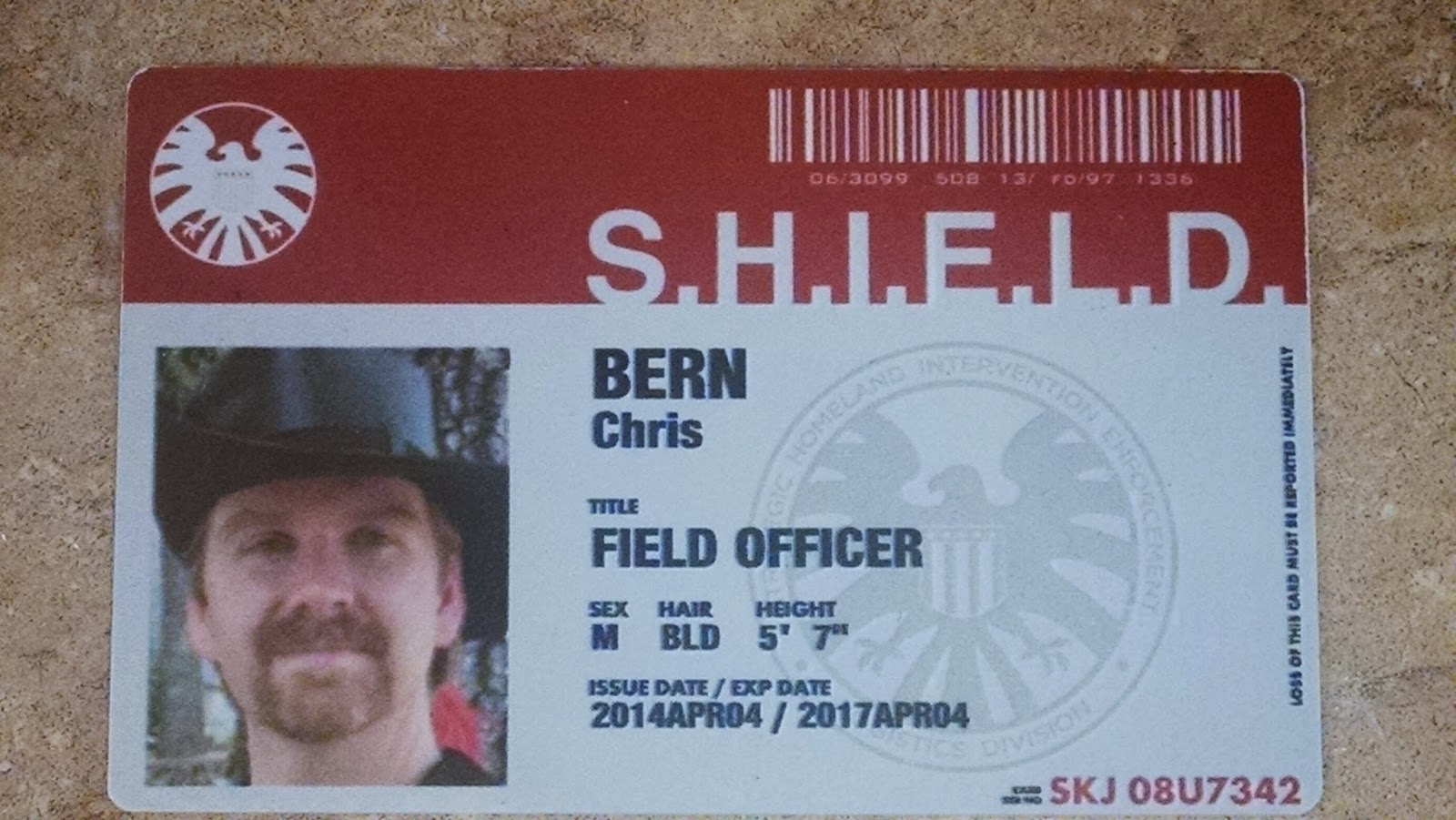 By comparison, here is an example of a Georgia driver's license. 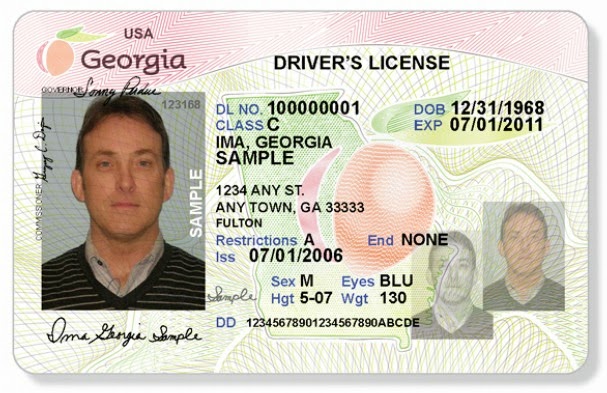 Over the last year I've used it more and more, trying to see how many people will accept a S.H.I.E.L.D. card as a valid ID.  And you know what?  Almost every single store and cashier has accepted it!  Wal-Mart, Hot Topic, The Disney Store, Target, and just about everywhere else I've shopped has looked at it, confirmed the name and picture, and then finished the transaction.  There have only been two businesses that have done a double-take and have asked for my real ID:  Dragon*Con and my local comic book store.  It should be no surprise that the businesses who make their living catering to geeks and selling Marvel merchandise would immediately noticed the rather large S.H.I.E.L.D. logo and name, calling it into question. The surprising part is that other businesses have no problem with it.

On one hand this is incredibly amusing to me, and I continue to use it when asked to show ID.  But on the other hand it's a bit frightening and disappointing.  Identity theft is rampant in today's society, and the reason behind asking to see an ID when someone pays by credit or debit card is to confirm that they are the person whose name is on the card and not a scam artist or thief.  If a $2 novelty ID can be accepted by 98% of cashiers, how secure is the process after all?

Or maybe S.H.I.E.L.D. really does exist, and by placing themselves in movies and comic books they make us think that they're fictional.  The cashiers know this and don't dare question me as part of the organization.