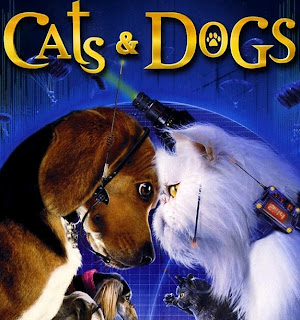 We all know the stereotype...fighting like cats and dogs. The idea behind it is that somehow canines and felines are natural mortal enemies. In nature, wild dogs (or wolves) and wild cats rarely come into contact with each other. Both are the top of the food chain, predators with no natural enemies. With our domesticated animals, I believe that the animosity was seen because housecats are about the size of a good prey item and run away nicely, invoking a dog's instinct to chase a moving object. All of that has developed into the current, almost cartoonish hatred that has completely captured society's (and Hollywood's) attention.

However, reality is often different, and most of us know that cats and dogs can get along just fine. In my own family, both of our dogs have grown up around cats. Two of our three cats have always had a dog around. Our third, and oldest, cat has never really liked the idea of the canines living in his house; he tries to avoid them as much as possible. The other cats and dogs do great together, and have really bonded. In fact, it's pretty amazing to see how well they get along sometimes. Now if we can just find ways for people to get along as well! 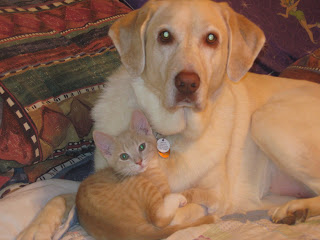 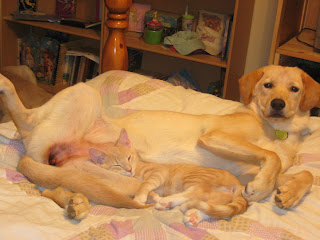