Anyone who reads this blog for long and looks at my links will easily see that I'm a big geek.  And for fans of anything geek-related there isn't much better than Dragon*Con.  This multi-genre convention takes over five hotels in downtown Atlanta every Labor Day weekend, and 40,000+ people attend.  This year was the seventh year that my wife and I attended, and the fifth year for our kids.  We also attend as part of our group, Fans For Christ.  As usual, we had a blast!  We spent the long weekend hanging out with friends, seeing celebrities (William Shatner walked across the street about five feet in front of me!), and taking pictures of amazing costumes.  And like the big geeks we are, my family and I dress in costumes. 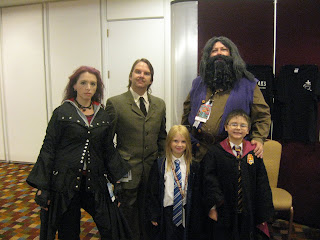 Here we are as Nymphadora Tonks, Remus Lupin, Luna Lovegood, and Harry Potter, with a friend of ours dressed up as Hagrid.  We won "Cutest Family" at the Harry Potter costume contest! 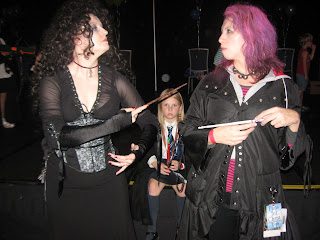 My wife as Tonks and a friend of hers as Bellatrix Lestrange. 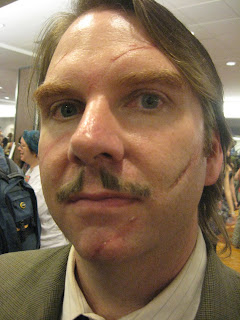 A closeup of me as Lupin, showing the fake scars we added. This was my first attempt and we learned a lot about making them, so next time they'll be pretty screen-accurate. 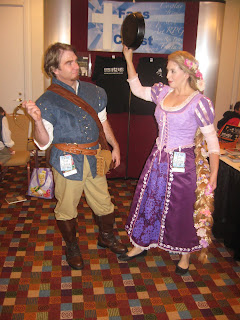 Us as Flynn Rider and Rapunzel from Tangled. 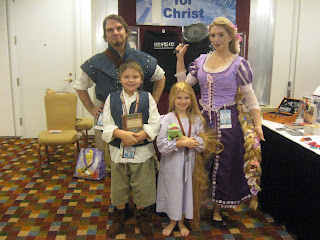 The kids were a young Rapunzel and Eugene Fitzherbert (aka Flynn Rider). 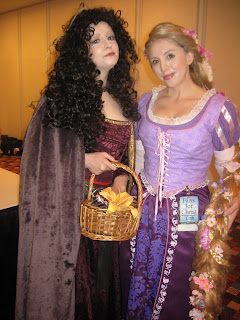 Oh, and my wife made all of our costumes herself!!!!  She's going to start a custom costuming business soon due to so many requests for people to make things for them.

So once again we have to go back to reality and I go back to work tomorrow.  But it is one of our favorite events of the year and we always look forward to it.  Only 359 days left until the next Dragon*Con!
Posted by Chris Bern, DVM at 1:49 PM