A Belly Full Of Rocks

Yes, I've been on a roll with photos lately.  Hopefully you've been enjoying them.

Here's another case.  Recently we saw a small mixed-breed dog named Popeye.  The owner brought him in because he had vomited rocks.  At first she didn't want to take any x-rays, but my associate doctor convinced her of the importance of checking to see if any more were in the digestive tract.  It's a good thing that we did that! 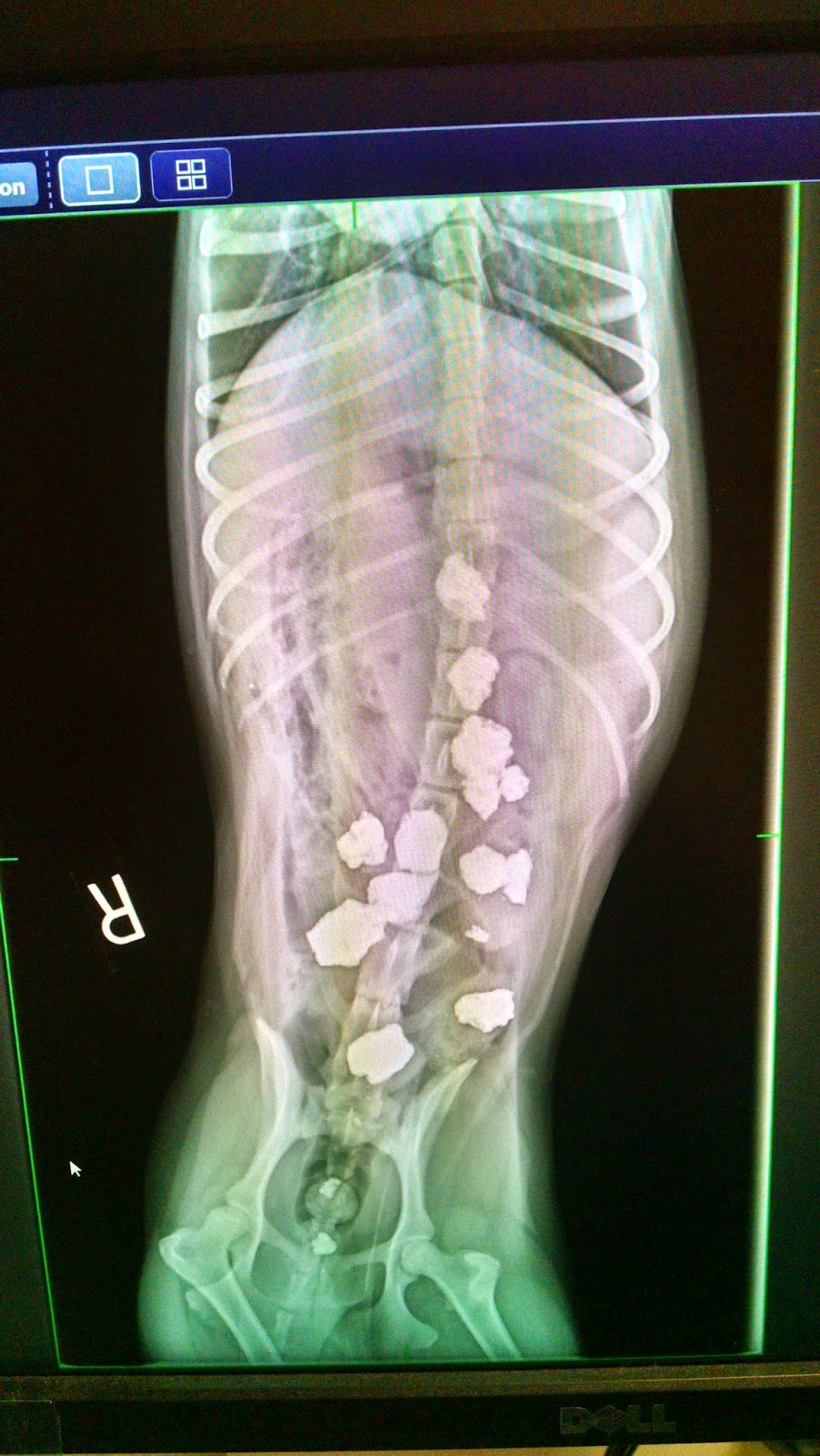 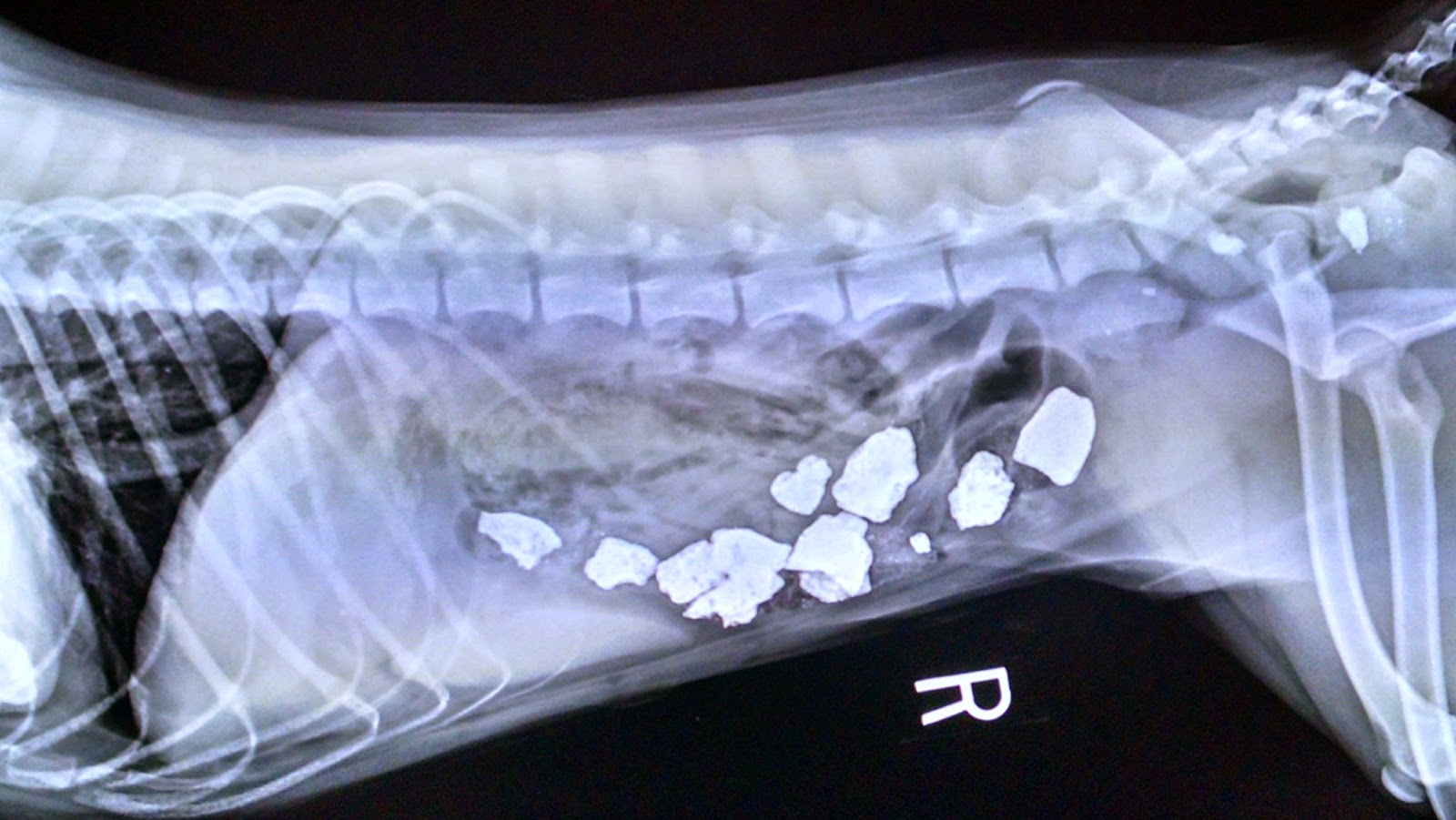 Obviously this dog found stones in the yard a tasty treat.  Some of these rock were large enough that we were worried they wouldn't pass through his intestines, making this a potentially life-threatening situation.  We recommended immediate surgery, to which the owner agreed.

In a surgery like this we don't really know what we're going to find.  Those rocks could have been anywhere within the intestines, from right next to each other to widely scattered.  There's just no way to tell from the radiographs because the small intestine loops back and forth, crossing over itself.  However, in this particular case it was fairly straightforward.  I found five large rocks in two clusters, as well as a long, large wad of grass.  One of the rocks had a very sharp point and looked like it had the potential to penetrate through the intestines.  Thankfully there was no intestinal damage.  I made four small incisions in the different parts of the intestine and was able to work all of the bad stuff out.  After exploring the abdomen several times, I couldn't find any other rocks anywhere other than the colon, so I closed him up.  Post-operative x-rays showed that the GI tract was clear and all remaining rocks were in the colon.  This is a good thing, as this area is the widest part of the digestive tract, so if it makes it into the colon it will pass.  Even so, once he was out of surgery I removed as many of those as I could reach with my finger through his rectum.

Here's what we took out of his intestine.  The syringe is there to give scale. 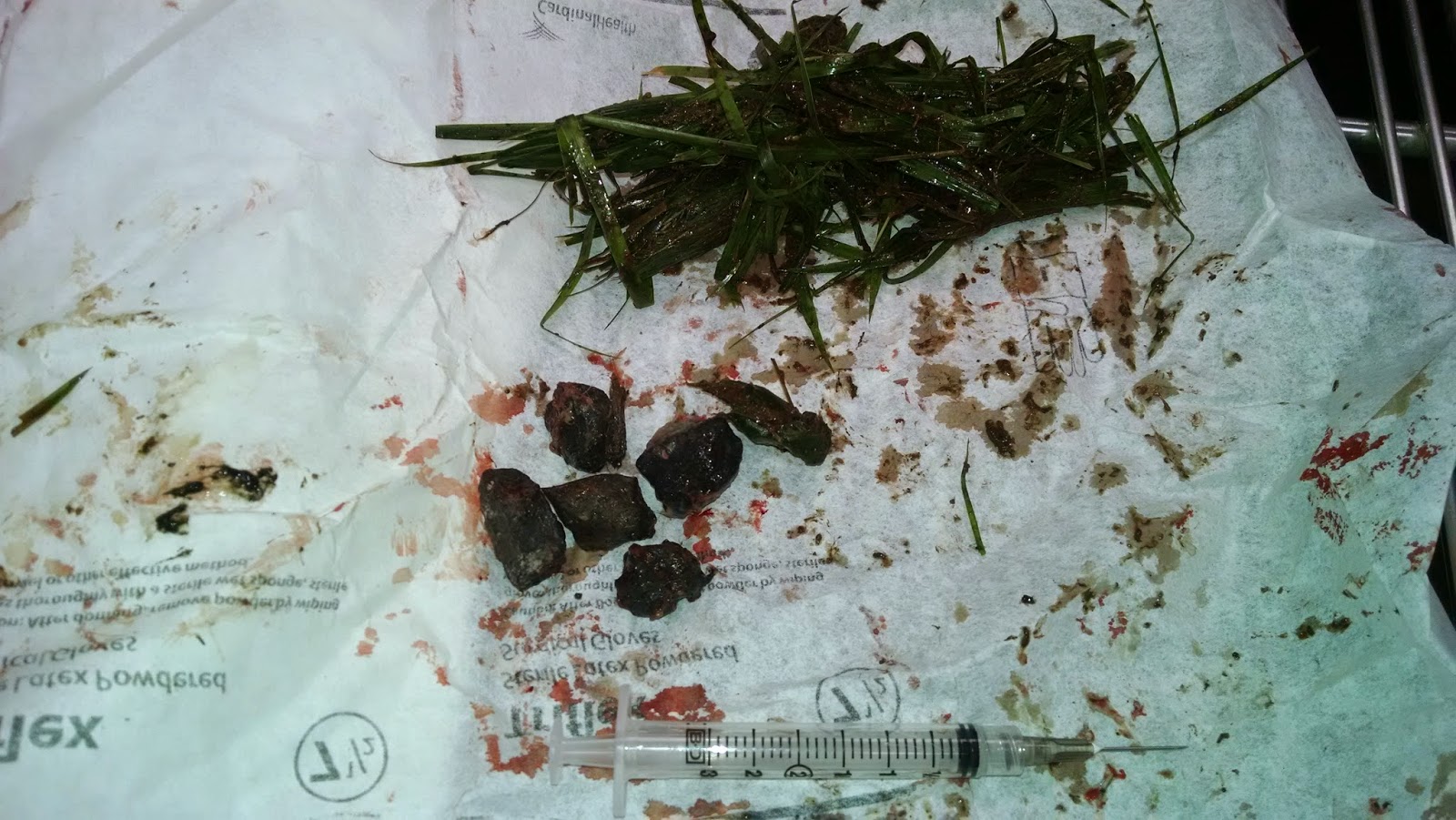 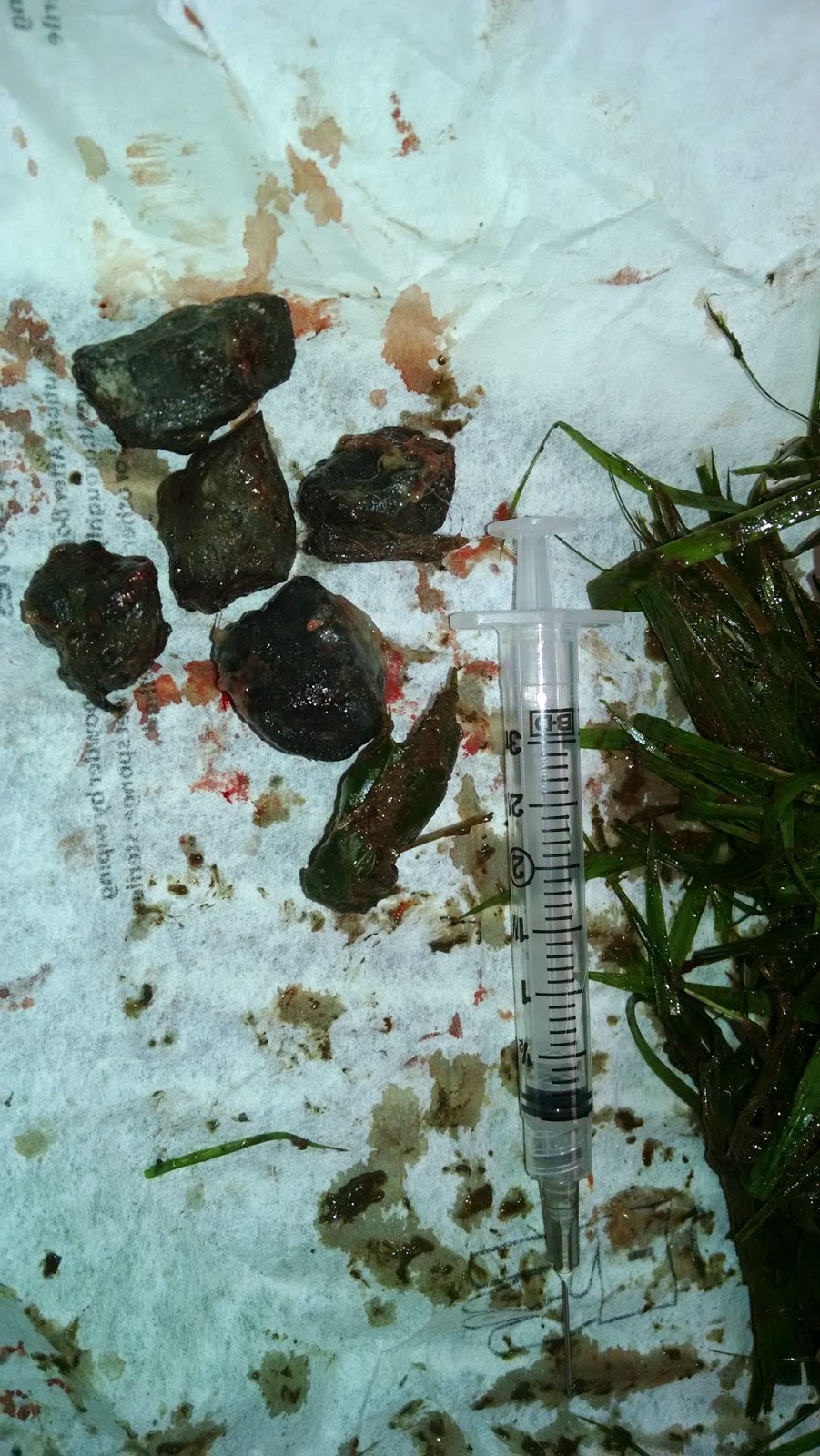 See how pointed the middle stone is?  That's the one that almost perforated the intestine.

We did this as an emergency surgery late in the day, so we had limited time to monitor him.  He went to the local emergency clinic for overnight observation and then back to us the next morning.  When we saw him that morning he was alert and wagging his tail, though he was a little subdued compared to his normal self.

Popeye was very lucky, as this could have been much worse, especially if the owner had waited even a day or two before bringing him in.  As it was, this was a a very expensive set of rocks.  The cost at our clinic was around $1100 for emergency surgery and care, then another $400 overnight at the emergency clinic.  However, doing the right thing saved his life, and considering that he's only a little over a year old he still has a long time with his family.

Assuming he doesn't eat anything else he shouldn't.
Posted by Chris Bern, DVM at 8:16 PM