I'm very proud of this particular steampunk accessory, and decided to take photos along the way so I could make make my own "do it yourself" post.  I use these kinds of posts a lot when I make my various crafts and thought I might be able to help someone else out.  No, this has nothing to do with veterinary medicine....just the private life of a vet.

The idea behind all of this was to do steampunk versions of various characters from Peter Pan.  I had the idea to do a jetpack for Peter as a way for him to fly.  But how do you make one?  I started with a broken vacuum cleaner.  The motor went bad and my wife was going to throw it out, but I thought I could use it for something at some point. 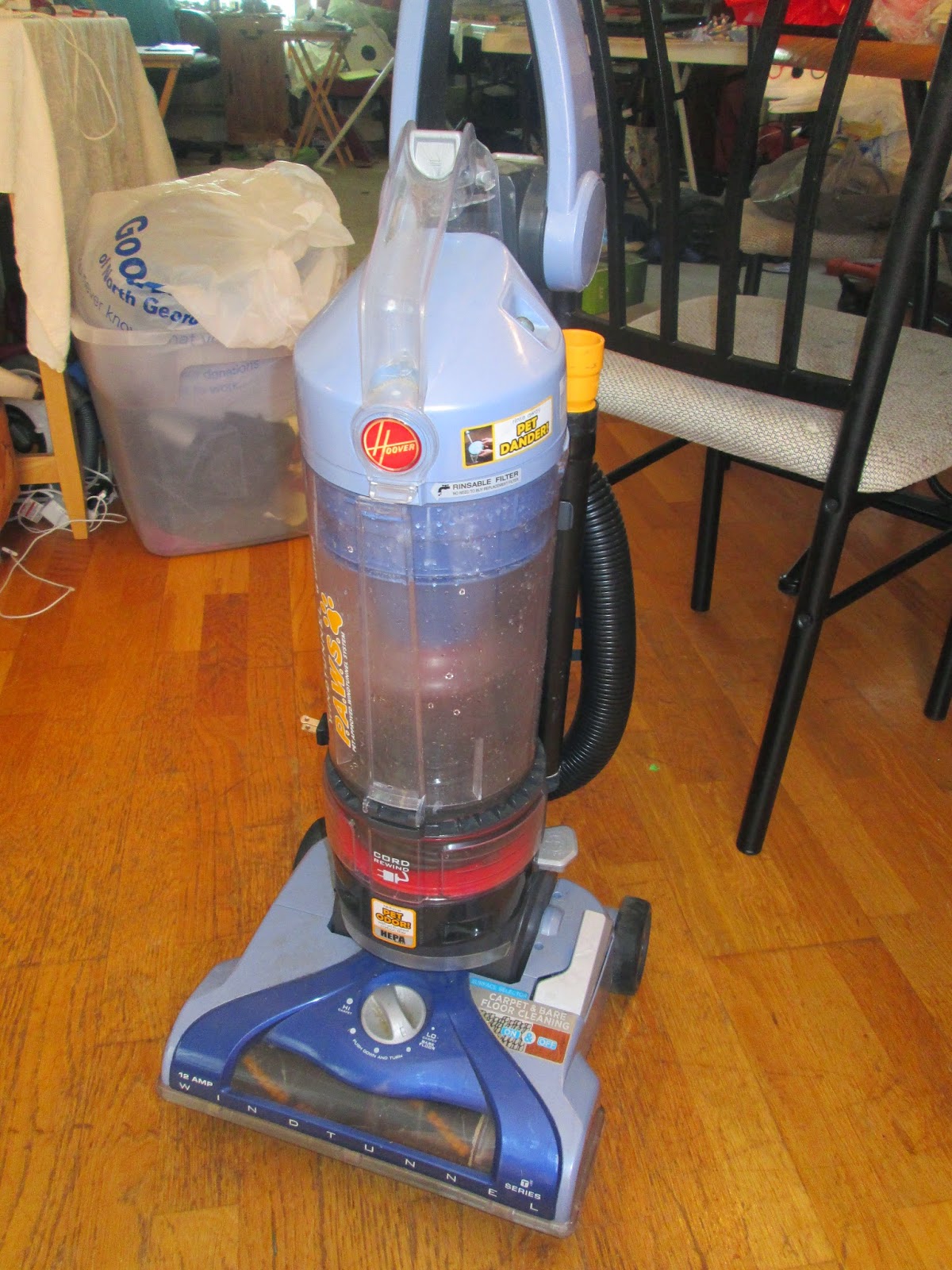 The main part I wanted was the canister. 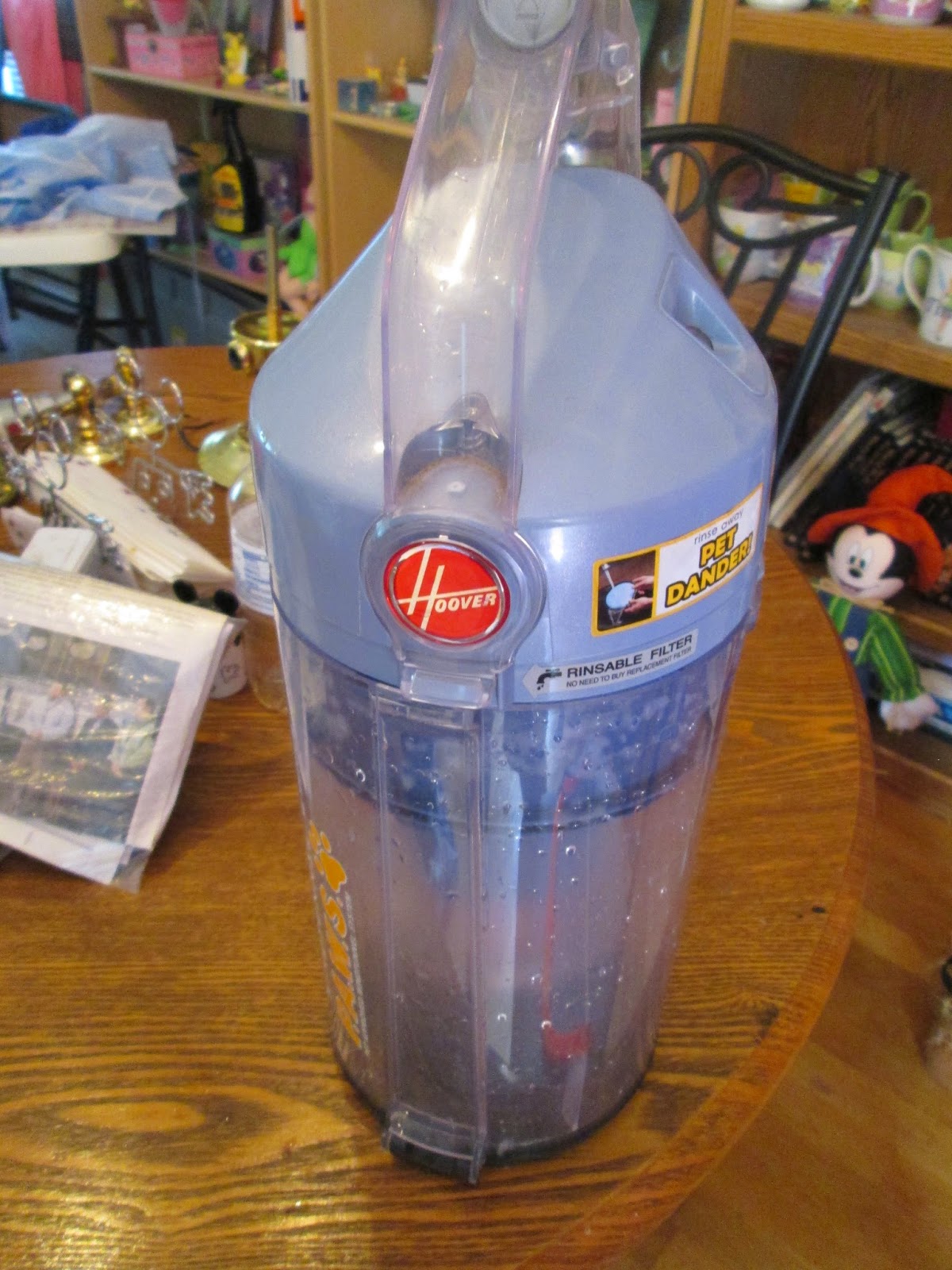 Okay, that's a good start, but where to go from there?  So I opened it, planning on getting rid of the top. 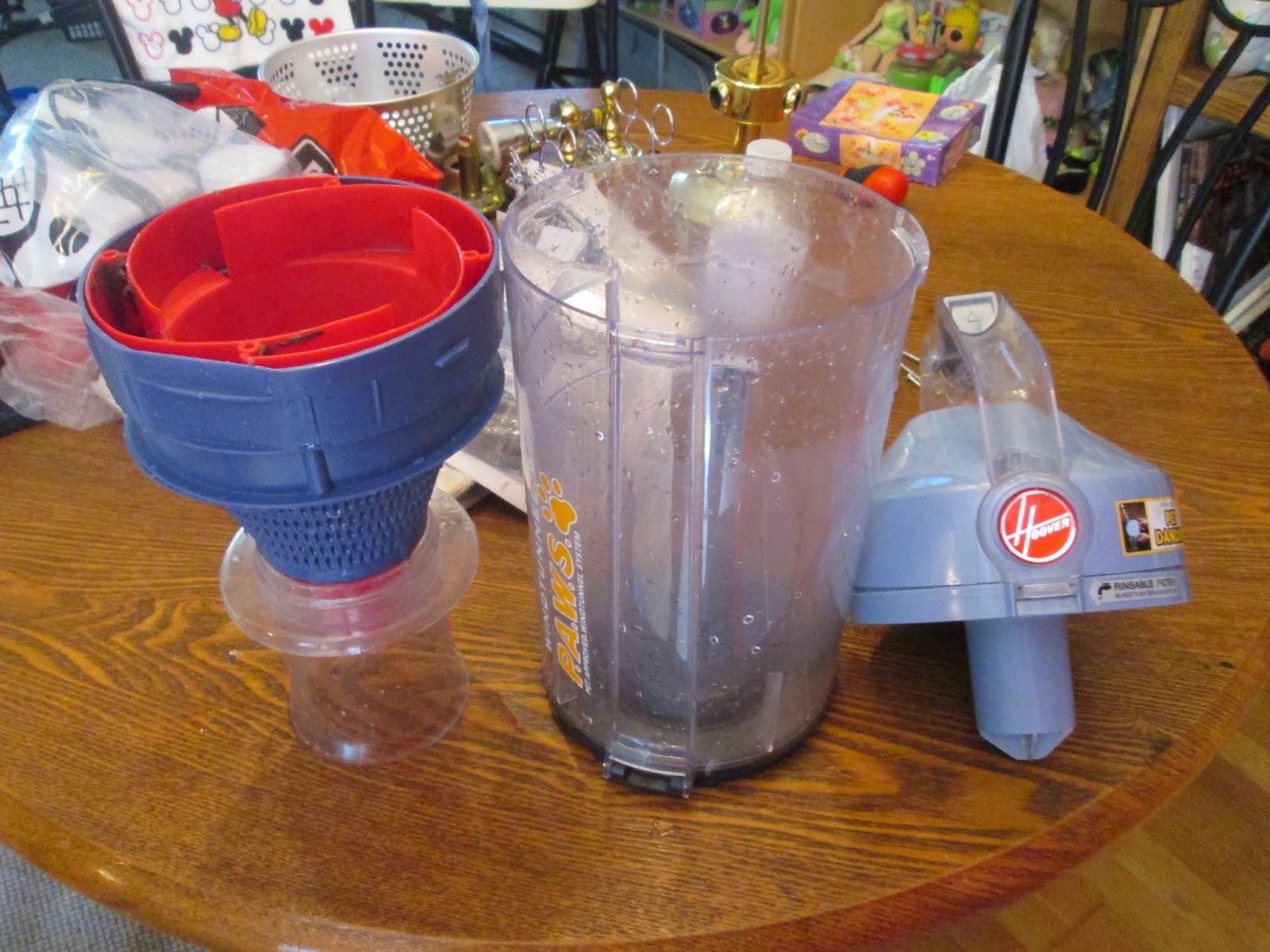 I found the cyclone portion to be a particularly interesting piece, and as I stared at it I realized that it could make a good rocket funnel.  So I cut it apart, inverted some of the pieces, and looked at how it fit. 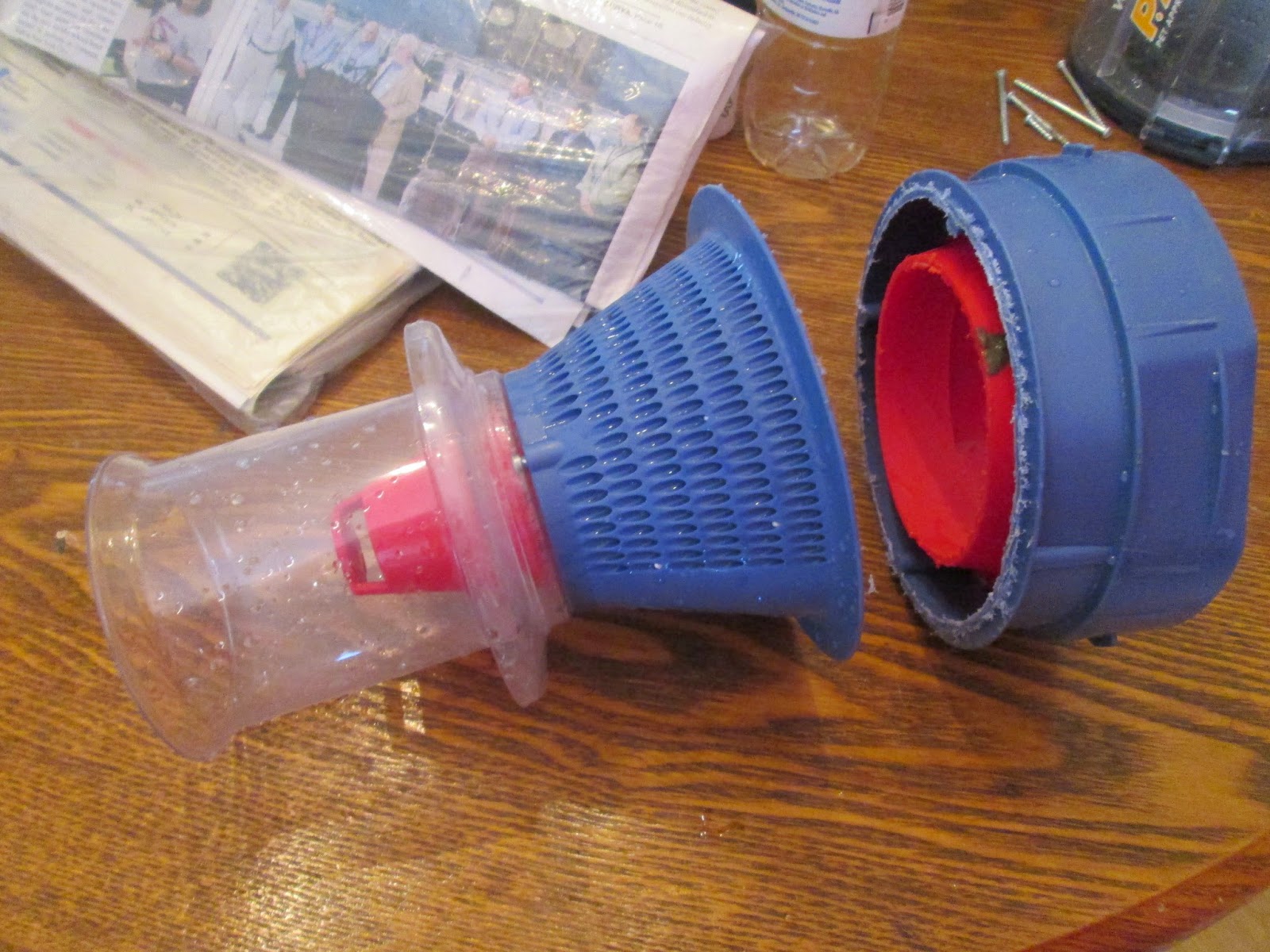 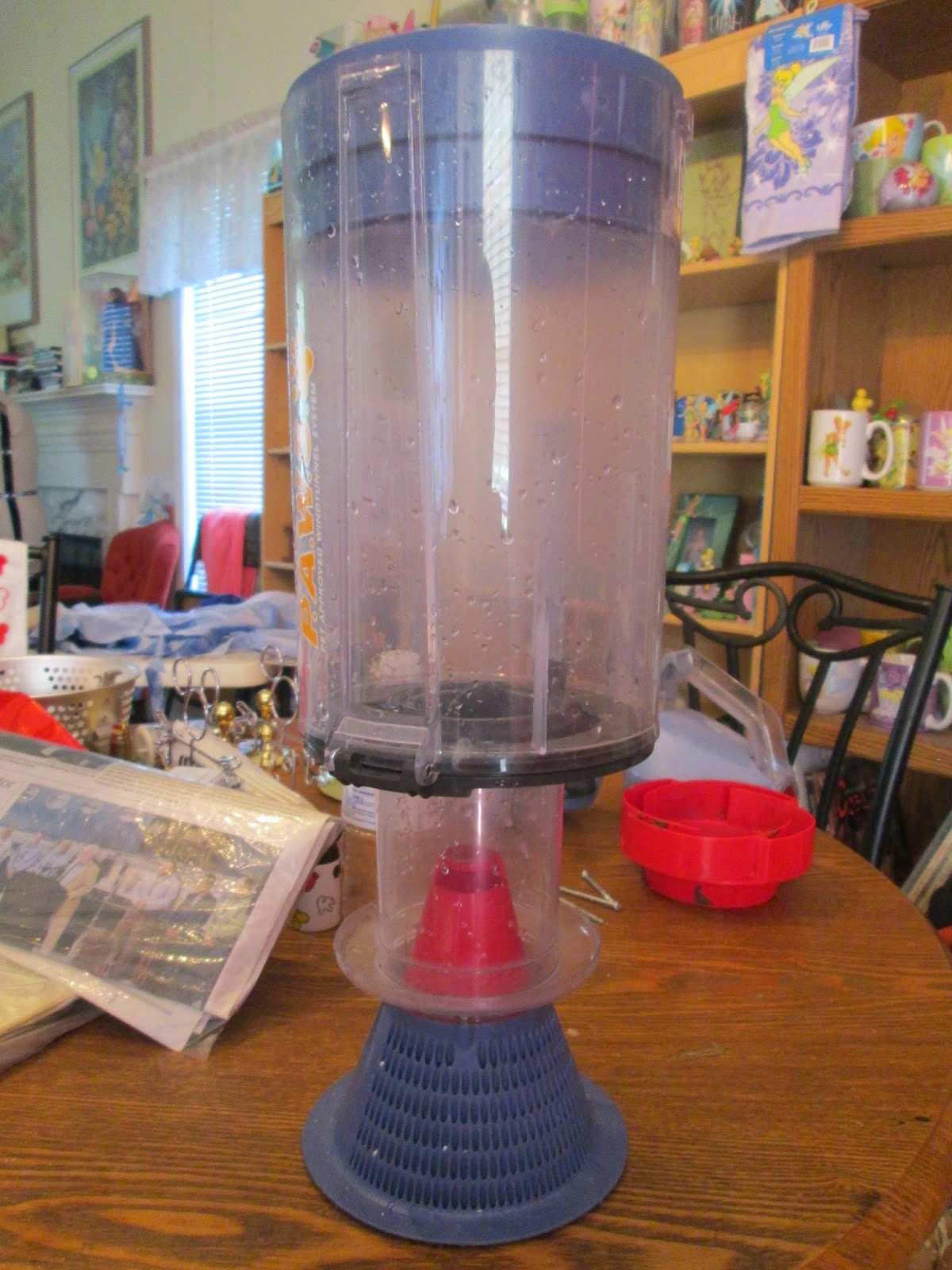 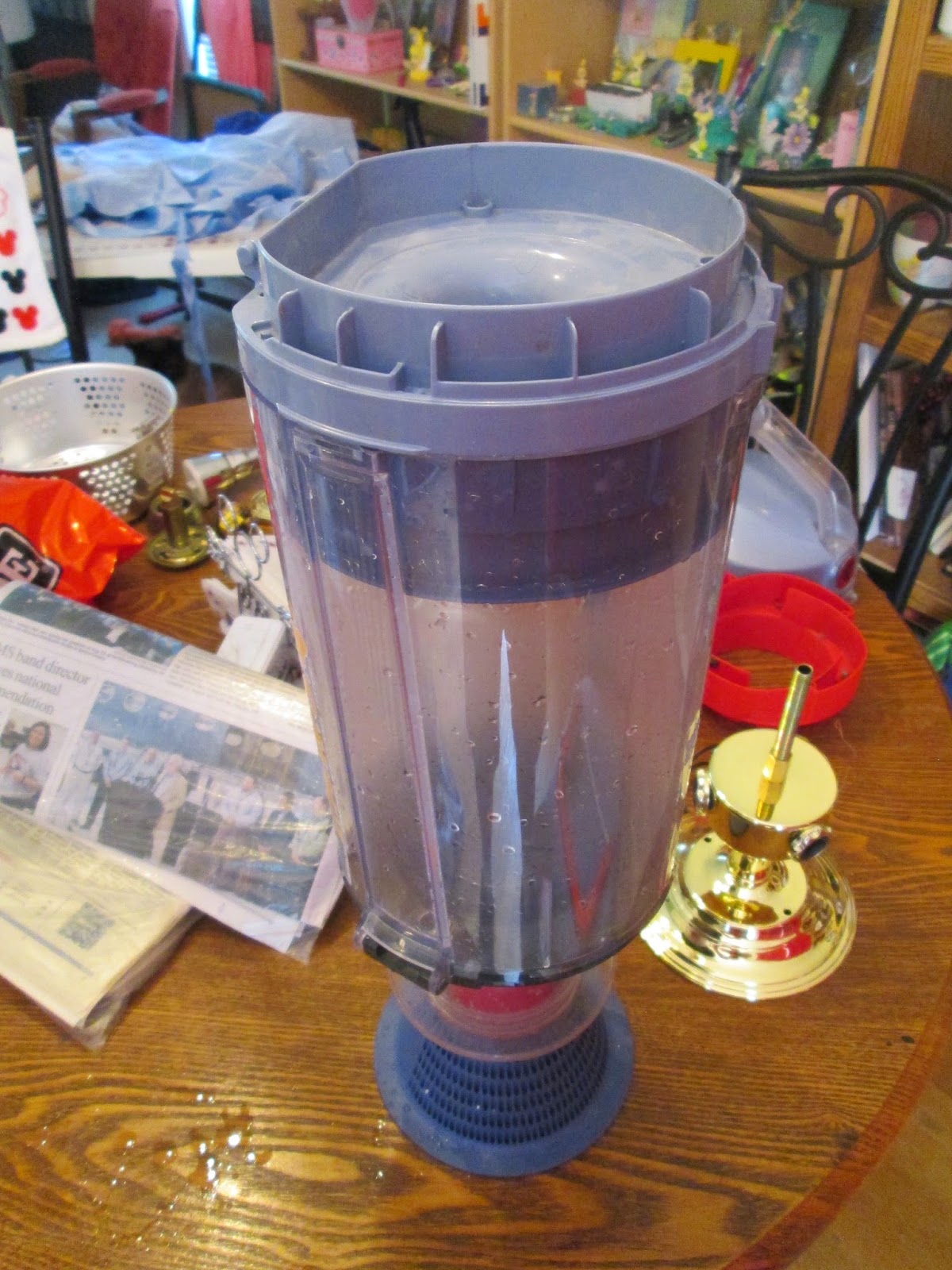 Okay, now that's the start of a jetpack!  But plastic isn't very "steampunk", so I used a couple of shades of metallic paint to get the proper look. 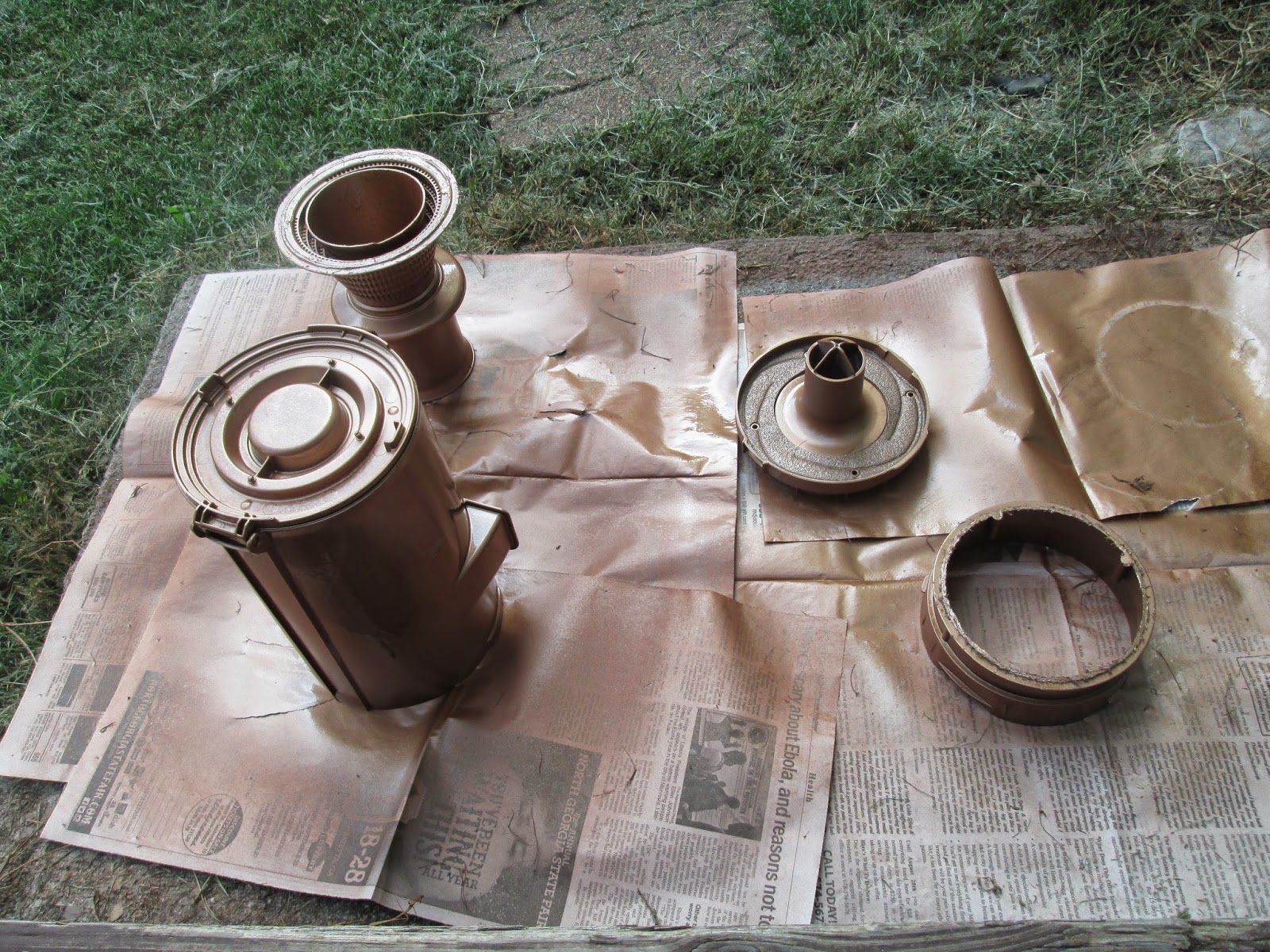 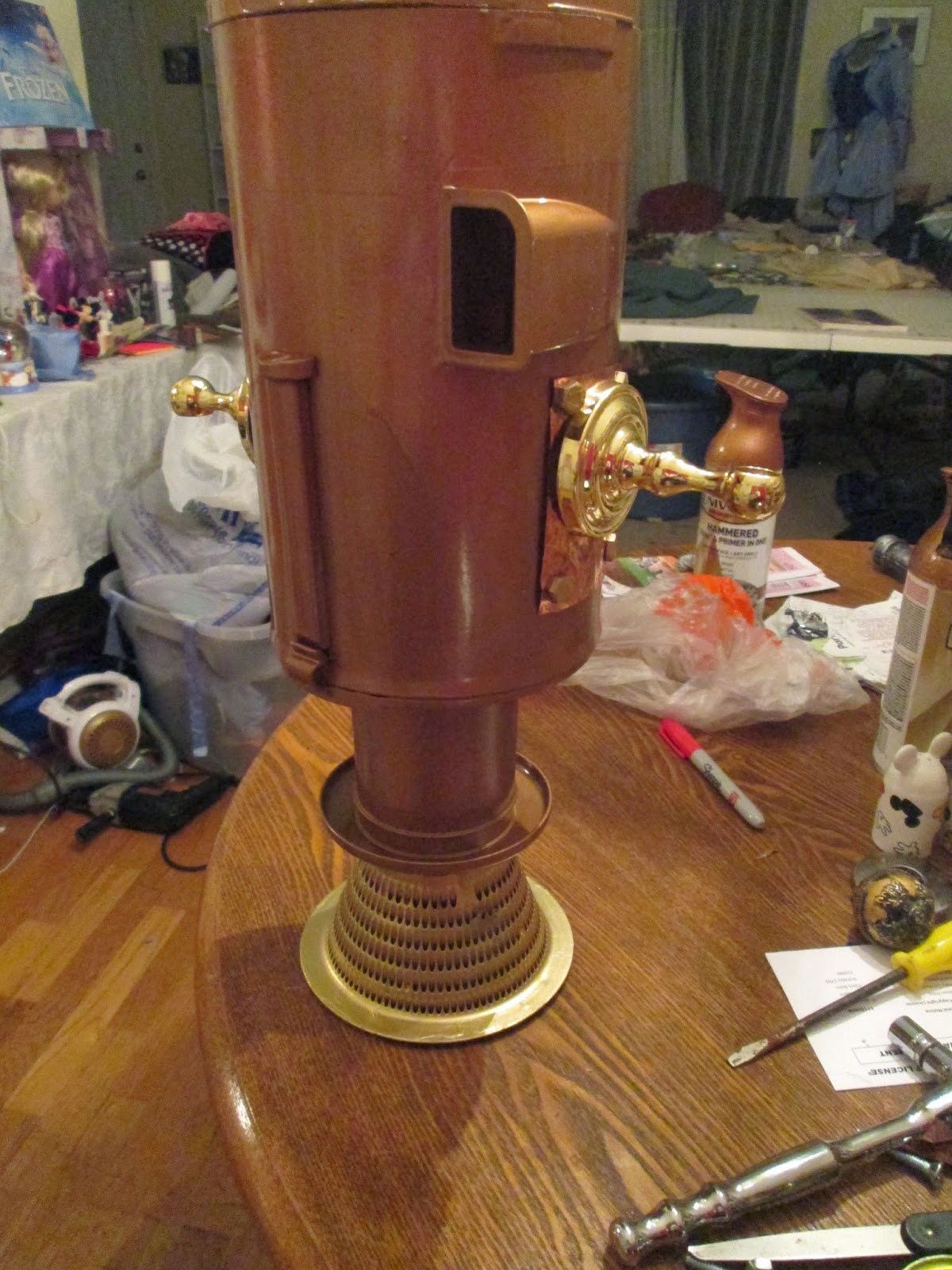 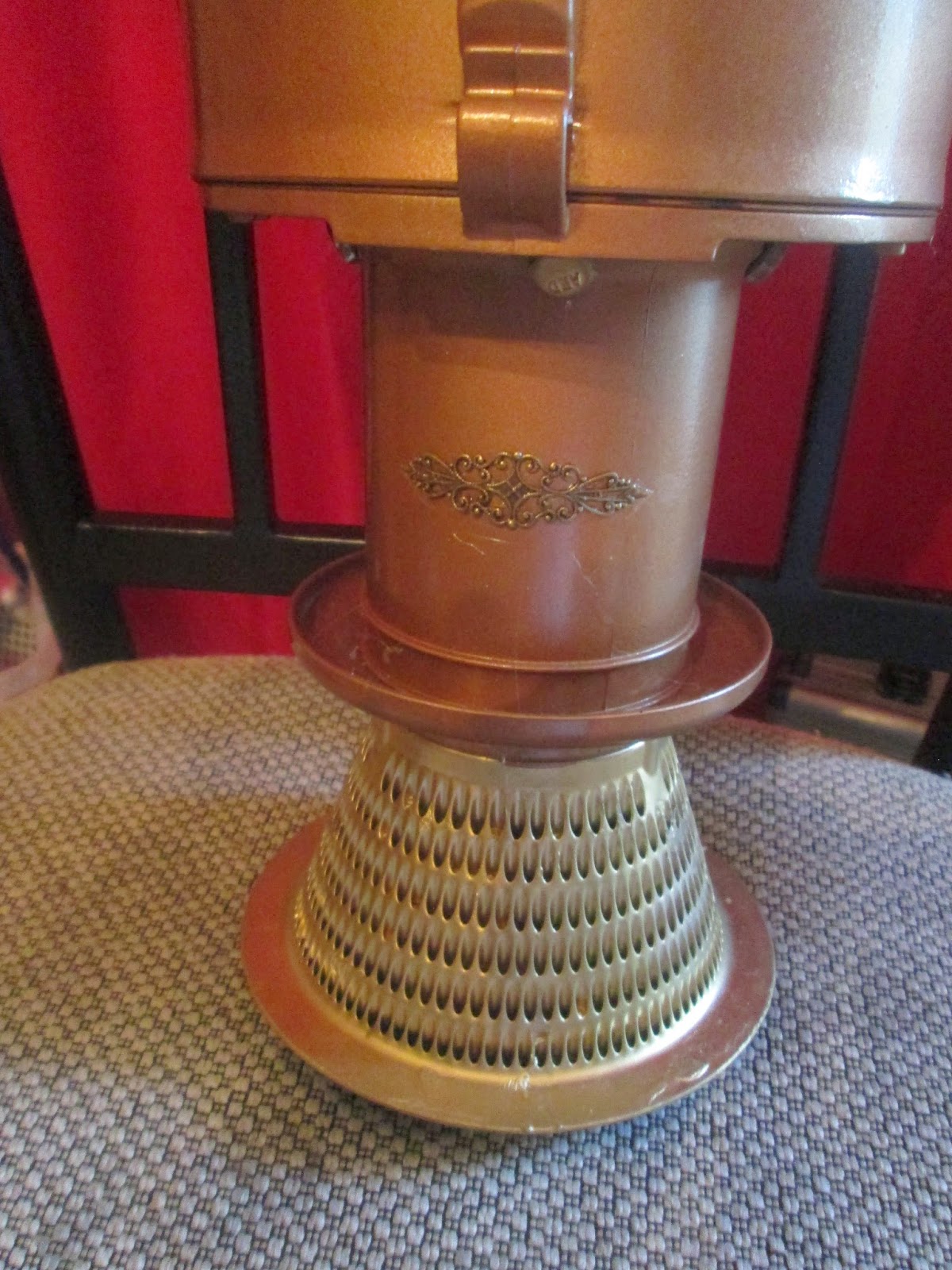 The larger pieces are put together with bolts that I spray painted a nice brass color.  They provide a sturdy connection and don't lose the right "feel" of the Victorian era.

But a simple canister or body isn't enough.  To really look good I needed extra parts.  I also had the idea that the pack would be powered by pixie dust as its fuel, which meant that I needed a way for the pixie dust to get in it.

As I mentioned before, thrift stores are great for steampunk crafting.  In this case the Habitat For Humanity store had some great pieces. 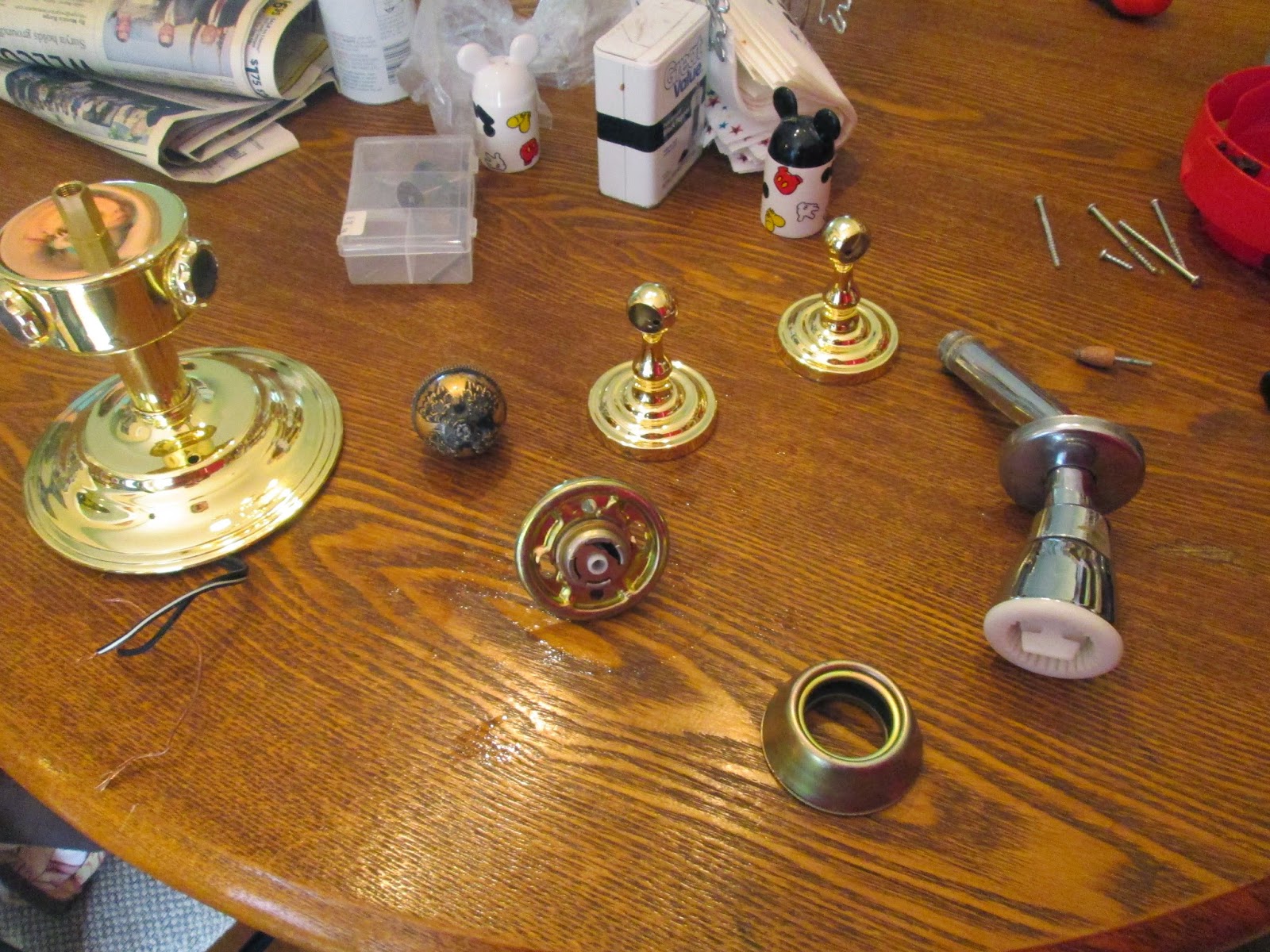 That's the light fixture for a ceiling fan on the left, a cool plastic ornament I found, toilet paper holders, a couple of pieces from a doorknob fixture, and the nozzle for a shower head.  I ended up not using this last piece as it stuck out farther than I wanted, but here is what things looked like as they were coming together. 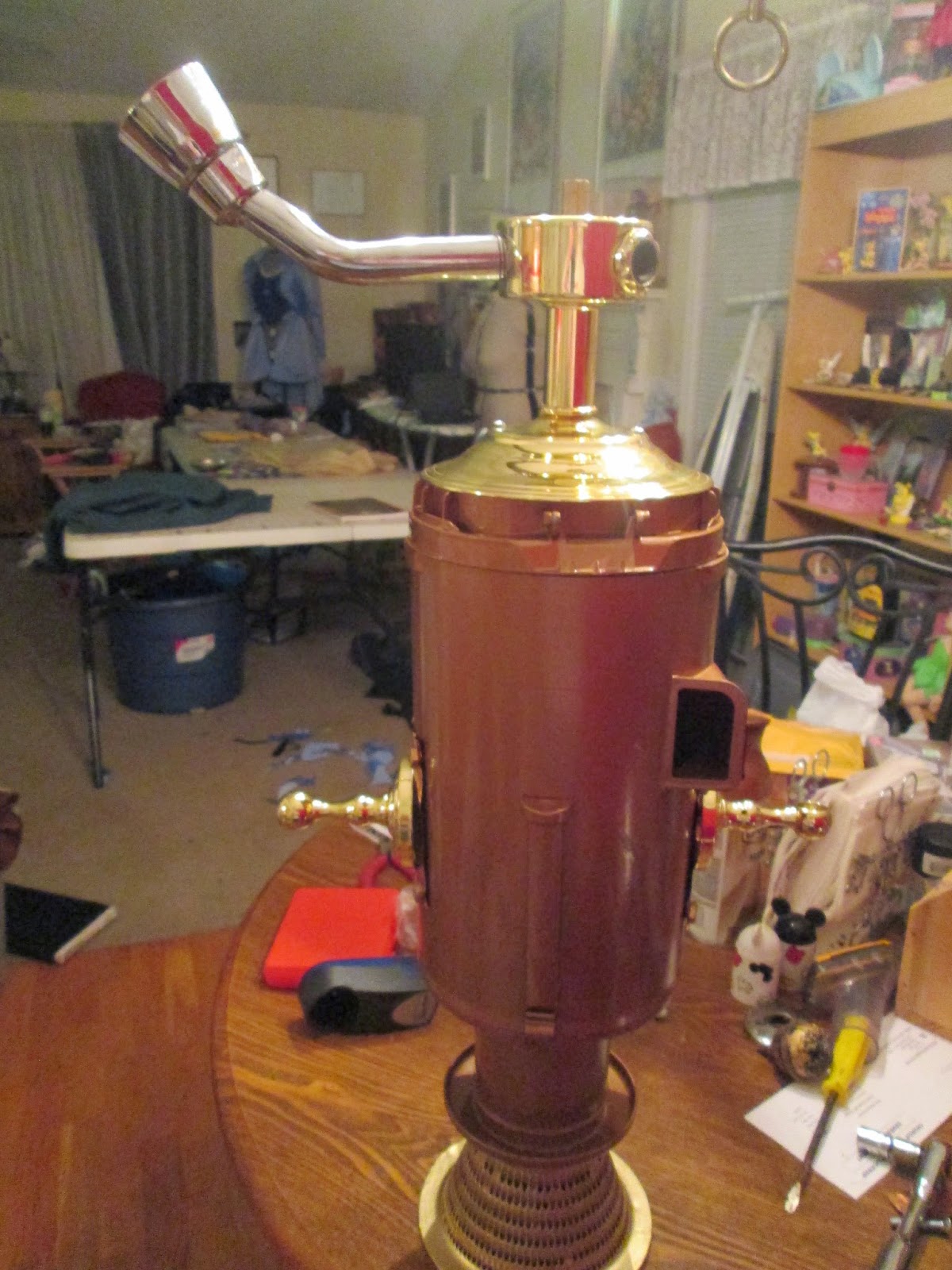 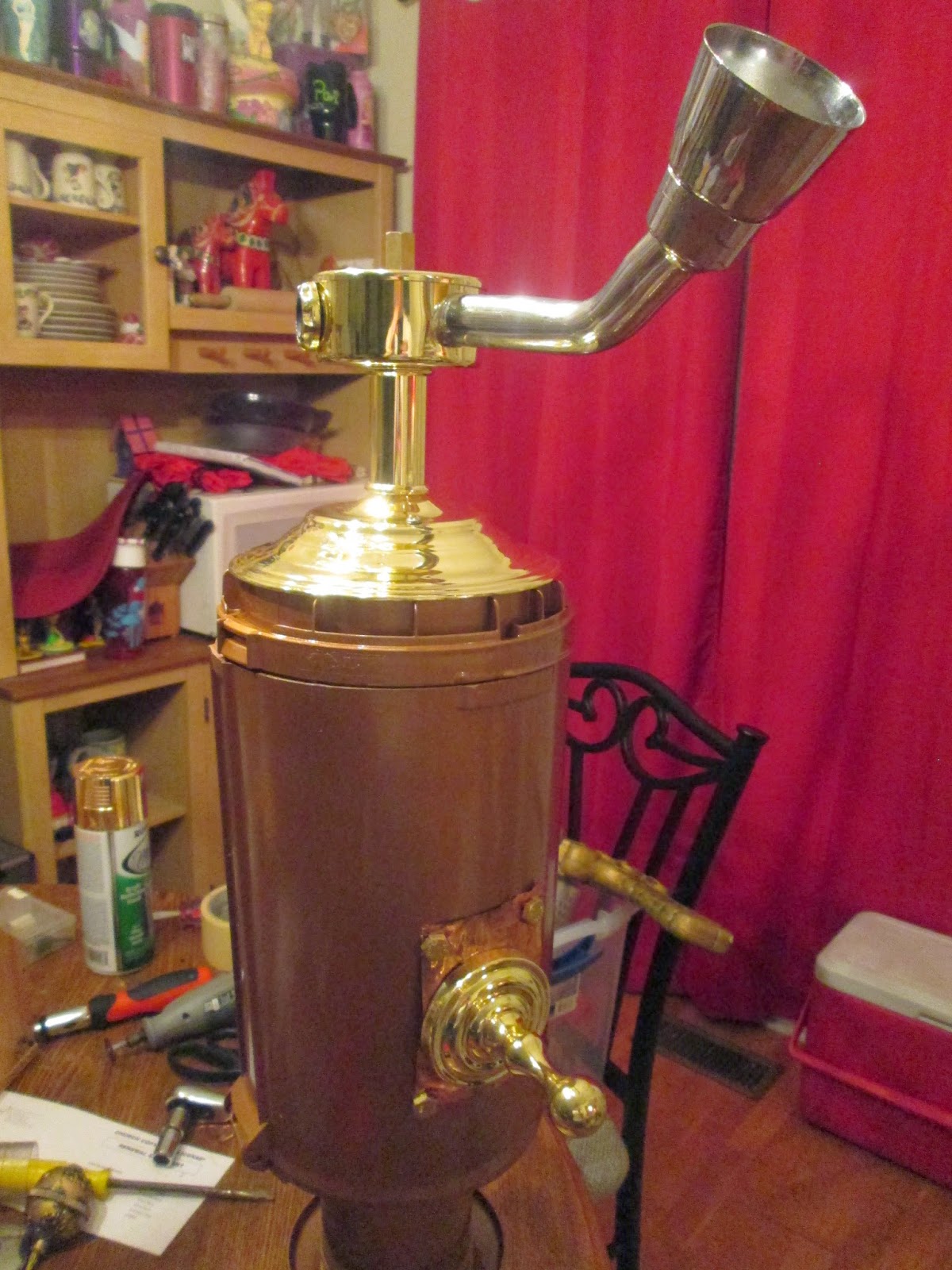 The light fixture is screwed tightly into the top.  The toilet paper holders cover some molded printing on the sides of the plastic canister, and have some cheap brass sheeting from a hobby store to add to the look.  I ended up using a short plastic pipe, spray-painted to look like metal, in place of the shower head.  I had to use a Dremel tool to widen one of the openings on the light fixture, but then it fit perfectly. 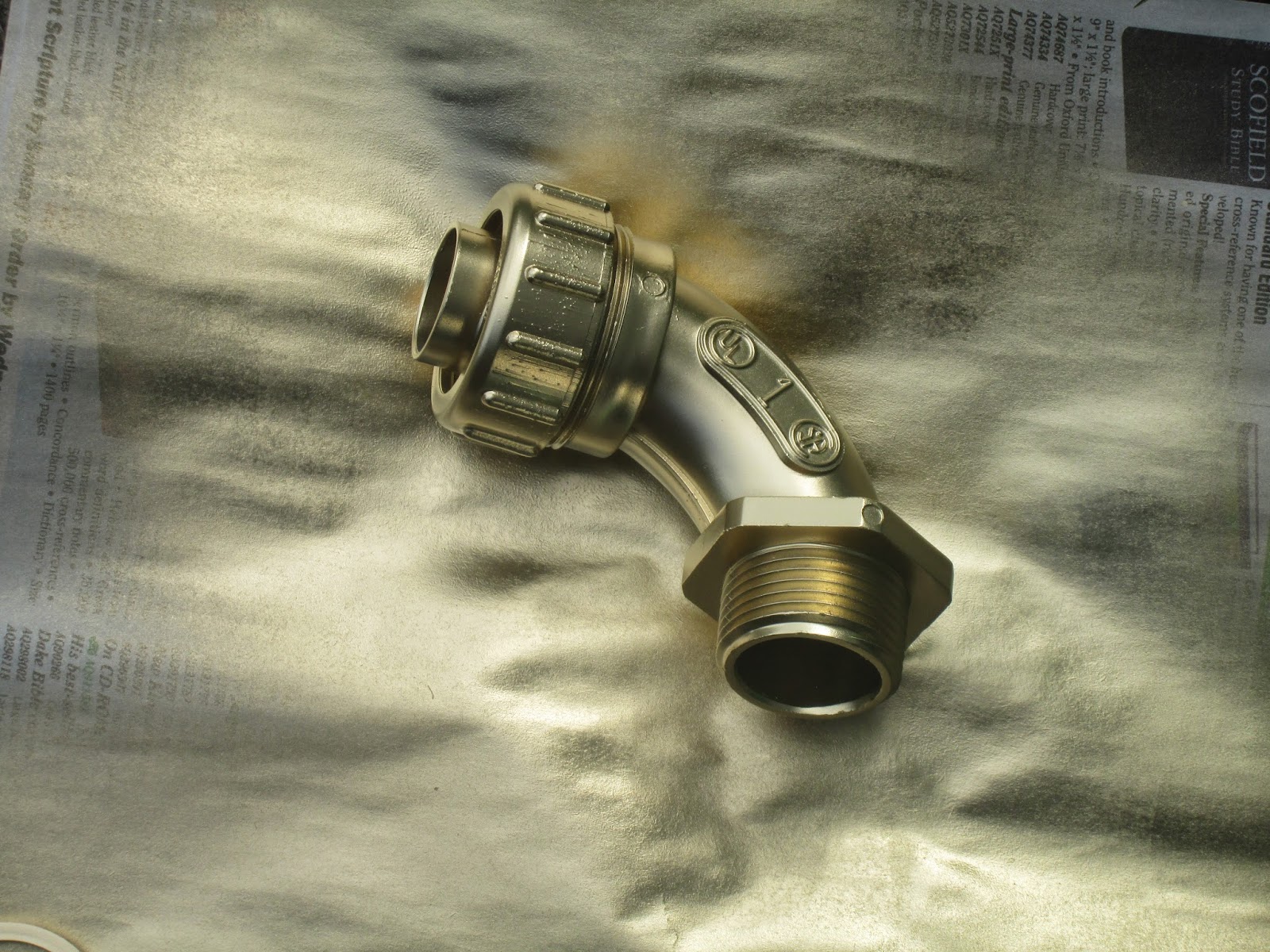 I always imagined the fuel as coming from a bottle containing pixie dust, feeding into the nozzle on the top.  I started to use a glass bottle, but realized that might be fragile.  A cheap plastic Christmas ornament filled with glitter had the right look and wouldn't be as much of a problem if it broke during transit or being bumped.  I used a little glue around the "bottom" half so that some of the glitter would stick to it and make it look more full. 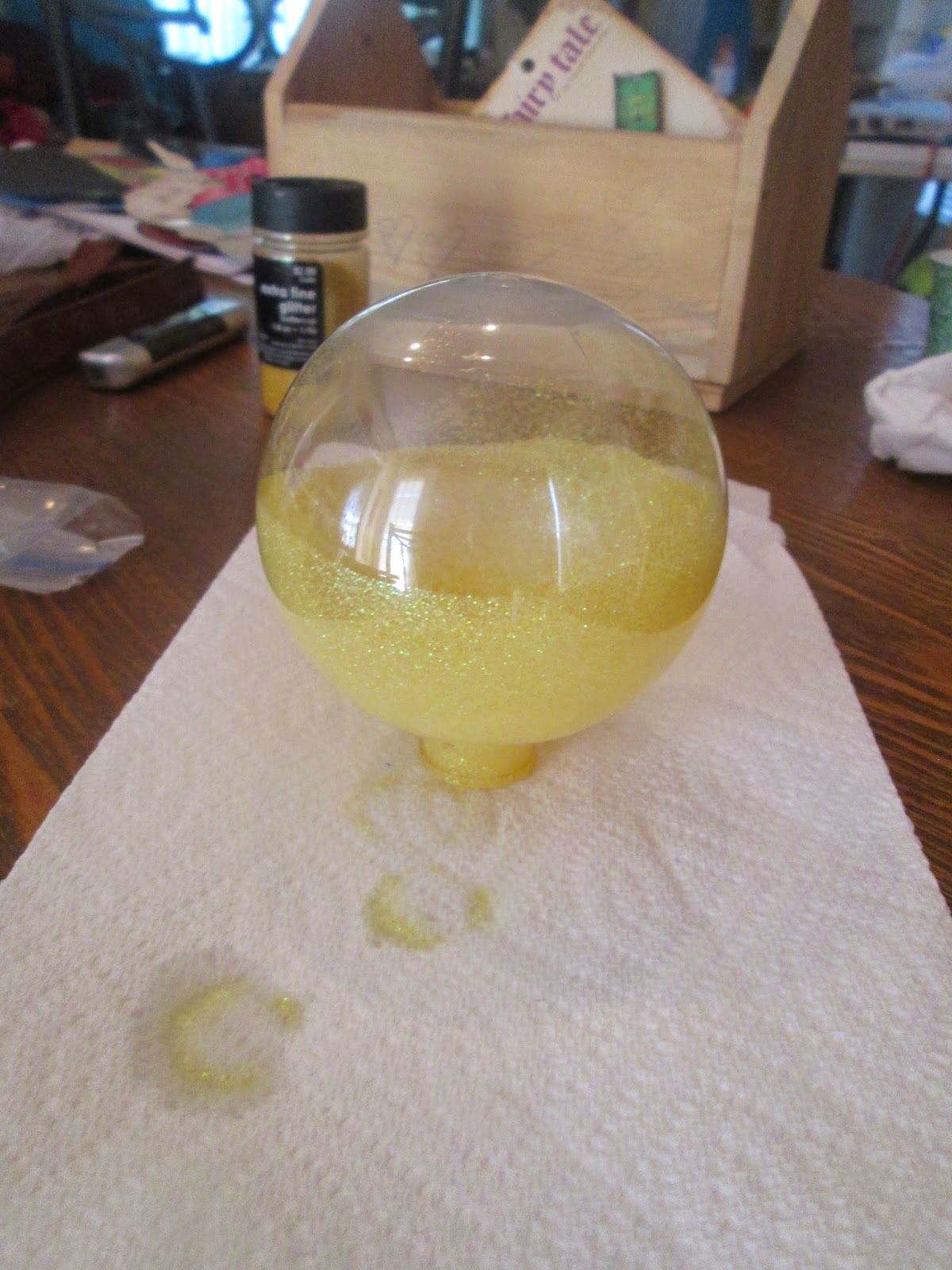 Then I added a few touches such as a tire pressure gauge on top, the handle on a fishing reel, and a few decorative pieces from the jewelry and scrapbooking sections of the hobby store.  I also added a simple light fixture to create an interesting "look", as well as gears in appropriate places to complete the steampunk theme.  Here is the finished piece. 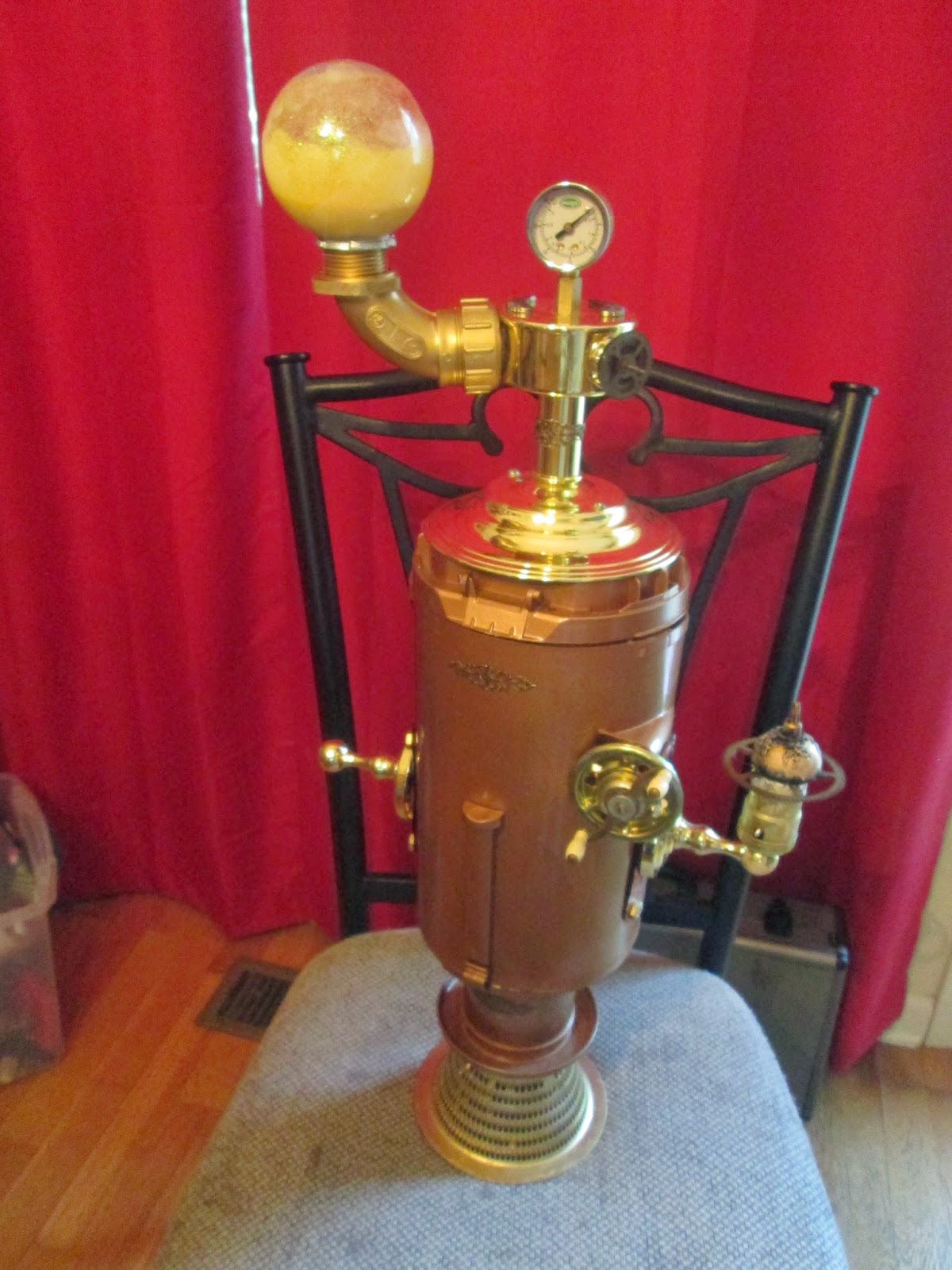 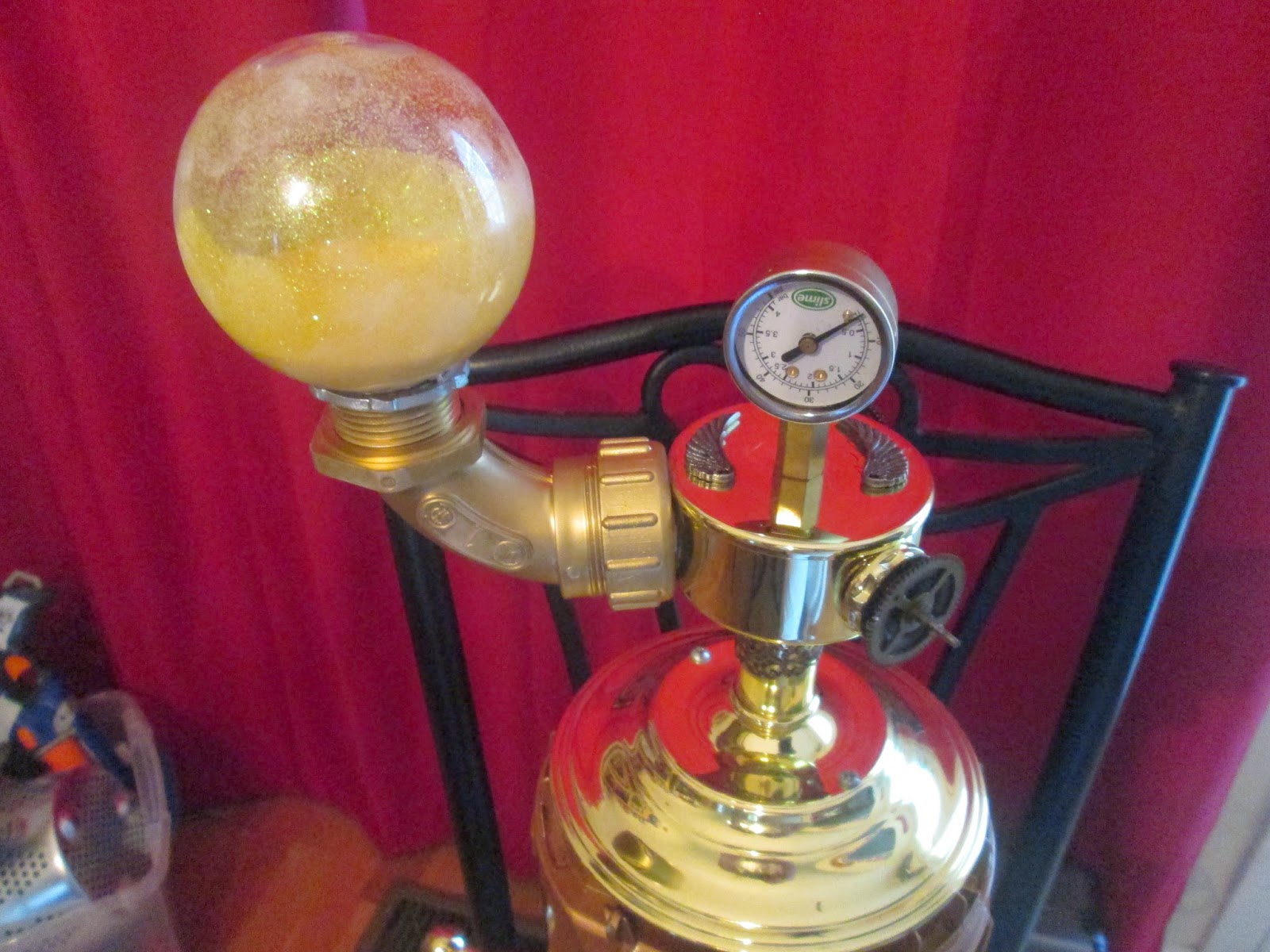 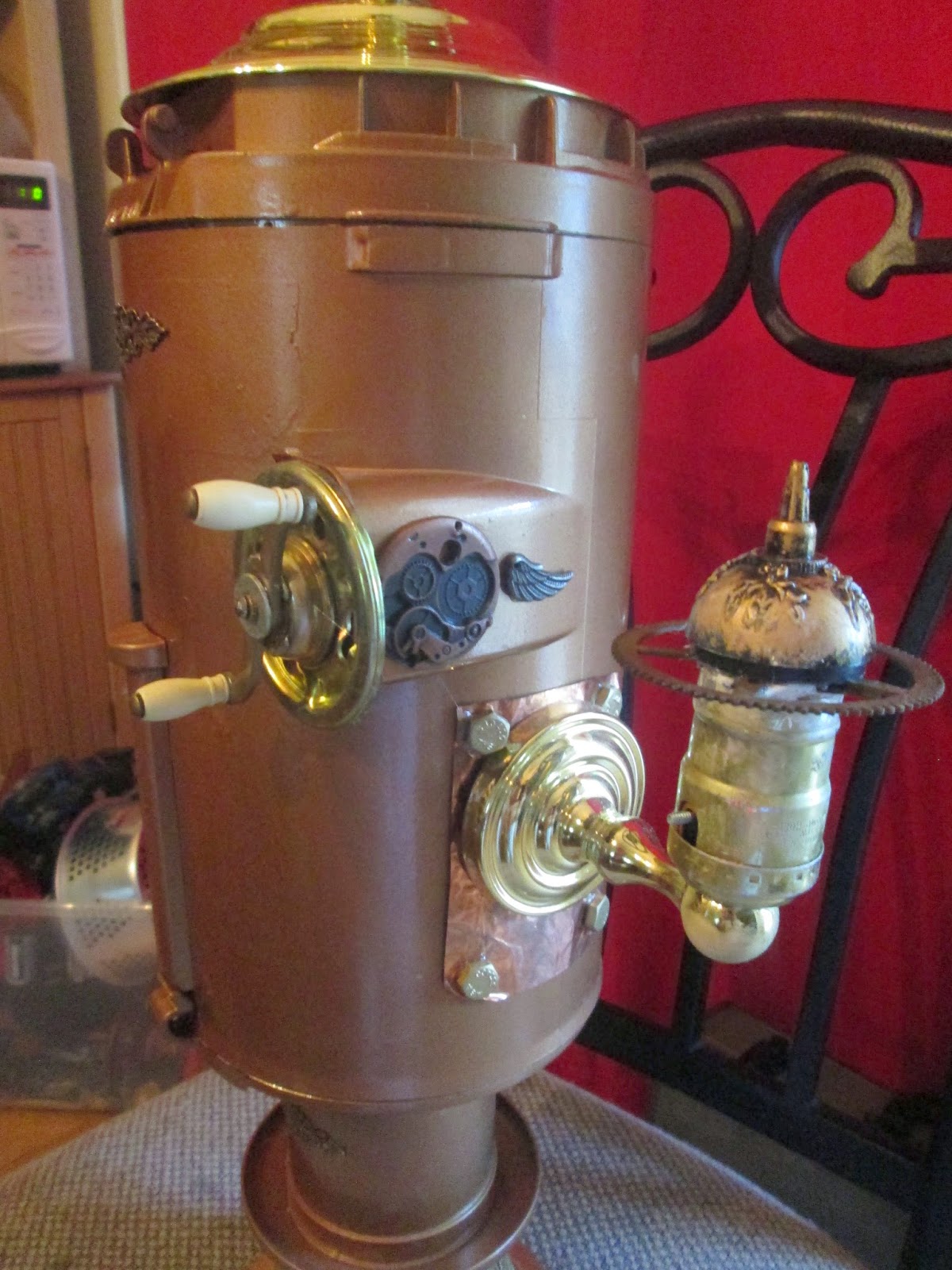 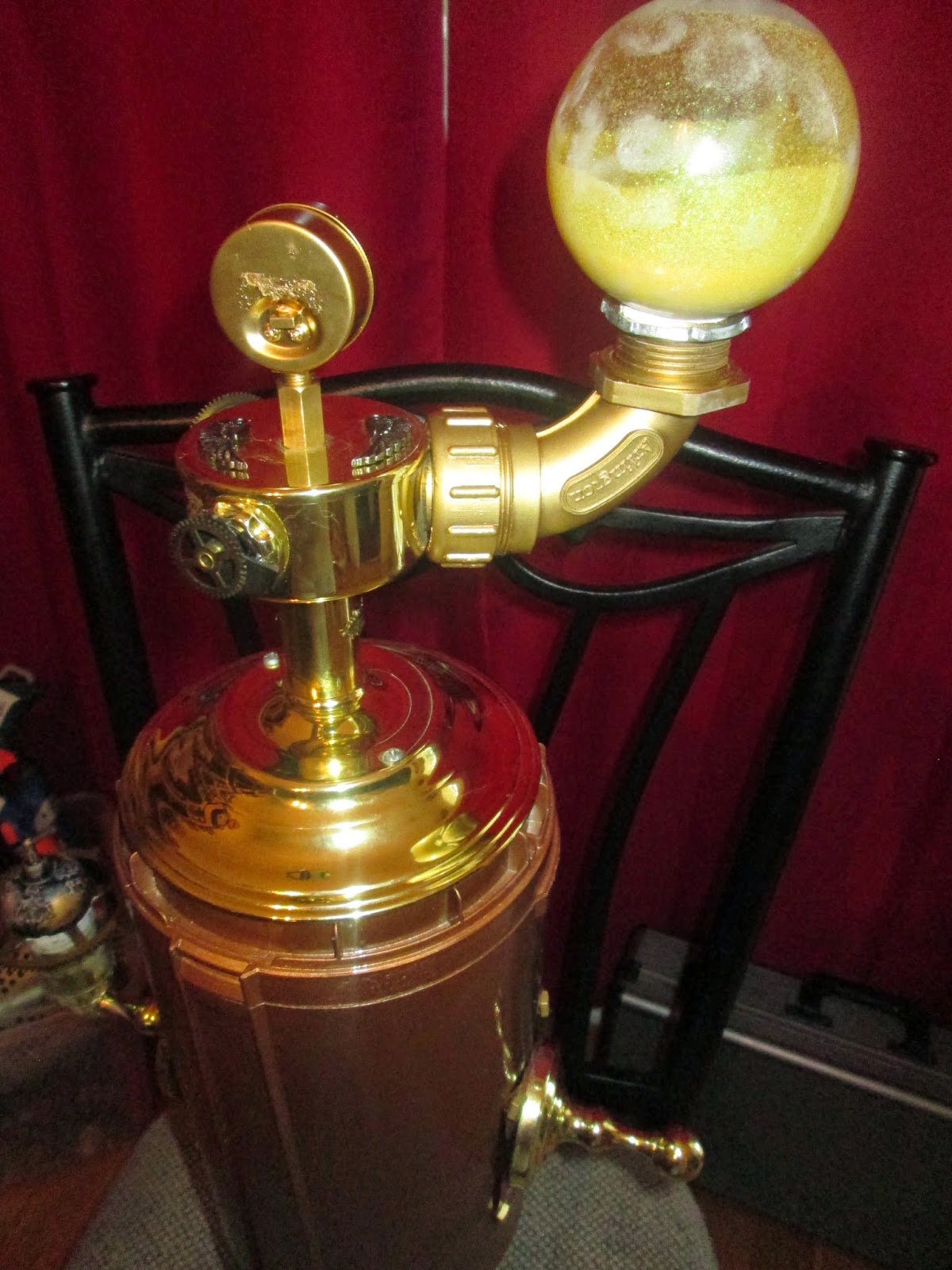 But Peter has to wear it, so I found some great leather with brass studs in the fabric section of the craft store.  A few more bolts and some clips, and we have a jetpack harness with two buckles in front. 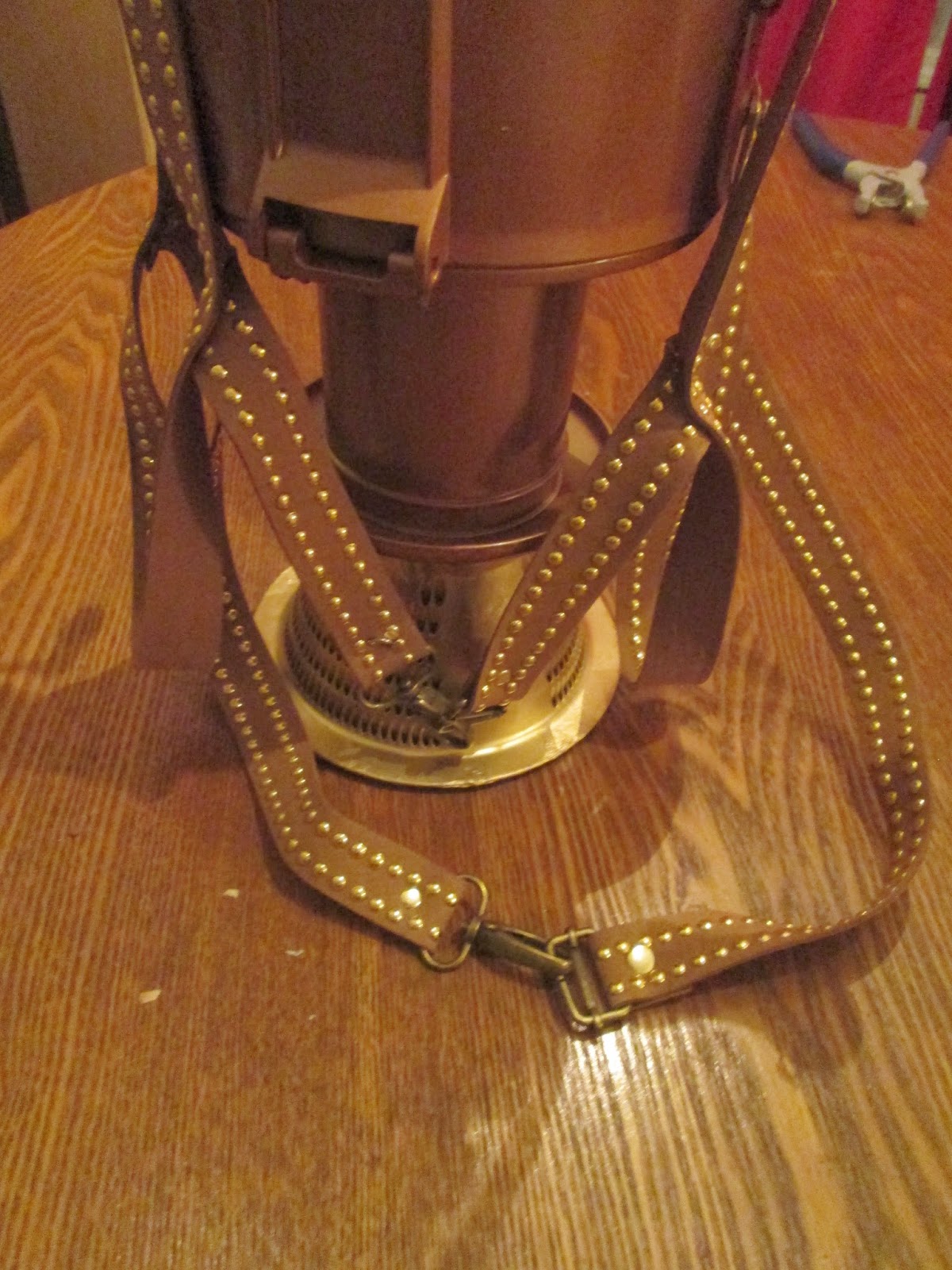 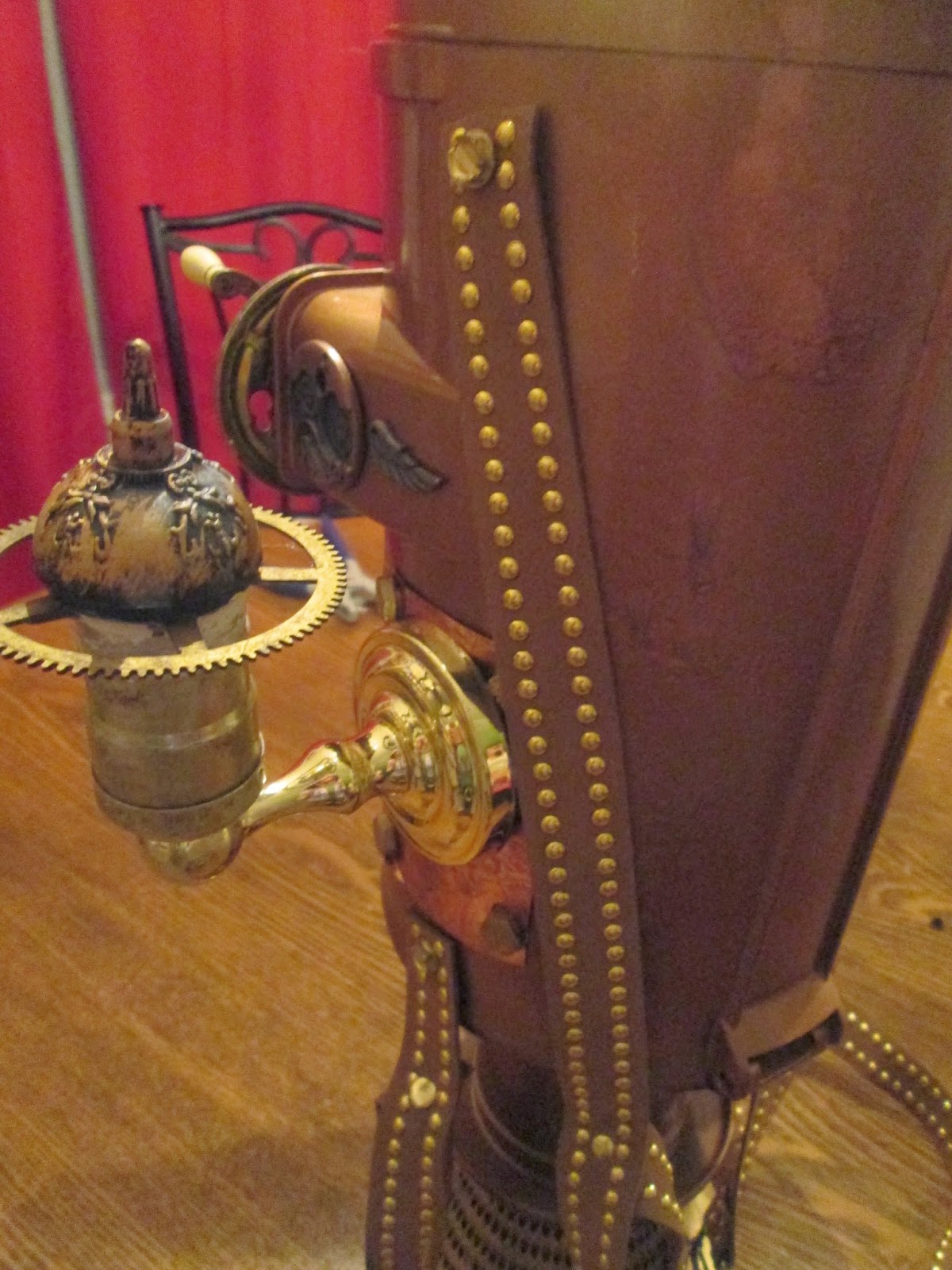 And there you have it!  A steampunk jetpack!  And it looked even better as part of the full costume.  But those pictures will be for the next post.
Posted by Chris Bern, DVM at 6:35 PM