As I mentioned in the last post, my family and I made a set of costumes with steampunked versions of characters from Neverland:  Captain Hook, Tinker Bell, Peter Pan, and Wendy.  My wife had made her costume a few months ago, which inspired us to make complementary ones for the rest of the family. 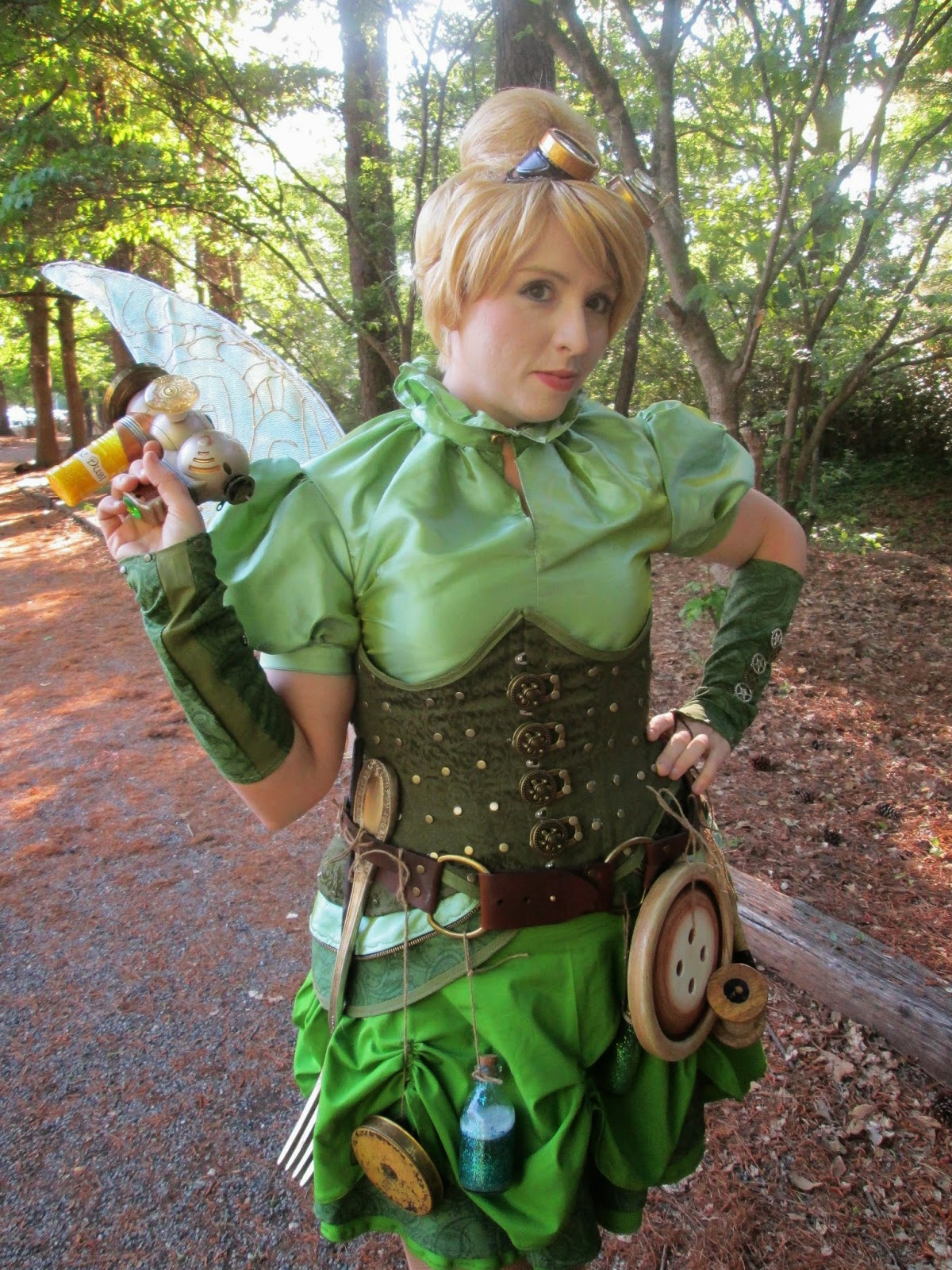 We've been working on them for the last few months, and debuted them on the Disney Magic cruise ship during our vacation last week on a Halloween cruise. 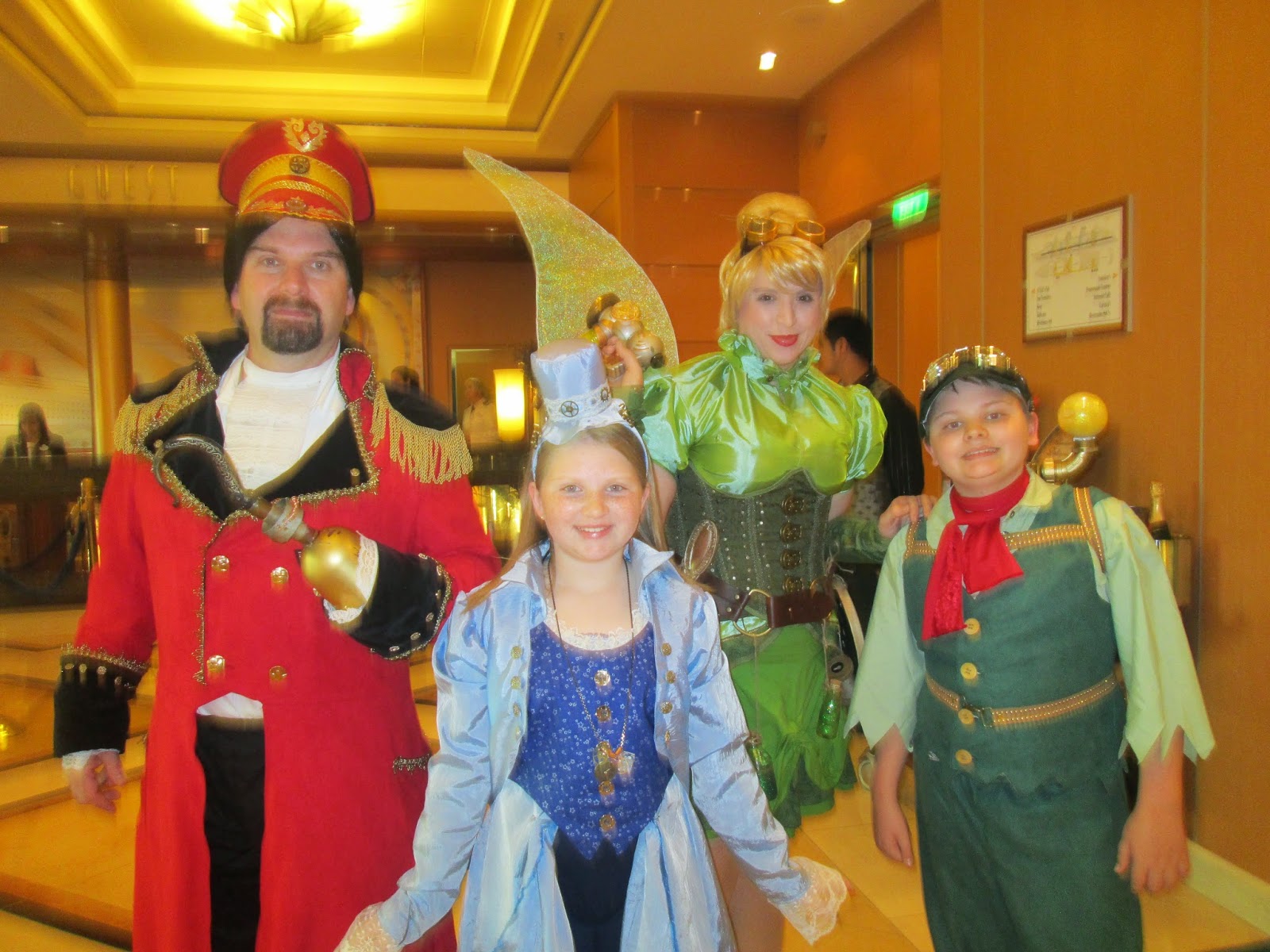 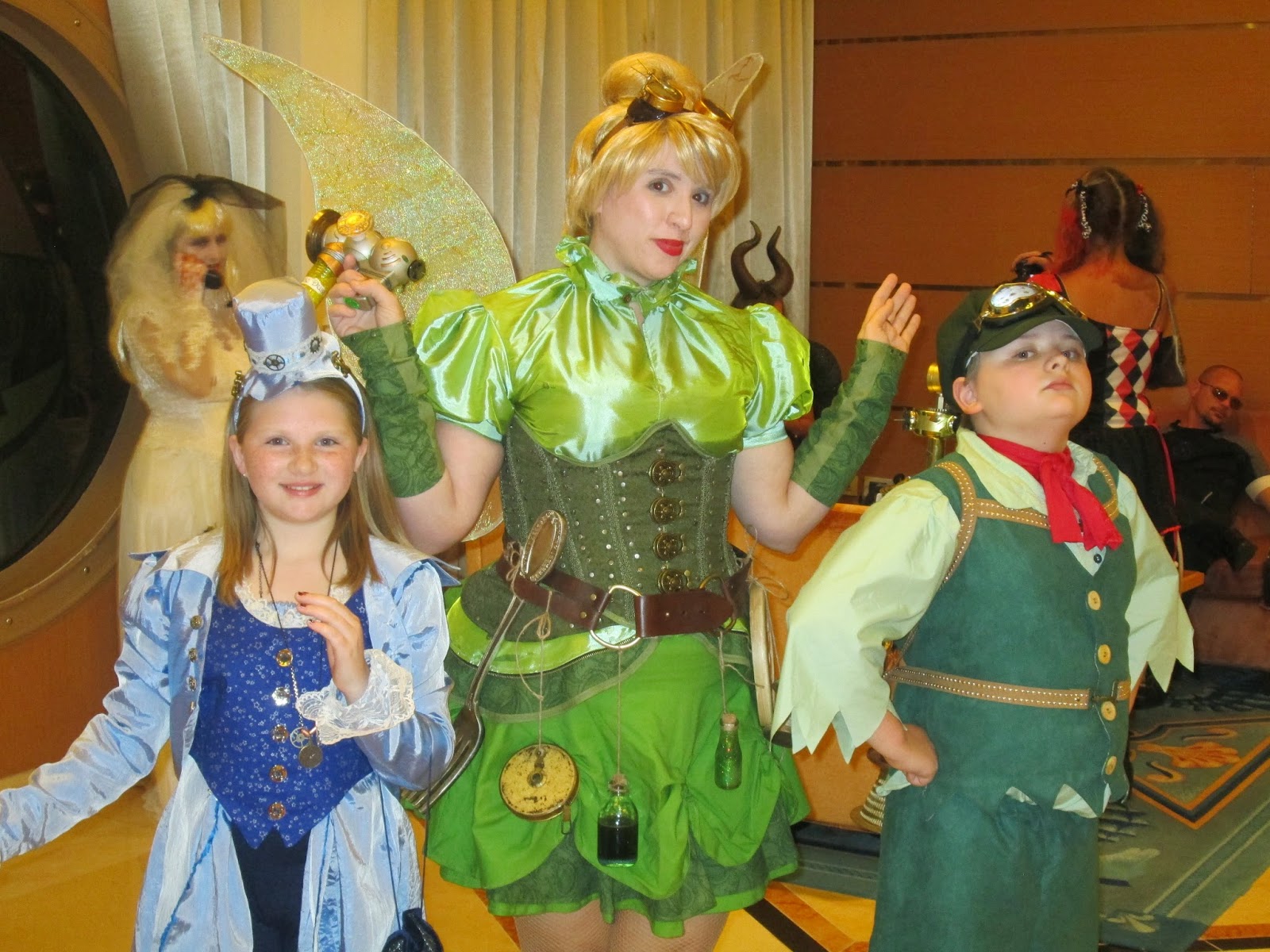 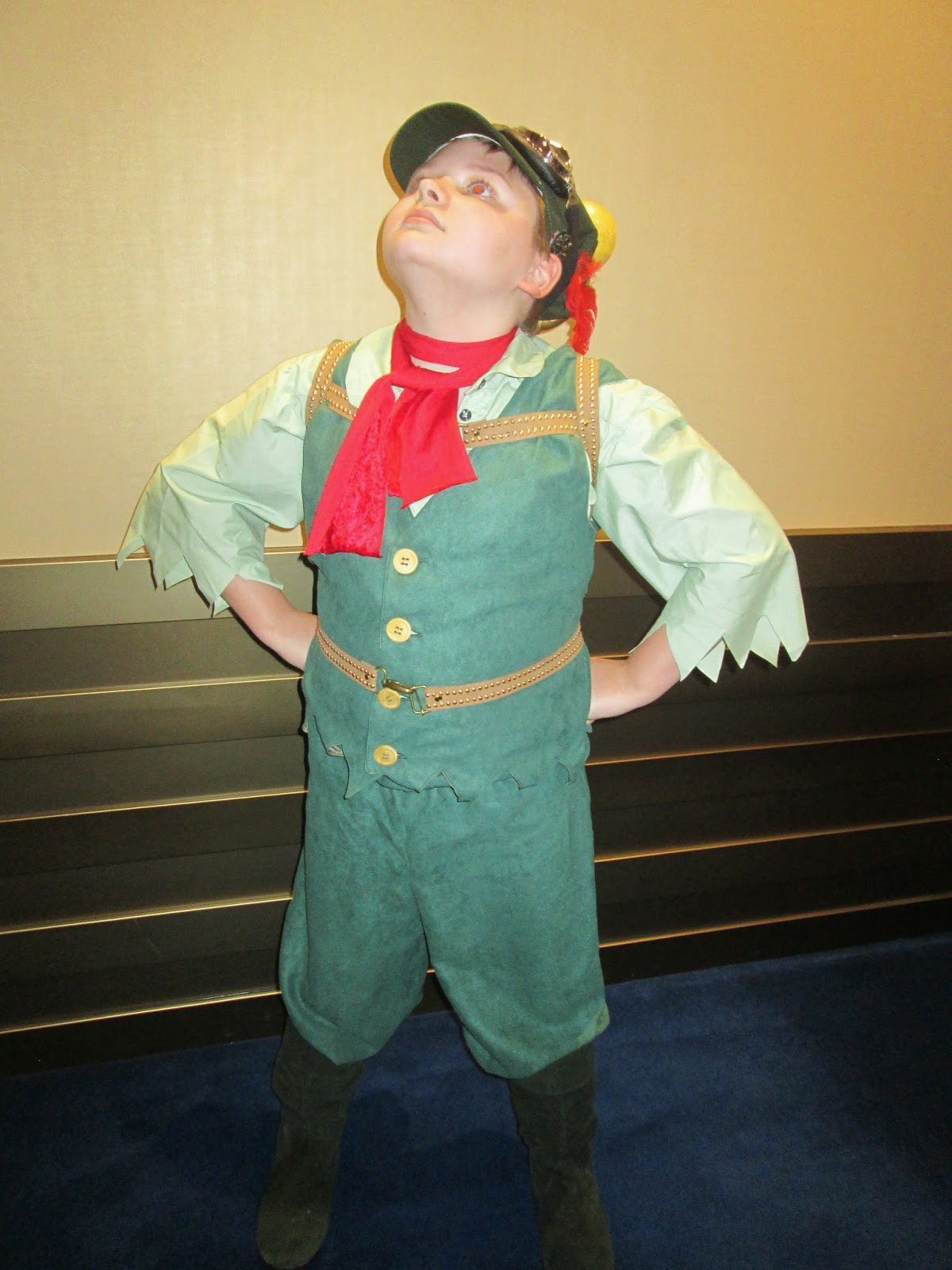 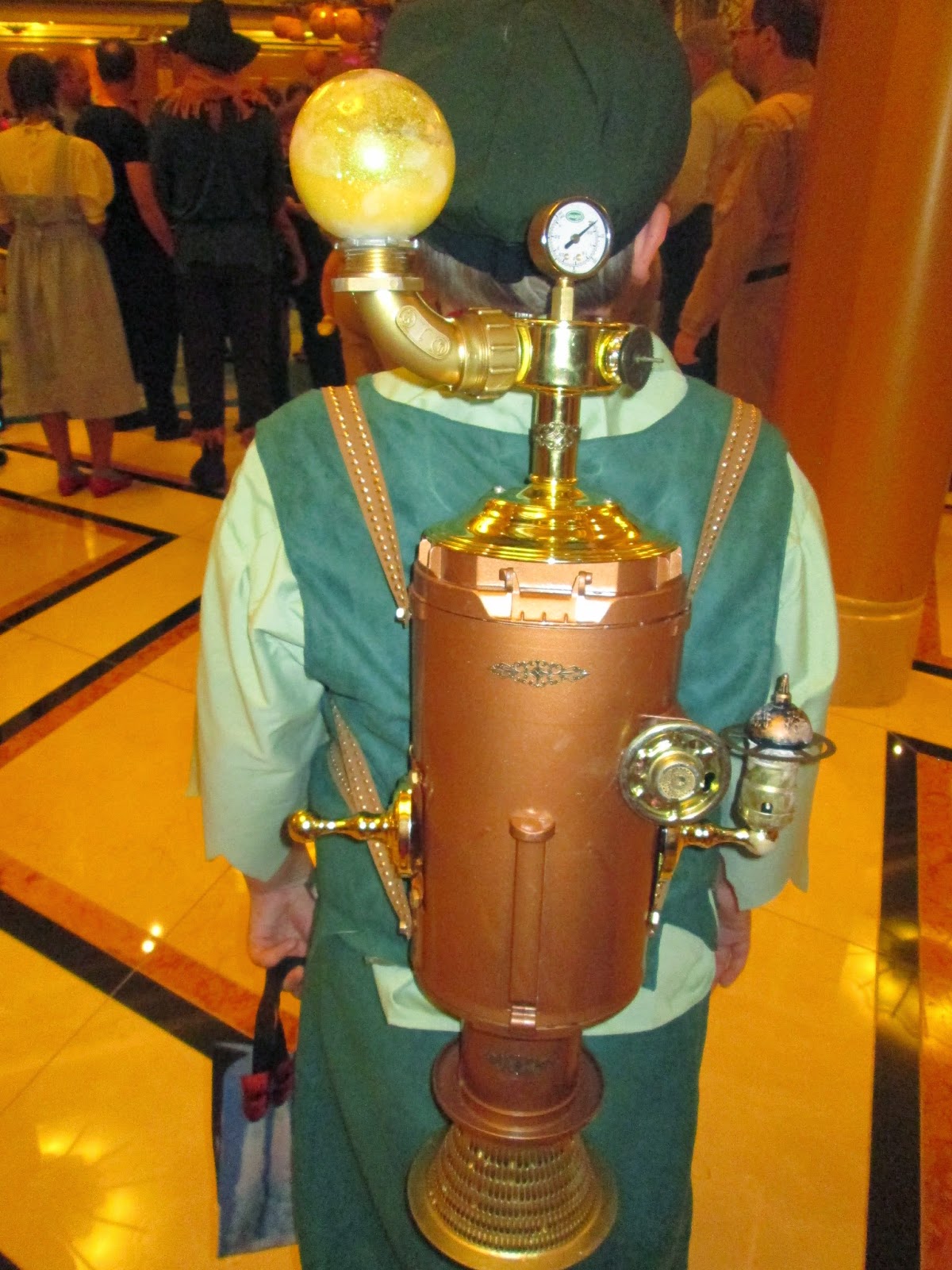 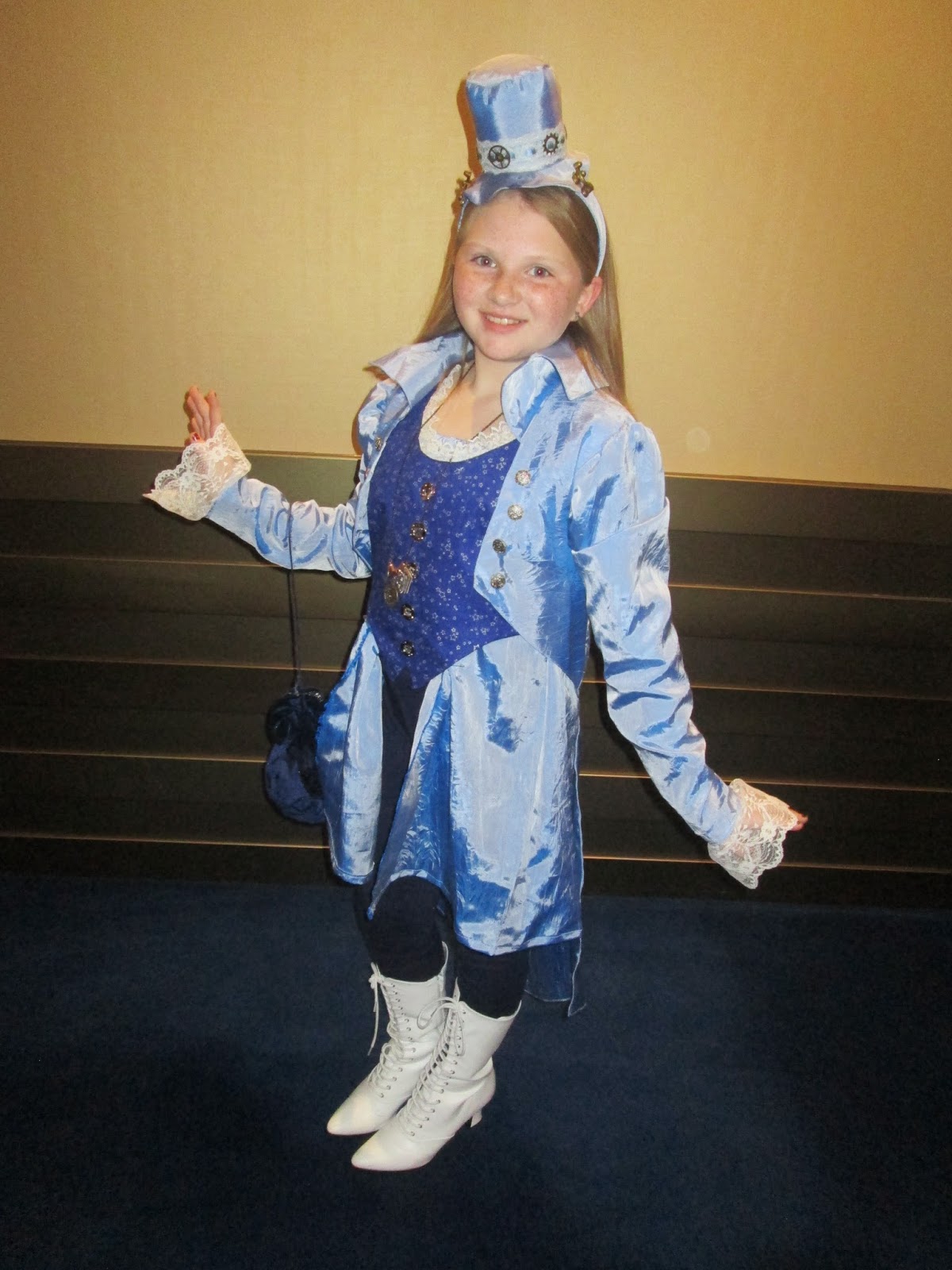 You can see the hook and jetpack that I made and posted about previously.  There are also lots of small details that aren't immediately evident in these photos, such as the star pattern on Wendy's vest, the gears on Hook's, Wendy's and Peter's hats, and Wendy's necklace.

The costumes were a hit with the crowd, and even several crew/cast members were blown away by them and very admiring.  One guest commented that my wife's costume was "movie-quality".  We really enjoyed them and will be wearing them again in a local Toys For Tots Christmas parade.