Trying To Outsmart The Cat

Pretty much all of my pets have "geek" names.  We have Inara, Yvaine, Ash, Tristan, Frodo, and many others.  Our youngest cat is named Pippin.  And he has certainly lived up to his name.


Look how cute he was as a kitten!  How innocent and adorable! 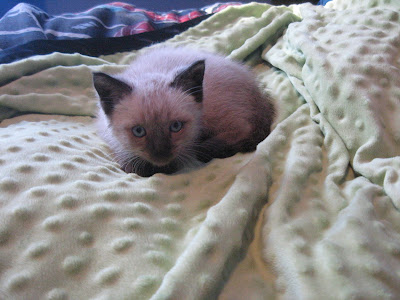 And as he grew he became more affectionate.  In fact, his best attribute is that he's a very sweet cat. 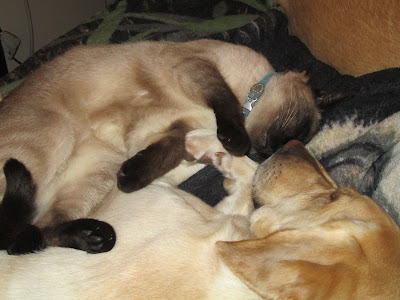 However, as he got older we began to realize how mischievous he was and what a troublemaker he turned out to be.  We realized that he had started to live up to his namesake.

If you're not familiar with Pippin in the Lord of the Rings stories, here are a few clips that might help.

Our Pippin is just as nice and just as likely to have his curiosity get him into trouble.  But his persistence in getting into things has resulted in us having to make some pretty big lifestyle changes.

It began with him getting into the kitchen trash can, though that happens commonly with pets and wasn't that surprising.  We changed to a can that had a latch in the lid that you had to push in order to open it.  It helped for a while, but then we noticed that he had learned how to reach up with his paw and push around until he hit the latch.  Then we got a different can that had a locking lid requiring you to pull it out in order to open it.  He couldn't get it open, but figured out that by pushing over the can the whole lid would come off and he could get into it.  We upped the ante by putting several pounds of large garden rocks in the bottom, weighing it down.  Between the rocks and the locking lid, we've been successful in keeping him out of the trash.

But that wasn't the end.  We have a drawer in the kitchen where we keep the pet treats.  He noticed this but couldn't figure out how to pull it open with his paw.  Instead he opened the cabinet underneath it, went inside, then pushed the drawer open from the back!  So we had to put rubber bands around the drawer handle and the one next to it to keep him from being able to open it.

And it gets better.  This guy is one of the most intelligent cats that I've ever known.

One time we didn't close the refrigerator door well enough, and he discovered the food inside, dragging some out.  Not long after that we noticed a bag of chicken nuggets in our laundry room, which meant that he had figured out how to open our freezer and pull food out of it.  We kept discovering him with food pulled out of the fridge or freezer, so we knew he had learned the trick.  My solution was to attach baby locks to both doors which has stopped him.  But I feel silly having to put baby locks on our furniture when my kids are 12 and 14.

All I can say is that it's a good thing he is such a sweet, affectionate cat.  He drives us crazy and we've had to do things we never expected to do with our pets, but like Tolkien's Pippin he is too lovable to completely hate.
Posted by Chris Bern, DVM at 5:29 PM