I hate seeing obese pets.  I really, really do.  It is something that in most cases is completely preventable and results from a combination of too much food and too little exercise.  Most of my clients don't seem as concerned about the health consequences as I am so it becomes frustrating to recommend weight loss and then they ignore my advice.
It shouldn't be a surprise that pet obesity is a rapidly growing problem in the US.  Our human population is one of the fattest in the world, so it's no shock that our pets resemble us in this way.  As with humans, there are consequences to obesity.  Cats are about six times as likely to become diabetic if they are obese, and this disease is particularly challenging to regulate in the species.  Being overweight also can lead to skin problems, liver disease, heart disease, joint issues, and increased risks of anesthesia.
My clinic recently saw one of the fattest cats I've personally examined.  Actually, one of my associate doctors had the case, but I got the chance to look at him too.  Here are some photos. 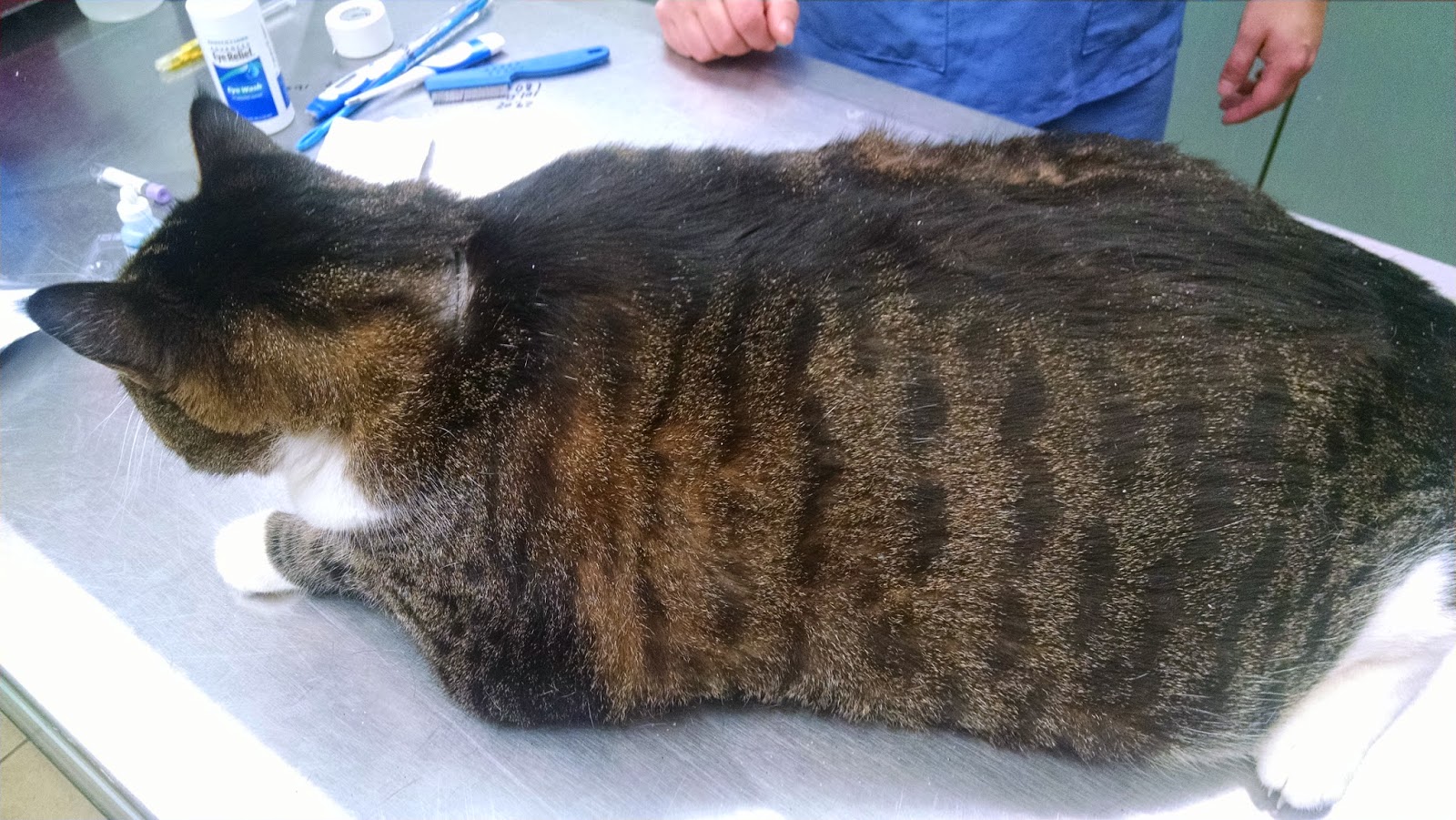 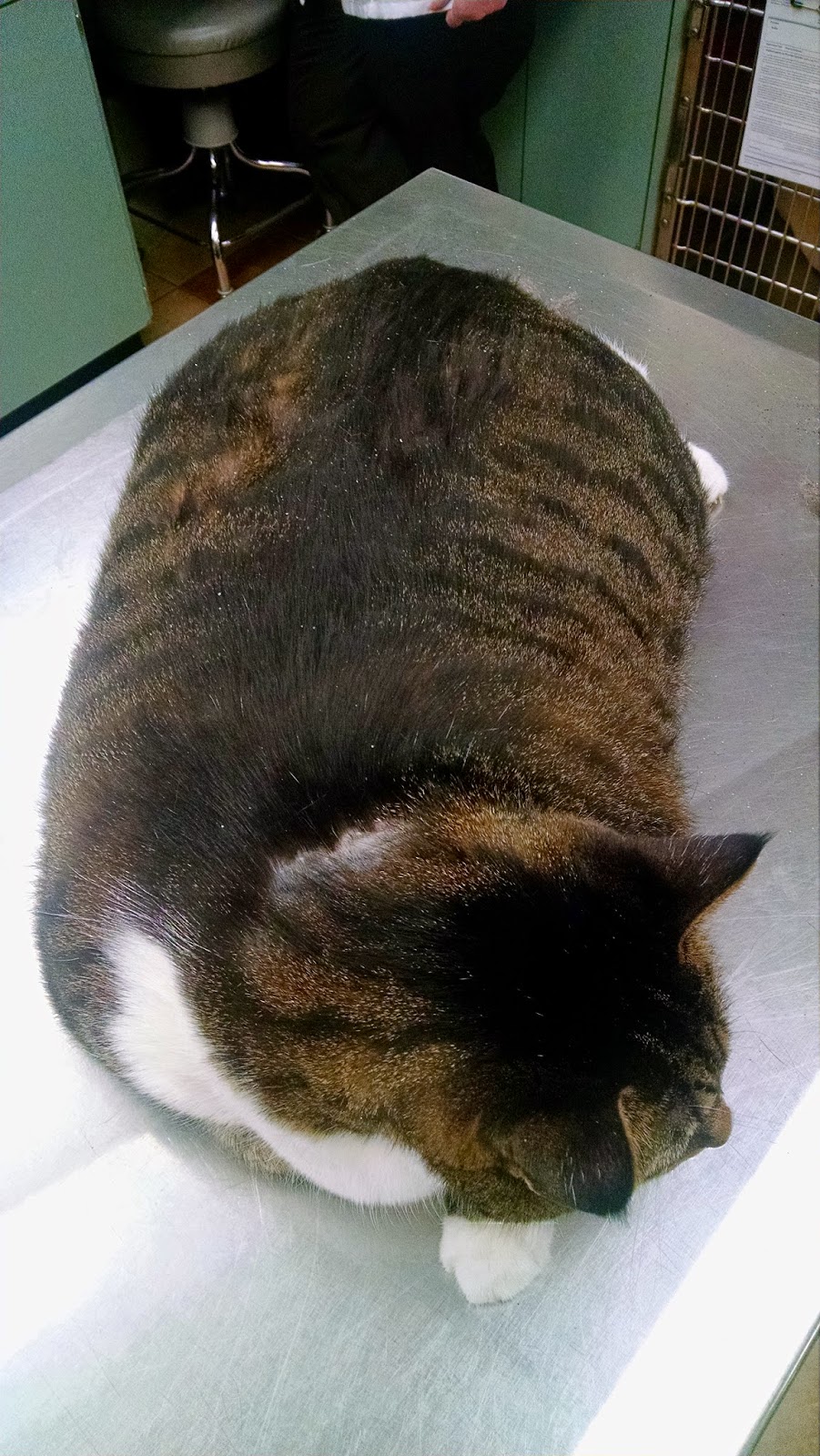 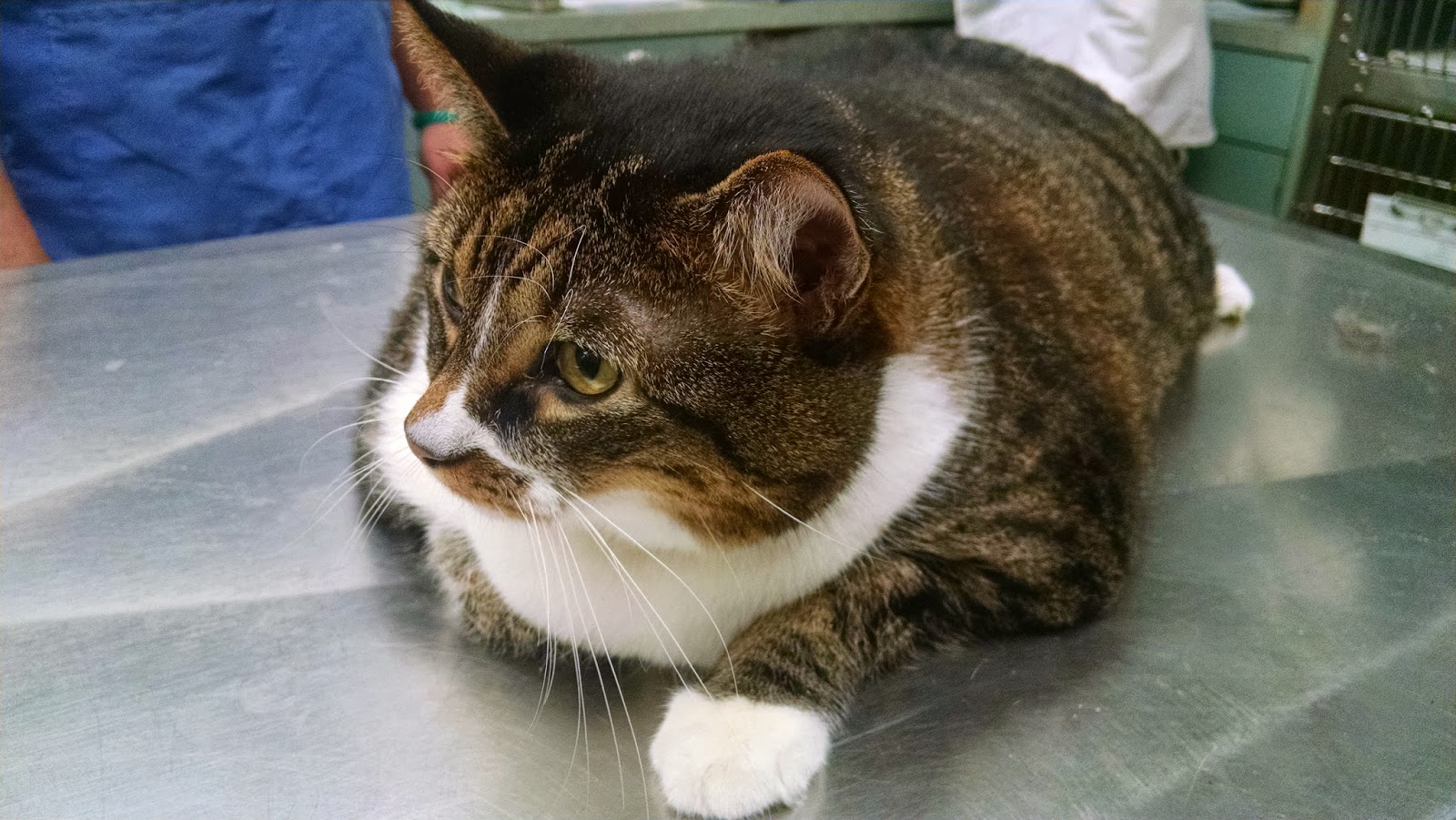 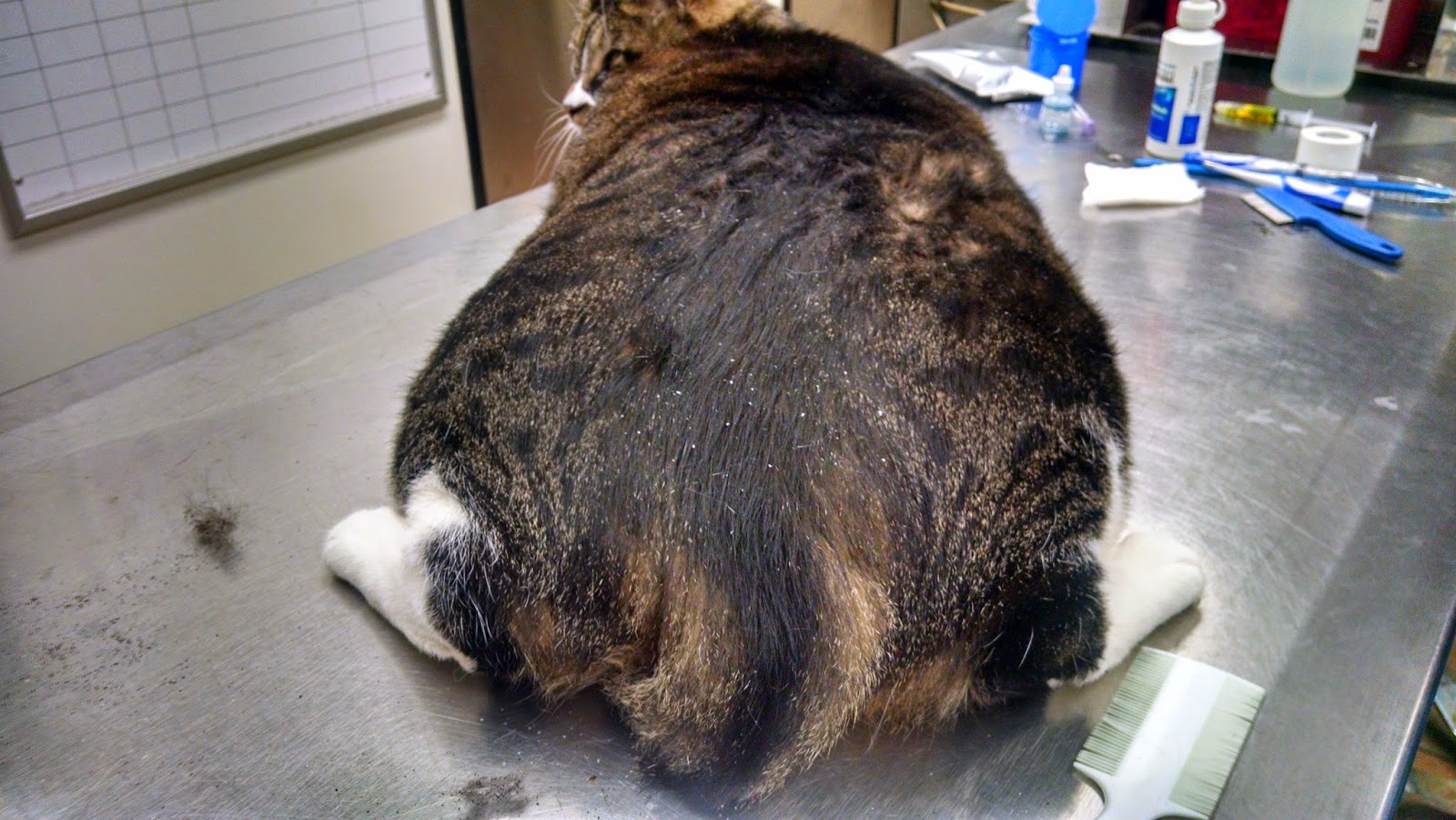 As you can see, the cat is morbidly obese.  When these pictures were taken he was 29 lbs (13kg), which was less than his previous visit weight of 33 lbs (15kg).  Considering that this cat should have weighed around 12 lbs (5.5kg) you can see the magnitude of the problem.  At his peak he was essentially carrying around three cats on his frame!  In human terms this is equivalent to someone who should weigh around 150 lbs (68kg) actually weighing over 360 lbs (163kg)!

This isn't cute.  This isn't fluffy.  This isn't something to ignore.  This is sad and should never have happened.  The cat is suffering because he really can't easily move around.  It requires a lot of strength and energy to move that much weight and his body isn't designed to do so.  And it puts him at a significant risk for serious disease.

Just a few days ago I saw a sick cat.  He was 13 years old and hadn't been to a vet in many years because he never acted sick.  This cat was obese, and when we ran lab tests we diagnosed severe diabetes with significant complications.  Due to the life-threatening nature of his condition and the costs involved in treating him, the client had to euthanize him.  If he wasn't obese, he may never have developed that disease.
The good news is that the client is taking this seriously.  It's impressive that they were able to get a 4 pound weight loss in a month or so, and they're continuing to work on further loss.  With proper treatment and diet, he has a good chance of losing the weight and becoming healthier.
Posted by Chris Bern, DVM at 6:31 PM