Lipomas are a common occurence in dogs, especially those that are overweight and at least middle-aged.  We typically consider these benign growths and rarely do we talk about surgically removing them.  Once a dog starts to develop one lipoma the chances of developing more of them increases.  It is also common to leave some cells behind, potentially resulting in regrowth at that location.  If we remove one or two of them there is no guarantee that more won't form.

When we do remove them it is usually because either they are rapidly growing and thus have a higher likelihood of malignancy, or because they are affecting the dog's mobility.  The latter was the case with a dog we recently saw, who we'll call Lumpy.

Lumpy is a sweet older chocolate lab who had had multiple lipomas for several years.  A few of them had been growing, and one on his left front leg was starting to interfere with normal movement due to its size.  After discussion with the owner it was decided to remove that lipoma as well as two larger ones elsewhere on his body.

The surgery was a long one but went smoothly.  I was able to get all three large lipomas out, as well as some smaller ones that were right next to them.  The challenge came in closing up all of the open space (what we call "dead space") that used to be taken up by the mass.

Here's what Lumpy looked like before going home.  I kicked myself for not taking pre-surgical pictures!  But you can get an idea of the locations. 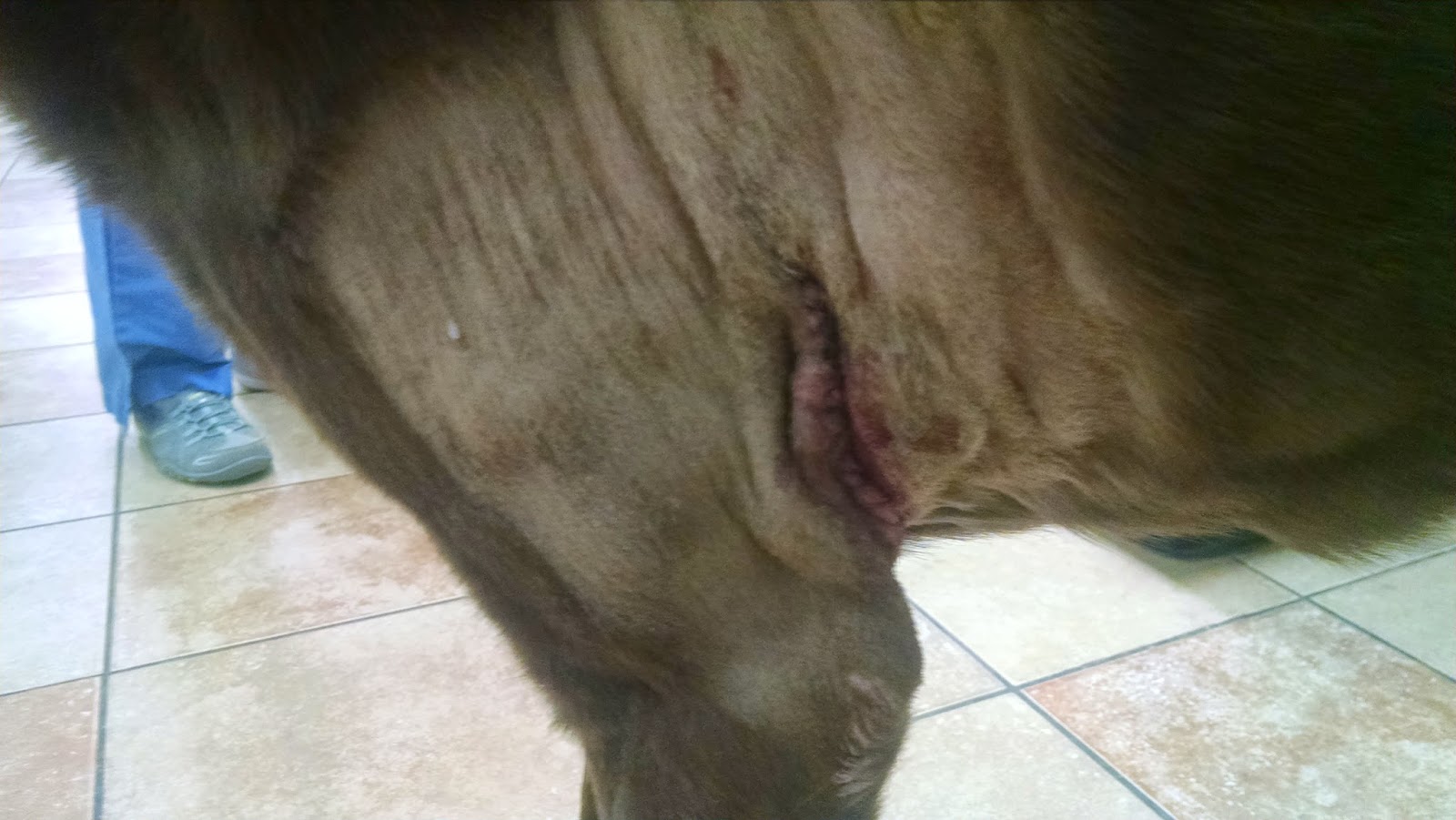 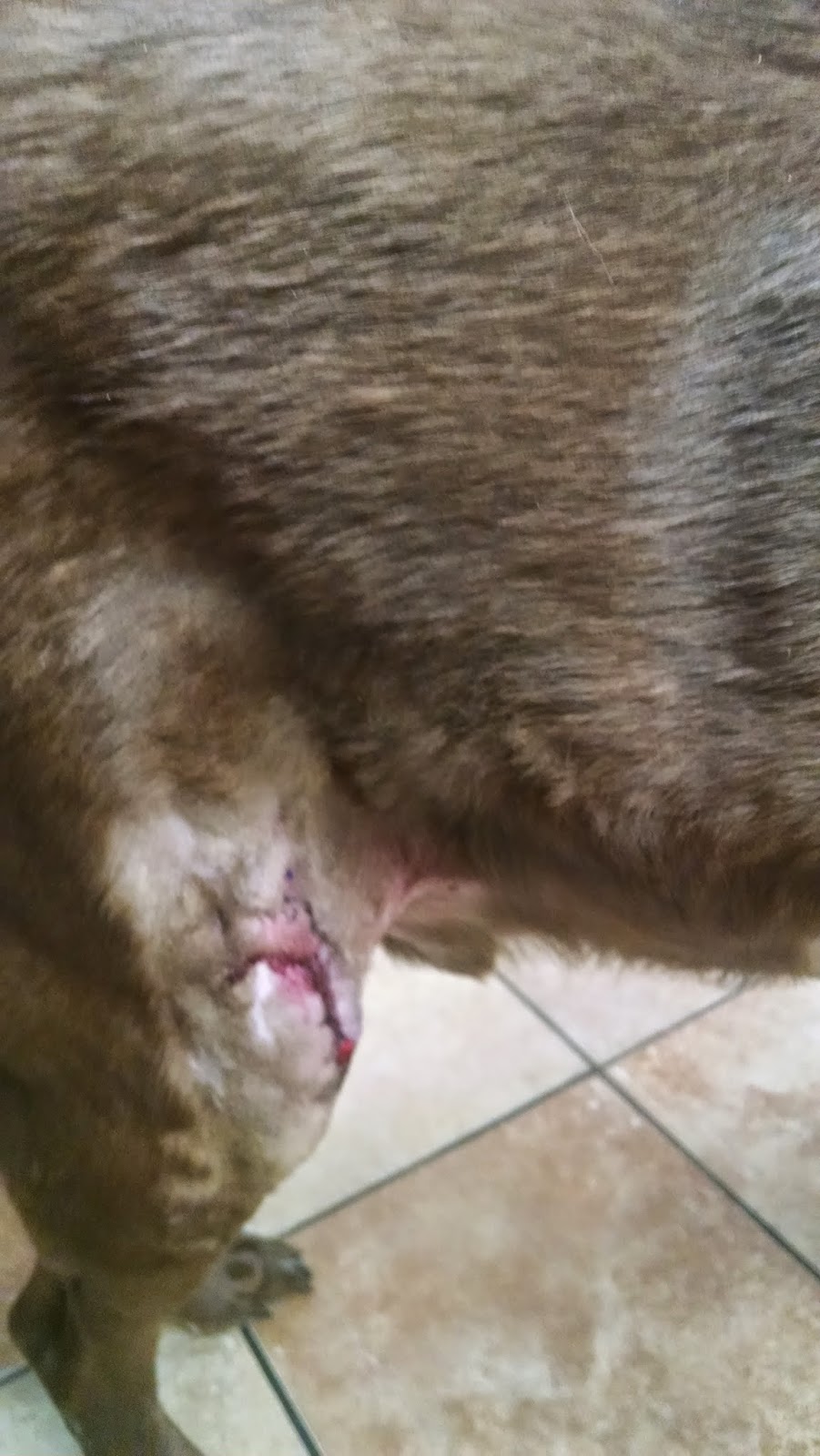 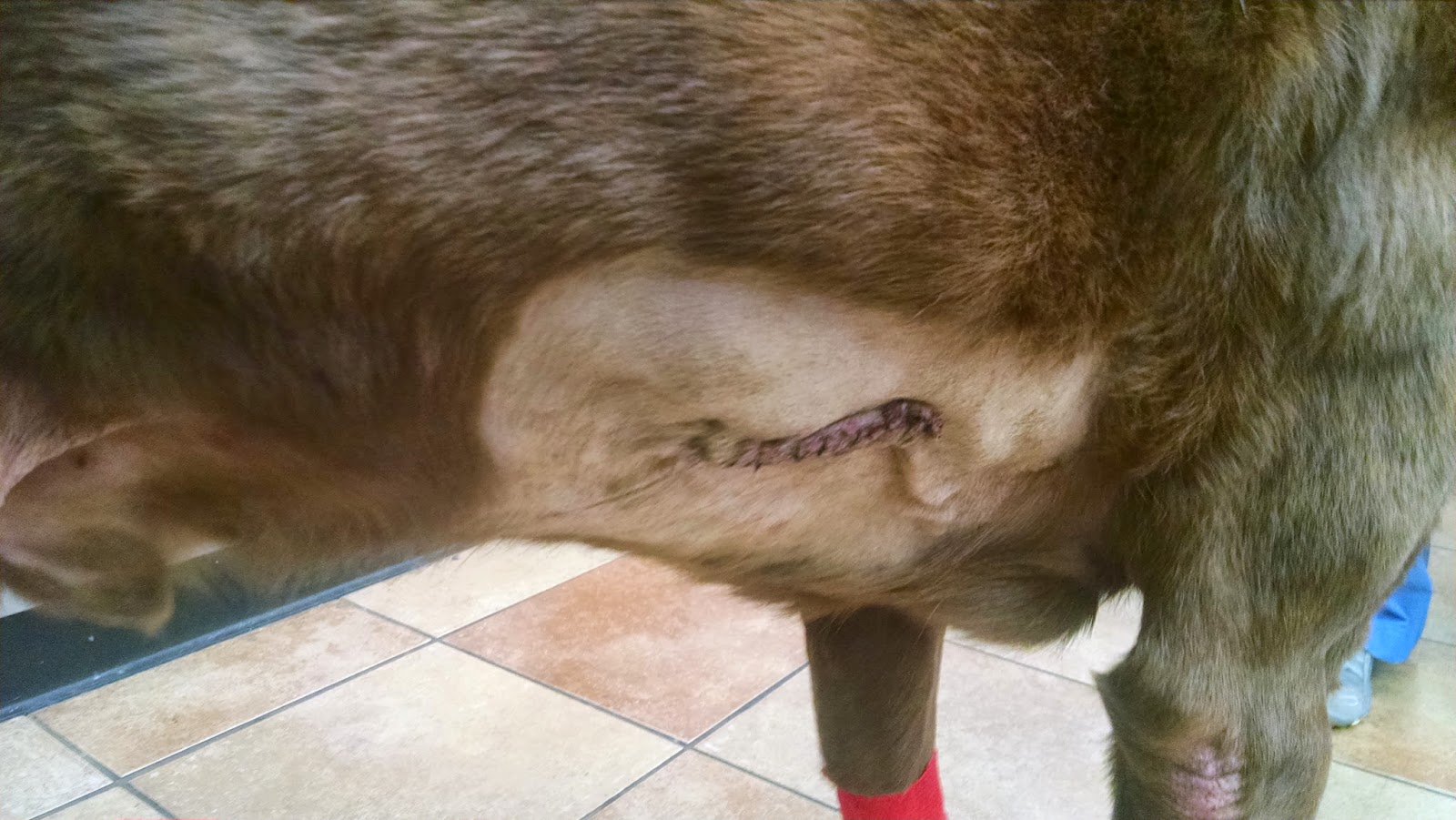 Here is a great photo of the lipomas together.  That's my hand to give you a sense of scale.  The largest one (top right) was the one around the left elbow and shoulder.  As you can see, they are huge! 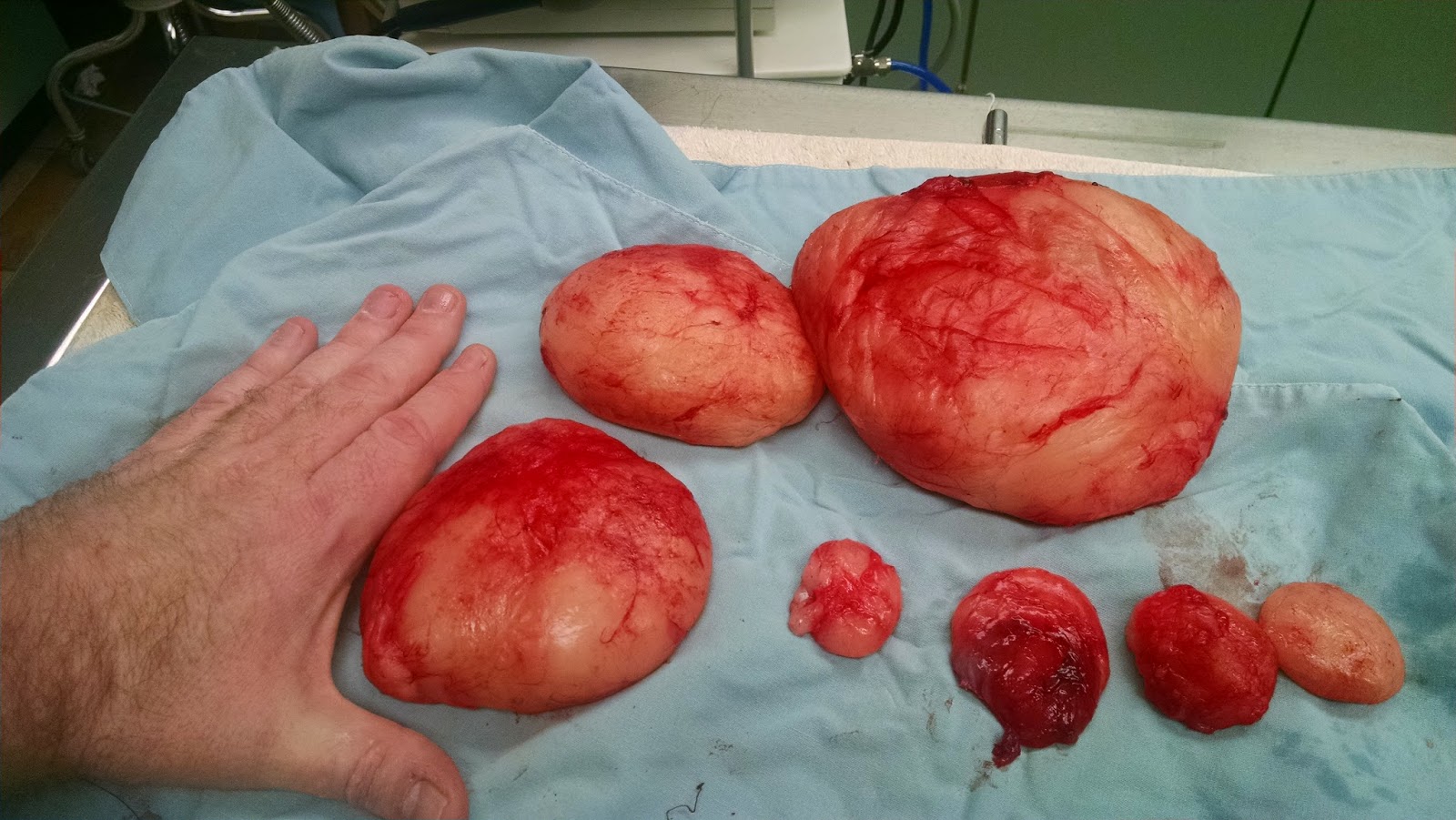 Believe it or not, these aren't the largest I've seen on dogs.  I had one patient that had a lipoma covering the entire side of its chest.  And we didn't even come close to removing all of the lipomas on Lumpy.  He still has at least a good half-dozen small ones scattered over his body.  But he's doing well and the owners are glad that he can move a little easier now.
Posted by Chris Bern, DVM at 6:44 PM