Recently there has been a lot in the news about outbreaks of canine influenza.  So I thought I'd take the time to give my perspective on this disease, and try to caution dog owners not to freak out.

Back in 2004 there was an outbreak of canine influenza.  A vaccine was manufactured and has been available for several years.  However, it hasn't seen wide-spread use because the disease had appeared in isolated pockets and was not even seen in every state.  I live near Atlanta, Georgia, and have carried the vaccine only because a couple of local boarding facilities required it, not because we were worried about dogs contracting the disease.

Two months ago (March 2015) there was a large outbreak of canine influenza in Chicago.  The virus spread and so far has infected over 1000 dogs.  Analysis of the virus revealed an important difference.  For those who don't know, flu viruses have different strains, which is what makes the human flu vaccine less effective in some years than others.  The previously documented canine flu was a strain called H3N8.  The outbreak in Chicago was shown to be H3N2.  While the symptoms and progression are pretty much the same, tracking the and preventing the virus is different with each strain.  The H3N2 strain is believed to come from Asia, especially China and South Korea, and is not native to the US.

Currently this is a rapidly developing situation.  Dogs have been identified in several states besides Illinois, including Indiana, Wisconsin, Iowa, Texas, and now Georgia.  This development has reached my local news outlets because it's the first time a dog has ever been confirmed to have any kind of influenza in Georgia.  And we found out two days ago (May 20th) that it's the H3N2 strain, as is the case in the other states.  It's obvious that the virus is spreading around the country.

Now I realize that sounds scary.  And if you watch TV or read the news, it is being reported as a "deadly disease", resulting in many frightened dog owners.  My clinic has been getting calls every day since the news broke last week, and I've spoken to several clients about the disorder.  Here's my simple response to people when they ask about canine flu. 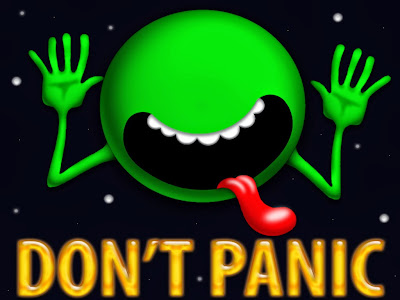 One of the biggest beefs I have with the media is the constant mention of it as a "deadly" disease.  While on the surface that is true, it doesn't give the whole picture.  Of the over 1000 dogs who have been infected, only a handful have died, and the number totals to about 1% or less of those infected.  This means that 99% of dogs who develop flu will survive and be fine!  I bet you haven't seen that in the news.

So what exactly is canine flu?  Really, it's pretty much like flu in humans.  The dogs will develop respiratory signs such as coughing, will be lethargic, and will have a fever.  Since it's a virus it won't respond to antibiotics.  Tests are available but have to be sent out to a diagnostic lab and can't be confirmed in the vet's office.  Right now we are more aware of the virus and therefore are more likely to want to test for it, even though most dogs won't have it.

Do you panic about getting influenza? Most likely you don't.  We know about the vaccine in humans, but many people never receive it.  Honestly, I don't get it.  If a person gets flu, it makes us feel rotten for several days, but we are rarely hospitalized for it.  Most of the time we take antiviral medications for a couple of days, stay home, rest, and drink fluids.  It's inconvenient and makes us miserable, but in most cases it doesn't kill us.

Can influenza kill?  Absolutely!  Many millions of people have died from influenza virus over the course of human history.  Even with modern medical practices people can die.  But those who develop fatal disease are most commonly the very young, the very old, or those with a compromised immune system.

The same is true in dogs.  Your average dog who becomes infected will indeed be very sick, but will survive.  Young, old, or weak dogs could possibly die.  But when the mortality rate is less than 10% and probably closer to less than 1%, I'd hardly consider that a "deadly disease" as the media seems to want to make it out to be.

So what about the vaccine?  That's where the strain differences come up.  The current vaccine protects pretty well against H3N8.  We honestly don't know if it gives any protection against H3N2, and from what I've read the general option among immunologists is that it probably gives no protection.  That means that even if your dog receives a flu vaccine it could still become infected with this new strain.  So I wouldn't recommend running to your vet today to demand the immunization.  It probably won't help!  I have read that researchers are rapidly working on a vaccine for the H3N2 strain, but it's not coming out any time soon.

What can you do to protect your dog?  Like with human influenza the canine version requires direct or close contact in order to be transmitted.  Dogs who board, go to dog  parks, get groomed, and are in shelters are at the highest risk.  But that's just like saying that humans who interact with the public are at a higher risk.  I certainly interact with the public every day of my job, and see around 100 people per week, not including outside of work.  In 18 years of being a vet I've had influenza once, and I've only bothered getting the vaccine a couple of times.  In general I wouldn't say that pet owners should stop taking their dogs to the groomers or the park.

The last thing to keep in mind is that this is a very quickly changing situation.  We have known about canine flu in Georgia for exactly a week.  So far it's only one case, but over the next few weeks that could rapidly change into many more.  It's also possible that we could end up seeing cases in Atlanta that equal or surpass what has been seen in Chicago.  And just because the virus has been identified in less than 10 states doesn't mean that it won't hit the other 40.

For those of you who like bullet points, here are some take-aways....
If you have questions about this disease, call your vet's office.  The situation is being closely watched by the veterinary profession, so most vets should be familiar with what's going on in their local area and state, and what precautions dog owners may need to take.

***Bonus points to the geeks and sci-fi fans who recognize the image above!
Posted by Chris Bern, DVM at 10:00 AM