Yes, I've been a bit AWOL from this blog for the last several weeks, but I'm now back to writing.  I typically write entries for my blog during slow periods at work or evenings at home.  Business has really picked up in the last two months (a good thing!) keeping me from having time to sit down at a computer during the day.  Additionally, I've been in rehearsal for a play which just finished its run this past weekend.

My whole family does community theater, and though it's an interest of mine it is a real passion for my wife and daughter.  Most of my evenings for the last few weeks have been taken up with rehearsals or performances, typically after work.  Recently I have been leaving for the clinic at around 8:15 in the morning, working until 6-7pm, then driving to the theater where I would stay until 10-11pm.  That made for some very long days!  And I didn't feel like doing much when I finally did make it home about 15 hours after I had left.

The play I just finished was Exit The Body, a mystery farce and one of the funniest plays I've had the pleasure to be part of.  It was especially enjoyable as my wife was cast as my wife in the play, so we got to do the show together and act "mushy" on stage.  My character was a bit of a departure for me, a rather effeminate or "fopish" New York socialite in the fashion industry.  It was a great part and one that allowed me to stretch my comedic acting skills.

Here are photos from one of the rehearsals.  Nobody is in costume.  I'm the one on the left with the beard. 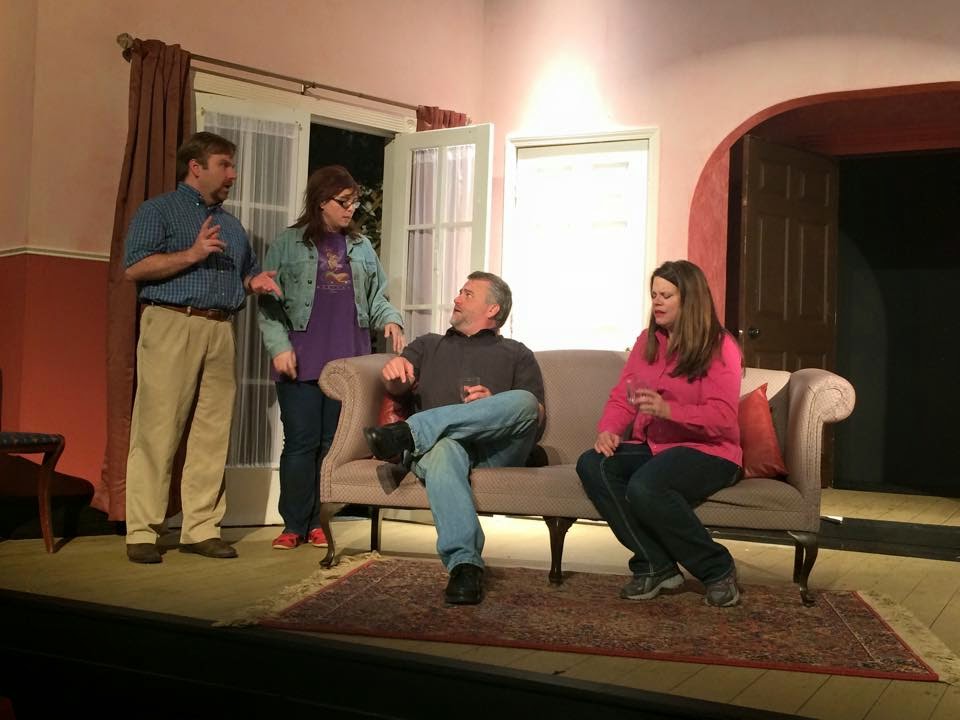 And here's a picture from backstage at one of our performances.  The guy in front on the left is one of our friends in the theater, Mike.  The beautiful woman in the middle is my wife. 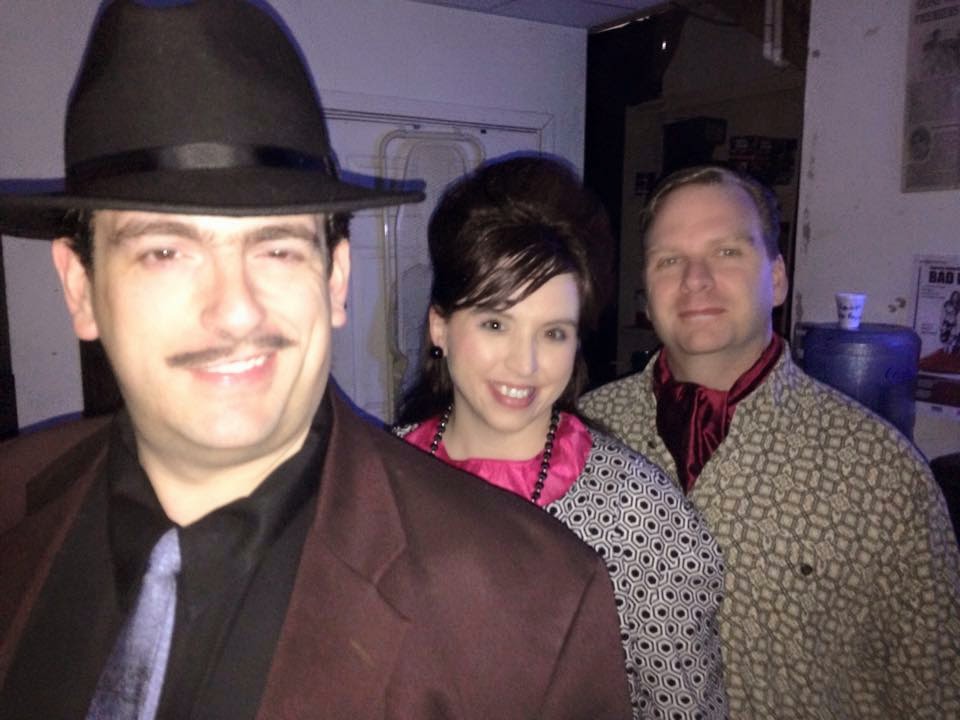 These are some photos from the show.  For some reason I get my picture taken when I'm near those doors on stage right! 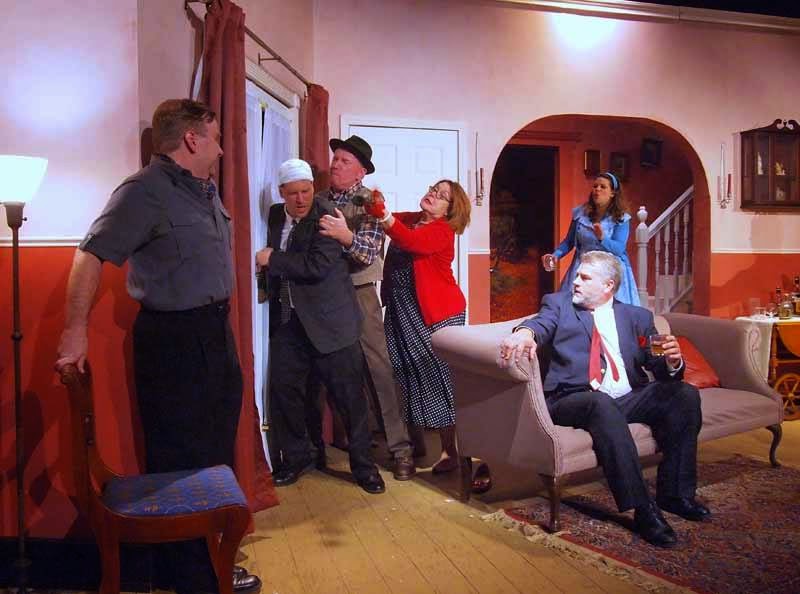 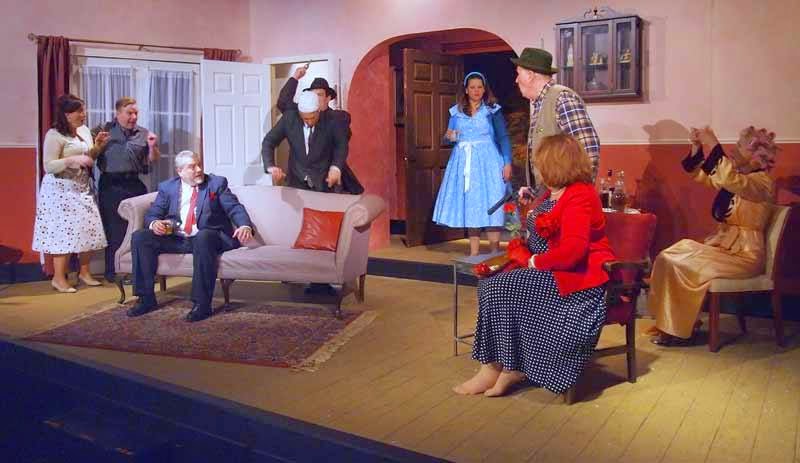 And a group photo of the cast and crew. 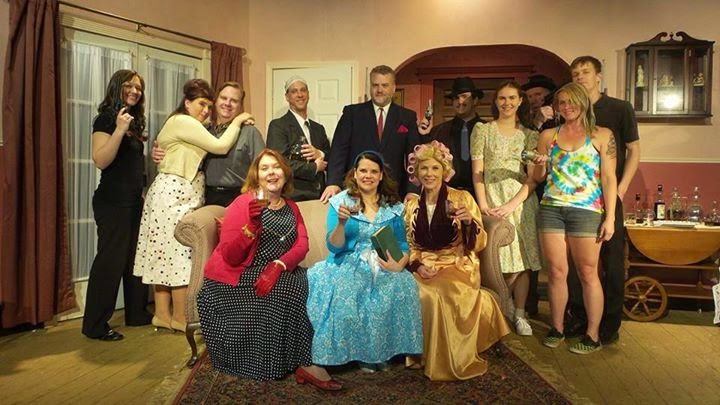 Several of my clients know that I participate in community theater and have asked about coming to shows.  One of them has taken to calling me "doctor-actor" whenever I see him.  This time one of them actually did show up, and she had a great time.

There will be auditions for another play in a few weeks, and we're going to try out for it.  This one is a comedy, Duck Hunter Shoots Angel, written by Mitch Albom (who did Tuesdays With Morrie).  We'll also likely be cast in Arthur Miller's classic The Crucible later this year.  But for now things have calmed down and I can get back to a regular routine!
Posted by Chris Bern, DVM at 8:20 PM