Why Superman Is Super.....Poignancy In Comic Books

It is a great time to be a comic book fan.  Movies and TV shows with our favorite characters are breaking records and gaining ratings.  But it still goes back to the printed comics, the artists and writers.  Some writers are better than others, and us die-hard fans can talk about the stories of various people like David, Claremont, McFarlane, Miller, and Johns (if you're a true fan you'll immediately recognize those names).  It seems that some writers "get" a character better than others.

For example, let's look at Superman.  He is arguably the single most recognized superhero on the planet.  While he's certainly not my favorite character, I admire some things about him when he is written correctly.  Many people think that the power of Superman comes from his invulnerability, strength, vision, speed, or any of his other powers.  But that's not the point of his character.  Though he is an orphaned alien and one of the most powerful beings in comics, his true power comes from his humble upbringing in Smallville, Kansas.  It's the humanity and morality instilled in him by the Kents that makes him such an amazing character.  This background makes him a true hero, and gives him the drive to keep control over his powers.

I want to share some panels of a Superman comic that is really powerful and illustrates this point clearly.  This is the kind of hero we need, not the gritty, dark tone set in recent movies.  (click here for a larger version) 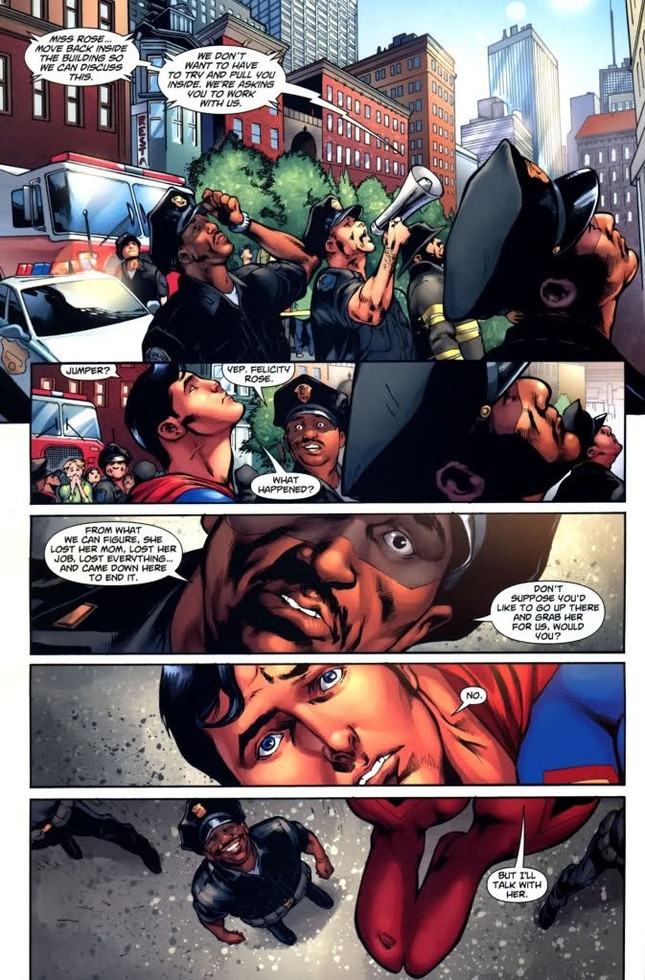 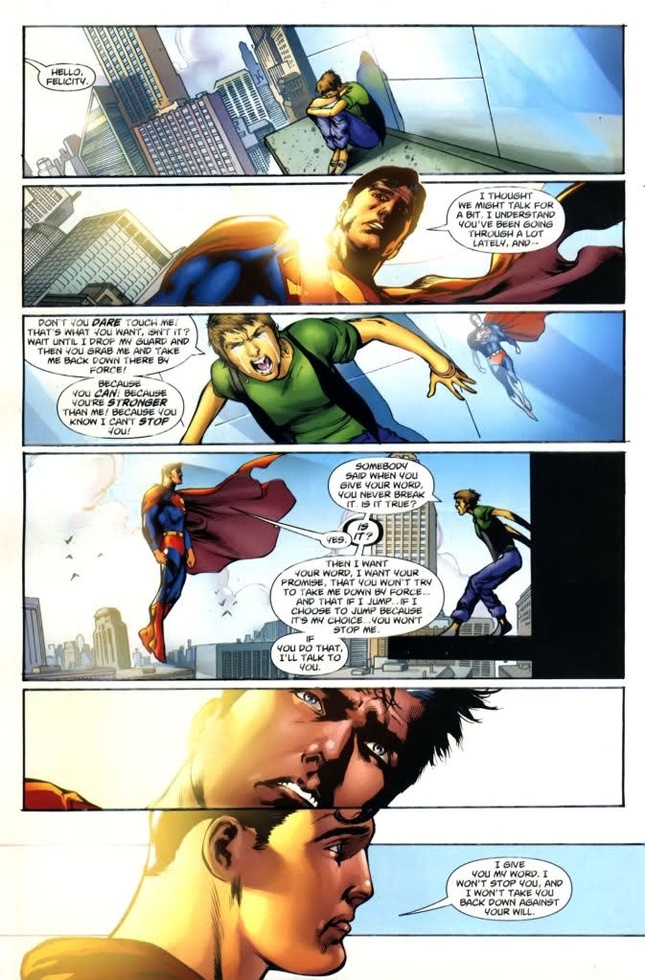 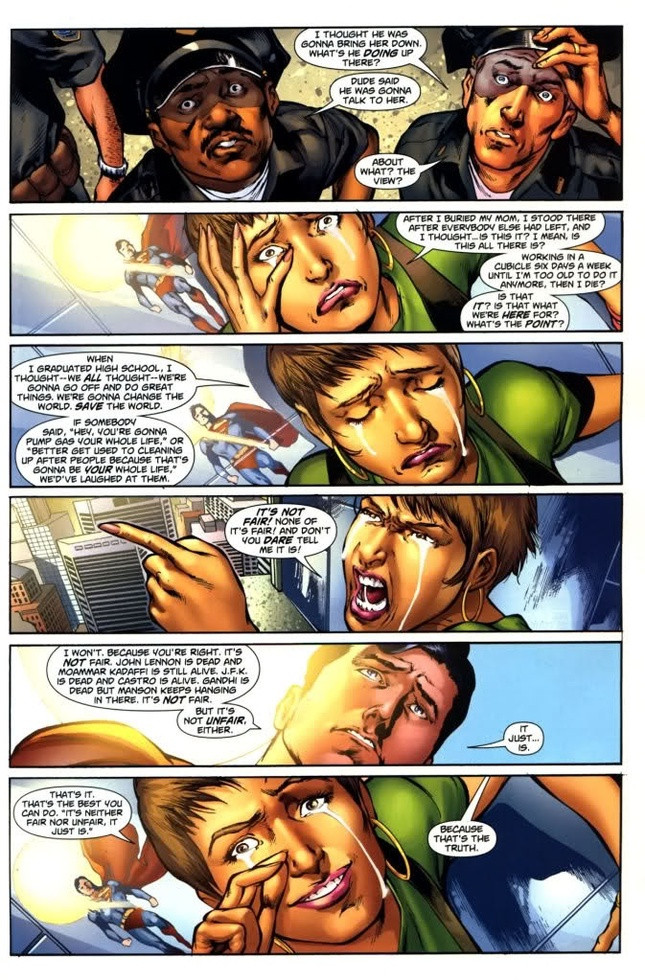 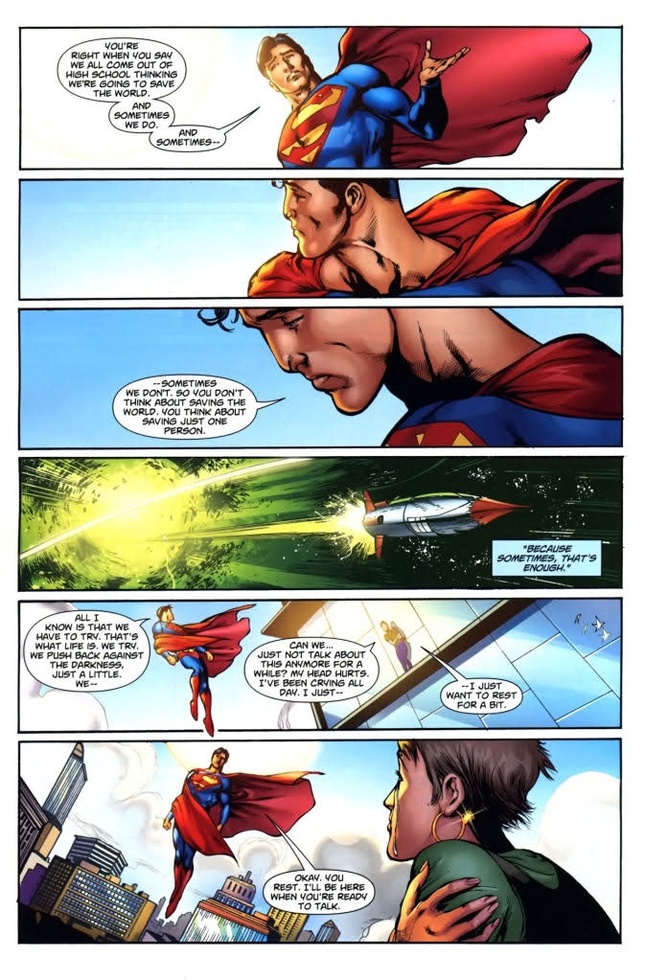 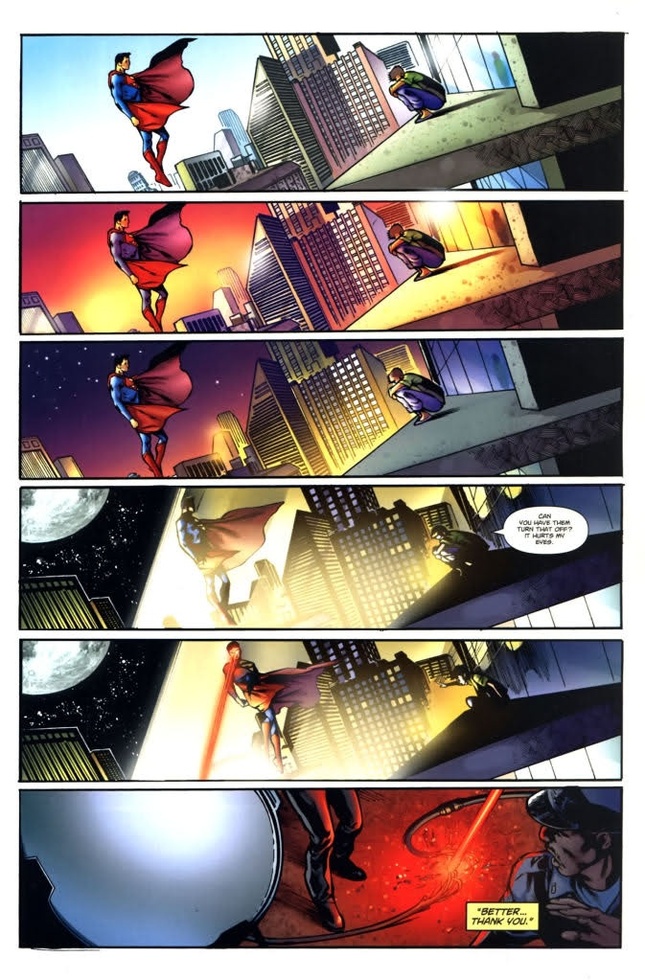 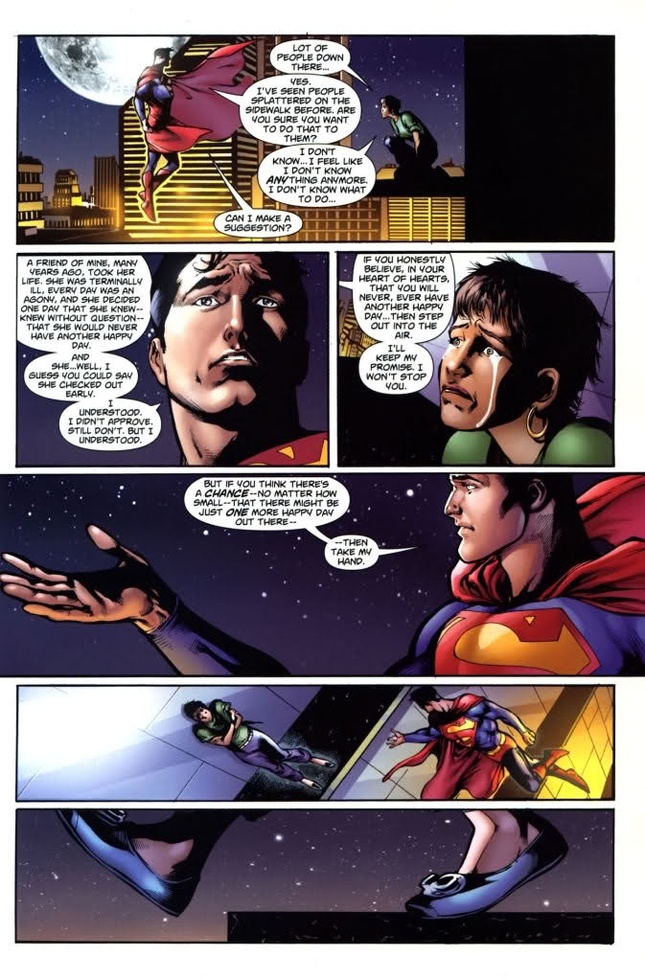 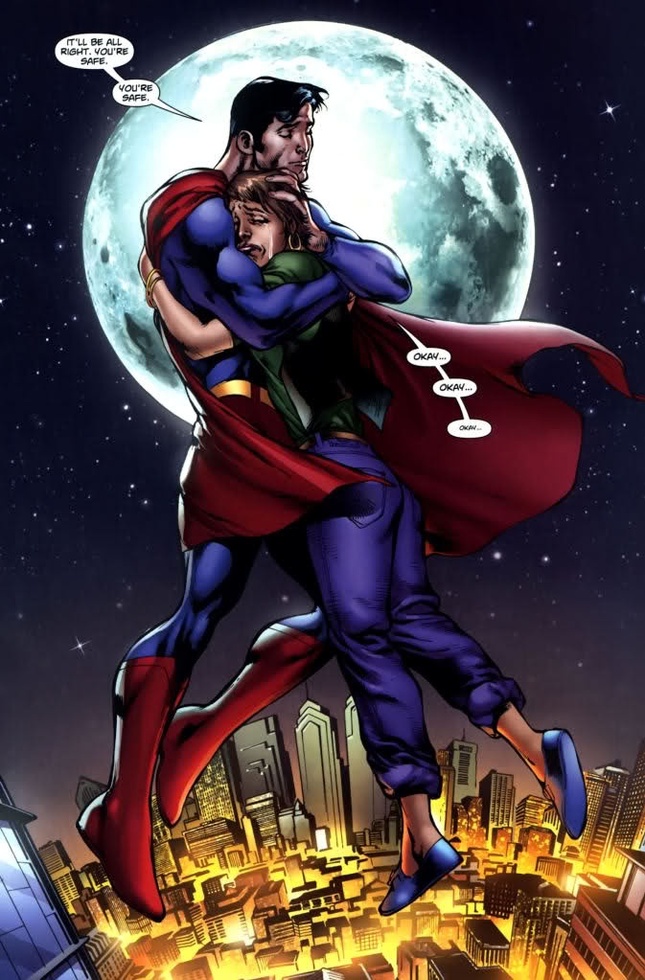