My little bearded dragon (who I still haven't named) is settling in well.  He's getting used to his tank and has been eating well, which is helping my anxiety a bit.  So I thought I would share some pictures of him.  You can see his missing left hind leg. 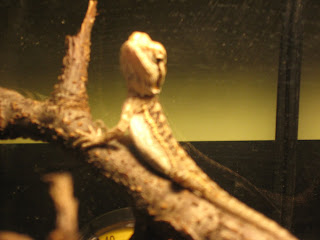 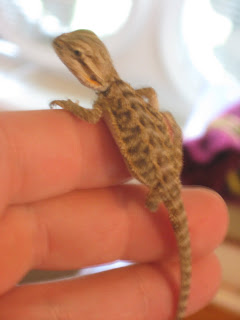 My daughter is especially gleeful about him joining our family.  Today she got to hold him by herself for the first time, and you can see the expression on her face.  She's the daring animal lover in the family. 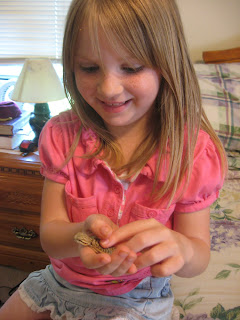 Now, my wife is still not certain about him, even though she allowed me to bring him home.  She refuses to touch him at all. However, she has admitted that he looks cute perched on his branch, and was curious to watch him eat his crickets.  So I can see some glimmers of a possibility of her actually holding him at some point.  It may be a while, but I'm being patient.  Simply being allowed to have one is a big step for her.