Lately I've been toying around with different design options for this blog, wanting to change things up a bit.  One of the things I wanted to do was have something related to superheroes, as comic books have always been one of my biggest interests.  I searched for free clipart and even considered purchasing some images.  Then I became reintroduced to a web-based program called HeroMachine.

Years ago I played around with an early version and had fun making different characters.  The latest iteration is a bit more robust than what I previously used and is surprisingly flexible.  My artistic abilities aren't great, and I was able to create an image that was surprisingly good. 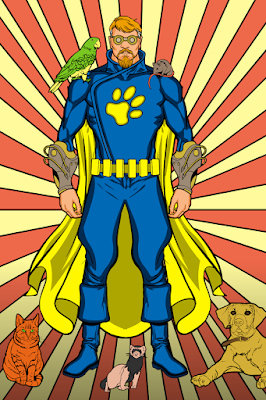 I'm not completely sure what I'll do with it in this blog, but it was a blast to make.